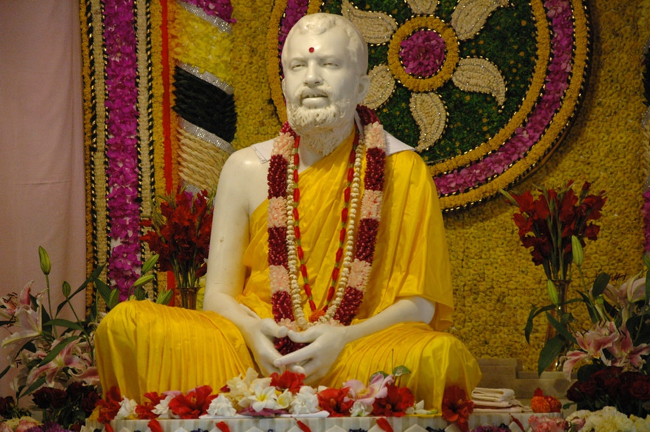 FRIDAY, MARCH 8: In Hindu communities worldwide, today marks the birth anniversary celebration for Sri Ramakrishna, a Hindu mystic whose movement redefined modern Hinduism. Many Hindu legends date back thousands of years, but it was during a modern time of Western influence that Ramakrishna made an impact: as true Hindu devotion was eroding, Ramakrishna warned, it was time to revive the faith.

Many accounts verify the God-like essence that surrounded Ramakrishna, and his God-consciousness is described in various books (including works on psychology). Yet despite his mission to unify India, this mystic and teacher also taught an appreciation for other religious traditions. Ramakrishna’s small room in the Dakshineswar temple garden was frequently filled with men and women, young and old—atheists, Hindus, Muslims and Christians—all anxious to see and hear him. Ramakrishna became renowned for explaining the mysteries of God in the language of the common man. A modern tradition within Hinduism, the Swaminarayan sect follows the teachings of Lord Swaminarayan (1781-1830 CE), an avatar of Vishnu. (Learn more about this sect from Wikipedia.) Born in Northern India, Lord Swaminarayan became renowned for social and moral reformations. At age 21, he founded this spiritual movement and initiated 3,000 monks; at this time he promised to remain forever with his followers through a succession of gurus. Several followers compare Lord Swaminarayan to Lord Rama, both worshipped on this day, and point out their likeness in deep compassion and piety that attracted rich and poor, young and old.

Devotees begin Swaminarayan Jayanti in worship, observing a fast that lasts through the following morning. (Swaminarayan followers can find a community at BAPS.org.) Though they partake of no food or water themselves, the followers travel to temples and offer bountiful feasts to sacred images of Swaminarayan. Finally, at 10:10 p.m.—the moment of Swaminarayan’s birth—rituals are performed and devotees chant, sing and reenact portions of Swaminarayan’s life. Festivities continue through the night and into the next morning, when the strict fast is lifted.