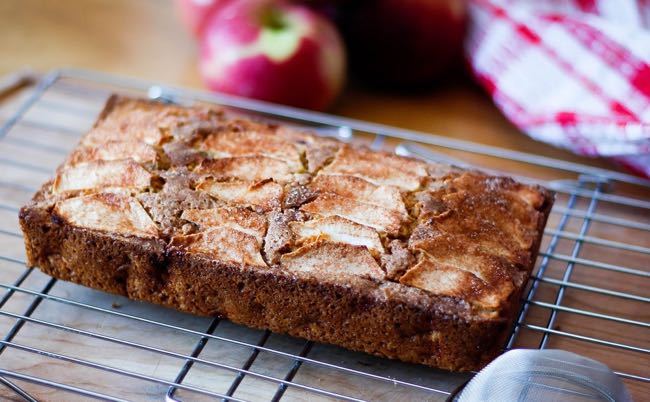 For two days, Jews around the world attend services, seek forgiveness and joyfully enter the annual High Holy Days. Sometimes called the Days of Awe, this period culminates in Yom Kippur, the solemn Day of Atonement starting at sunset on Tuesday, September 18 this year. One description of this period says, in essence, that G_d opens the books of judgment as the New Year begins; on Yom Kippur, the judgment for the year is “sealed.”

APPLES AND HONEY FOR A ‘SWEET’ YEAR

Honey and apples are the most famous holiday foods for Rosh Hashanah—often seen on holiday cards and other media as a reminder of the joy in welcoming a “sweet” New Year—but other foods, including dates and pomegranates, have ancient associations with the New Year and still are enjoyed in Jewish communities around the world.

Looking to pair your favorite apple variety with its ideal type of honey? Check out this article from epicurious.

For apple-and-honey recipes, try an apple and honey cake from Haaretz; or try one of the recipes that will “impress your Jewish grandma,” according to Buzzfeed.

THE HEAD OF THE YEAR & THE SHOFAR

Literally “head of the year,” Rosh Hashanah was never referred to by name in the Bible; rather, references in Leviticus were made to Yom Teruah, the day of the sounding of the shofar. There are many stories and lessons associated with the blowing of the shofar now, but the Bible does not clearly explain the symbol. In the synagogue, 100 notes are blown each day of the New Year festivities; some refer to this noise as a “call to repentance.”

A lesser-known Jewish tradition related to Rosh Hashanah is Tashlikh, or “casting off.” After filling their pockets, devotees walk to flowing water and empty their pockets, thereby symbolically “casting off” the sins of the old year.

Hoping to better understand the meaning behind five of the most popular Rosh Hashanah traditions? Learn more from this article, courtesy TIME.

Attention: Rabbis (and any Jew looking to reflect): In a day and age when examples of atonement from public or well-known figures can be hard to find, this piece from the Washington Post provides inspiration and ideas, as well as specific examples.

TO INTRODUCE our coverage of the Jewish High Holidays, ReadTheSpirit magazine welcomes author and Jewish scholar Joe Lewis as well as our regular Holidays columnist Stephanie Fenton. In addition to this column, you’ll enjoy these other new stories for Rosh Hashanah: A man holds a shofar. Photo courtesy of Wikimedia Commons

SUNSET WEDNESDAY, SEPTEMBER 24—Rosh Hashanah is one of four “new years” in the Jewish calendar. (Our civil calendar has several new years, too, including: a school year, a tax year, a calendar year and others.) The Jewish calendar counts years from Rosh Hashanah, even though the Torah says this festival is “the first day of the seventh month” (Num. 29:1).

Monarchies count regnal years from the monarch’s accession—1 James, 2 James, and so on. In the same way, the Jewish calendar counts years from the time of creation, when God became sovereign of the created universe. We declare that “Today is the birthday of the world.” On the evening of September 24, by traditional Jewish numbering, we begin the year 5775.

In the Torah, this holiday is a time of “teru’ah” (Lev 23:24; Num 29:21), which today refers to a musical note blown on the shofar, an instrument made from a ram’s horn. Our liturgy celebrates three concepts of the day: God’s sovereignty, God’s “memory,” and the shofar blasts. It’s as if we renew our loyalty to our sovereign God with a noisy coronation parade, confident that our omniscient ruler will dispense perfect justice.

This is good news for anyone free of “undivulged crimes / Unwhipped of justice” (King Lear, III:ii); the rest of us have reason to tremble as we reflect on our personal and communal failings of the past year. The Torah mentions God’s “book” (Ex 32:31-32) of people who are free from sin. Our liturgy builds on this image and we pray for the ability to repent and be forgiven for our failings and to be inscribed in the “book of life.”

The traditional greeting, Leshanah tovah tikatevu vetechatemu (may you be inscribed and sealed for a good year) starts the year with plural passive subjunctive verbs, displaying our command of Hebrew grammar.

LEARN MORE ABOUT THE HOLIDAY

SUNSET WEDNESDAY, SEPTEMBER 24—Tonight through Yom Kippur, Jews will observe the Days of Awe, asking and granting forgiveness and repenting sins. This period also is commonly referred to as the Jewish High Holidays. There are variances throughout the season, depending on each individual’s approach to Jewish observance and to other factors, including a family’s ethnic origin. There are Jewish communities with long histories in many parts of the world. (Learn more from Jewish Virtual Library and Wikipedia.)

Greet the New Year 5775 with crisp harvest apples, sweet honey and fresh figs. In addition to our own FeedTheSpirit column, with a link above, more recipe ideas are at Newsday, Chabad.org and Eating Well.

Looking for a healthier adaption of traditional recipes? Learn tips and tricks from this article in JWeekly, where a mom melds generational recipes and her family’s healthy eating habits.

In the News: Popular Jewish a cappella group the Maccabeats recently released its newest music video, entitled Home, shot against scenes in Jerusalem. Known for its style of mixing original lyrics with the lyrics of other popular artists, this video features sounds from One Direction, Andy Grammar, Daughtry, Diddy and Phillip Phillips. Check out their video here.

BLOWING A SHOFAR: HARDER THAN IT LOOKS

The folks at Four Corners of the Earth, who among other things are working with a small Jewish community in Ghana, produced this brief video featuring a visitor who tries to blow the shofar and a little boy from the village in Ghana who obviously has a talent for it. Enjoy!