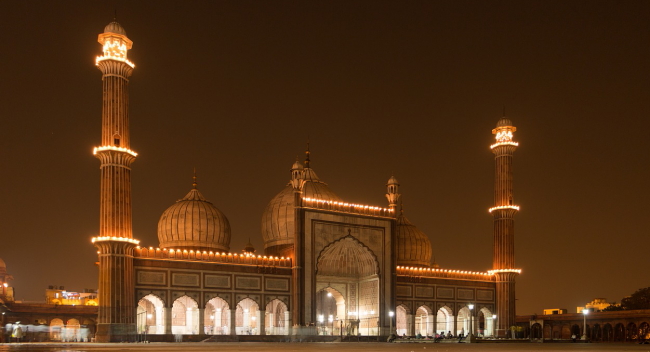 Photo by suhailsuri, courtesy of Pixabay

SUNSET SATURDAY, MAY 8 and SUNSET WEDNESDAY, MAY 12: The holiest night of the Islamic year arrives for Muslims worldwide, with the Night of Power (Laylat al-Qadr); though Muhammad did not reveal precisely when the Night of Power occurred, the 27th day of Ramadan is a traditionally held date (May 8, this year). Known by many names—Night of Value, Night of Destiny, Night of Measure—Muslims note the anniversary of the night the Quran was first revealed to the Prophet Muhammad via the angel Gabriel.

It is believed that on this sacred night, verses of the Quran were relayed to Muhammad in the year 610 CE, and angels descended to earth for the event. If a devoted Muslim prays in earnest for forgiveness of sins on Laylat al-Qadr and reads the Quran, it’s believed that the night is “better than 1,000 months.” 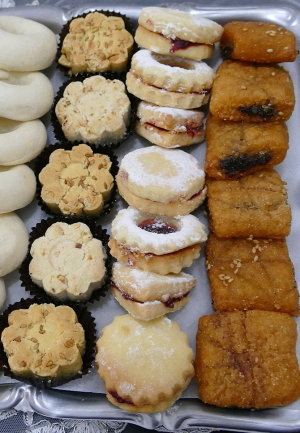 Following Ramadan, Muslims celebrate with a joyous festival known as Eid ul-Fitr. For Eid, worship is performed in congregation; visits are paid to family and friends; sweets are partaken in and shared; and carnivals, vacations and gatherings are common. Although more Eid events will take place this year than did last year, pandemic restrictions are still being enforced at most public events worldwide.

Did you know? In Egypt, Eid ul-Fitr is typically an occasion for neighborhood carnivals; in Asia, a celebratory dish contains toasted sweet vermicelli noodles and dried fruit; in Saudi Arabia, wealthy families buy large quantities of rice and other staples and leave them anonymously on the doorsteps of those less fortunate.

The grand holiday of Eid al-Fitr is referred to in many ways: the Sugar Feast, Sweet Festival, Feast of the Breaking of the Fast and Bajram, to name just a few. While adherents typically would spend ample time enjoying the company of family and friends and attending carnivals and fireworks displays, social distancing measures may restrict some of these types of activities in 2021.

With nearly one-quarter of the world’s population observing the Islamic faith, it is significant to note that, unlike most Muslim holidays—which may or may not be observed by all Muslims each year—the two Eid holidays (Eid al-Adha and Eid al-Fitr) are always commemorated universally.

STARTING SUNSET TUESDAY, JULY 7 (OR an odd-numbered night in the last 10 days of Ramadan): The holiest night of the Islamic year has arrives for Muslims worldwide with the Night of Power (Laylat al-Qadr). Known by many names—Night of Value, Night of Destiny, Night of Measure—Muslims note the anniversary of the night the Quran was first revealed to the Prophet Muhammad via the angel Gabriel.

It is believed that on this sacred night, verses of the Quran were relayed to Muhammad in the year 610 CE, and angels descended to earth for the event. (Learn more from On Islam.) If a devoted Muslim prays in earnest for forgiveness of sins on Laylat al-Qadr and reads the Quran, it’s believed that the night is “better than 1,000 months.” Sins are forgiven and blessings are manifold.

Muslims who can afford to spend the final 10 days of Ramadan in the mosque may choose to observe a form of worship known as I’tikaf. A fast observed during the day is supplemented with intense prayer and Quran study both day and night. (Wikipedia has details.) Nighttime meals are provided by most mosques to I’tikaf participants. Ten days of observance are ideal, but some participants follow the practice for shorter periods. Both men and women are encouraged to observe I’tikaf.

Muhammad did not reveal precisely when the Night of Power occurred. The 27th day of Ramadan is a traditionally held date, but as many of the odd-numbered nights in the last 10 days of Ramadan are still observed.

Muslims and non-Muslims can gain additional insight into Ramadan’s holiest night with this YouTube lecture by Dr. Zakir Naik, who explains Laylat al-Qadr. For an international perspective of Islam around the world, check out articles from AllAfrica and Morocco World News, explaining Nigerian Muslim views on Ramadan and Moroccans’ five most cherished Ramadan traditions. “The Night of Power is better than a thousand months. Therein come down the angels and the Spirit by Allah’s permission, on every errand: Peace! … This until the rise of dawn!” Thousands of Muslims pray at the Imam Muhammad Ibn Abdul Wahab Grand Mosque, in Qatar, on Laylat al-Qadr 2012. Muslims pray through the sacred night in the belief that deeds are worth more tonight than in 1,000 ordinary months. Photo by Omar Chatriwala, courtesy of Flickr

SATURDAY, AUGUST 3: For many Muslims around the world, this is Laylat al-Qadr, the sacred night in the Islamic calendar described by Muslims as worth more than 1,000 months in its spiritual influence. The observance sometimes is called the Night of Power, Night of Destiny or Night of Measures. On this anniversary of the revelation of the first verses of the Quran to the Prophet Muhammad, many Muslims spend the entire night in steadfast worship.

Note: Muhammad never specified the date of Laylat al-Qadr, although he did indicate that it fell during the last 10 days of Ramadan. Observance dates vary by up to a week, based on Muslim traditions and regions around the world.

AN EVENT UNPARALLELED IN HISTORY The year was 610 CE, in the Hira Cave in Mecca, when an event occurred that Muslims regard as unparalleled in history: Muhammad received the first revelation of the Quran, from the Archangel Gabriel. (Wikipedia has details.) Of note is that the first word uttered by Gabriel was Ikra, meaning “read,” considered remarkable by Muslims because Muhammad was illiterate. Muslims today take heed of Gabriel’s means of transferring the Quran to the Prophet—imprinting the words into his heart, rather than writing them down. The faithful literate continue attempts to “read” the Quran by thoroughly learning and gaining a deep understanding of its words. Throughout Ramadan and particularly on Laylat al-Qadr (and the last 10 days of Ramadan), Muslims pray, ask forgiveness and read or recite as much of the Quran as possible. (Get an insider’s view of Ramadan in Africa at AllAfrica.)

By refraining from food and water throughout the days of Ramadan, Muslims fulfill a major Pillar of Islam; by praying and reading the Quran, they gain a deeper faith in God and sincerity in worship. During the last 10 days of Ramadan, it’s reported that Muhammad commanded followers to strive the entire 10 nights to “look for” Laylat al-Qadr by engaging in extra worship. It’s believed that what distinguishes Laylat al-Qadr from other nights is Unseen by humans, so it is good practice to keep vigil all 10 nights.