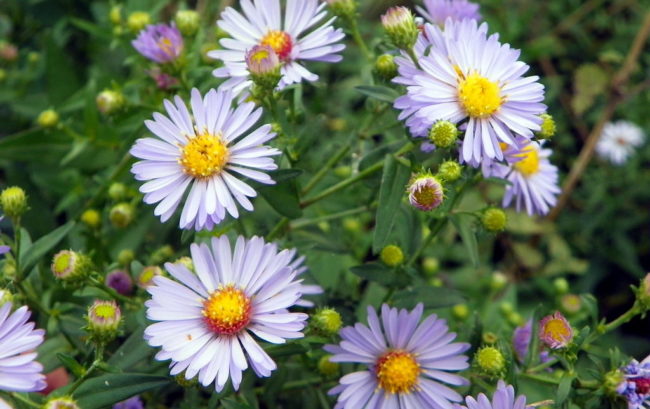 The Michaelmas Daisy (Aster). Photo by Peter O’Connor aka anemoneprojector, courtesy of Flickr

SUNDAY, SEPTEMBER 29: Search for an Aster flower, make a blackberry crumble or bake a bannock today: It’s Michaelmas, the Christian feast for St. Michael the Archangel. Often depicted as a white-robed angel with his foot on a demon, St. Michael is seen as the warrior of God and, not surprisingly, has become the patron of soldiers, mariners and anyone going into battle. Autumn ushers in the darker half of the year, and by many Christians, St. Michael is prayerfully invoked for for extra protection.

WEEK-LONG GOOSE FEST: In Lewistown, Pennsylvania, today is known as Goose Day—and tourists now, ahem, flock to Lewistown for the occasion. Events are becoming so popular that many are expanding into the week preceding September 29 (read the full story in the Penn Live Patriot-News).

ST. MICHAEL: FROM HEBREW SCRIPTURES TO THE GOLDEN LEGEND

A stained glass depiction of St. Michael the Archangel. Photo by Lawrence OP, courtesy of Flickr