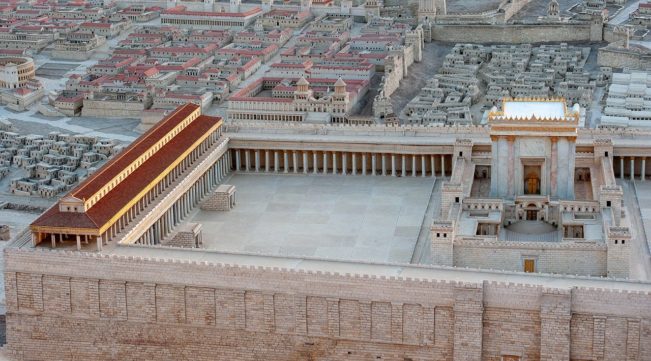 A model of the temple in Jerusalem. Photo by gkadey, courtesy of Pixabay

SUNSET SATURDAY, JULY 20: A solemn period—including a time of fasting—begins for Jews around the world tonight, in a tradition known as “the Three Weeks.” Beginning on the 17th of the month of Tammuz and ending on Tisha B’Av, Jews lament the destruction of the First and Second Temples and the historical misfortunes of the Jewish people. Each day is met with a higher degree of lamentation than the last (with the exception of Shabbat). There is also great hope, however, in this time of sadness: As the past and present are examined, Jews look to the future.

During the Three Weeks, observant Jews refrain from holding weddings, listening to music, celebrating in public, embarking on trips, having hair cut or shaved, and wearing new clothing. Learn more from Aish.com. A fast is undertaken on the 17th of Tammuz and on the Ninth of Av. (For guides, stories, multimedia and more, visit Chabad.org.) The period is known as “within the straits,” from the Book of Lamentations.