SEPTEMBER and OCTOBER and NOVEMBER 2015—The crunch of autumn leaves, the sharp scents of cinnamon and clove and the comfort of steaming soups and drinks usher in the chill of autumn.

Fall officially begins in September with the Autumnal Equinox, when those in the Northern Hemisphere prepare for the darker half of the year and Pagans embrace Mabon, a holiday celebrating the harvest. (You’ll find links to all of our holiday coverage, including a story about the Equinox and Mabon, by visiting www.InterfaithHolidays.com)

Both Jews and Orthodox Christians welcome a New Year in September, with Jews marking Rosh Hashanah and often consuming plenty of honey. But, honey isn’t reserved for Jewish families as September is also National Honey Month.

October brings cooler weather and kicks off with the International Day of Older Persons, perhaps foreshadowing November’s National Family Caregivers Month. The astrological events of equinox are intensified with the end of Daylight Savings Time, in November, as a season of winter holidays approaches—often filled with warm candlelight and abundant feasts. Squashes, pumpkins, cranberries and root vegetables fill tables for Thanksgiving in November (or, for Canadians, in October). November brings Native American Heritage Month in the U.S., and across much of the world, German heritage is highlighted through Oktoberfest, one month earlier. Get scared silly—or just indulge in treats—on Halloween, an international holiday of spooks and gooks. Many traditions of Halloween are ancient in nature and can be tied to pagan customs, and today, modern Pagans and Wiccans practice Samhain at this time of year. In Mexico, the Day of the Dead honors deceased ancestors in a colorful way, and Christians recall the spirits of saints on All Saints’ Day.

Celebrate friends and bonds with International Women’s Friendship Month in September, and start seeing pink with Breast Cancer Awareness Month, in October. Take the opportunity to attend a play or a musical performance in October, too, as it is National Arts and Humanities Month. Recognize the struggles and successes of gays and lesbians with LGBTQ Month, in October. Hosts for the holidays keep in mind the needs of their guests, and October raises awareness of Celiac Disease. Those who don’t eat meat are remembered during October—Vegetarian Month—and November, Vegan Month.

As the days of November become colder and darker, the winter holiday season begins, with Diwali—the Festival of Lights—in India. Orthodox Christians begin the Nativity Fast in anticipation of Christmas, and for Western Christians, Advent brings the light of the season. Pope Francis visited the U.S. to much acclaim in late September, but it’s his namesake—St. Francis of Assisi—who is recognized as October begins. October 4 brings the Feast of St. Francis of Assisi, a saint renowned for his love of animals, ecology and the poor. Pet blessings in Francis’s name have become commonplace at churches worldwide, and as environmental concerns grow deeper, Christians look to him as a Patron Saint of Ecology. Later in the month, Wiccans observe Samhain while Halloween reigns strong in many countries. Whether honoring deceased ancestors or donning costumes, there exists an undeniable link between the ancient pagan customs and today’s Halloween traditions. In Mexico and parts of Latin America, Dia de los Muertos falls during or immediately after Halloween, and is a day to celebrate the dead with food and drinks, parties and joyous remembrances.

NOVEMBER:  THE HOLIDAYS OF LIGHT

As the days become darker and colder in the Northern Hemisphere, a holiday season begins that commemorates light, warmth and goodness. In India, Diwali is one of the largest festivals of the year, also known as the Festival of Lights. Homes are extensively cleaned in preparation for the festival, and lighted lamps (diyas) are lit inside and outside the home. Gifts are exchanged and sweets consumed across India. For Jains, Diwali remembers the attainment of moksha by Mahavira, a Tirthankar, or spiritual exemplar. Across Eastern Orthodox Christianity, the Nativity Fast begins, preparing the faithful for Christ’s birth. In Western Christianity, Advent commences. Candles, lamps and lights are common across several spectrums of holidays, bringing to mind the victory of goodness over evil and light in the darkness. 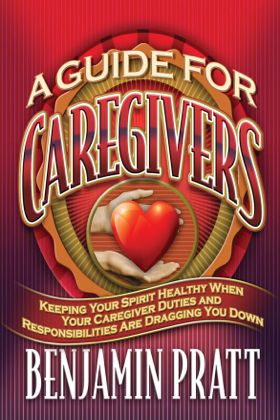