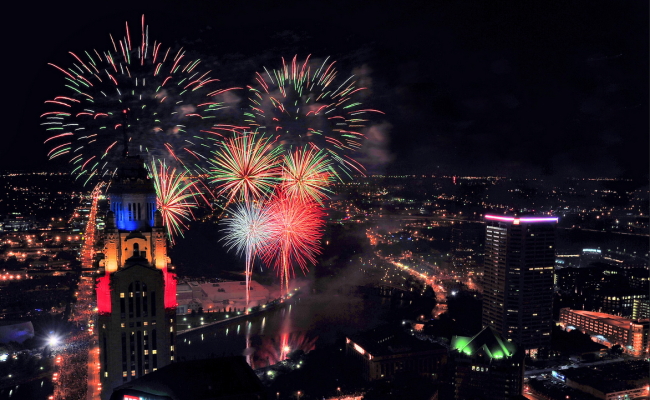 MONDAY, JULY 4: After two years of social-distance Independence Day celebrations, festivities appear to be ramping up this year, with crowds expected to line streets for patriotic parades; the scent of barbecue drawing family and friends; and, finally, fireworks lighting up the night sky, on this, the Fourth of July—the National Day of the United States of America.

Did you know? Though the legal separation of the Thirteen Colonies from Great Britain took place on July 2, 1776, it was two days later—July 4—when the Second Continental Congress gave its approval. 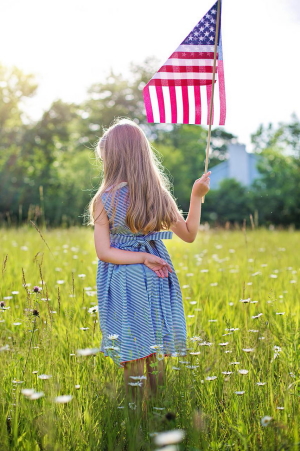 Photo by JillWellington, courtesy of Pixabay

THE DECLARATION: A HISTORY

With the fledgling battles of the Revolutionary War in April 1775, few colonists considered complete independence from Great Britain. Within a year, however, hostilities toward Great Britain were building and the desire for independence was growing, too. Thomas Paine’s 1776 pamphlet, “Common Sense,” fueled the unifying aspiration for independence.

In June 1776, the Continental Congress appointed a five-person committee to draft a formal statement that would vindicate the break with Great Britain: Thomas Jefferson, Benjamin Franklin, John Adams, Roger Sherman and Robert R. Livingston. Jefferson, considered the most articulate writer in the group, crafted the original draft. A total of 86 changes were made to the draft before its final adoption on July 4 by the Second Continental Congress. On July 5, 1776, official copies of the Declaration of Independence were distributed. (Learn more from History.com.)

A salute of one gun for each U.S. states is fired on July 4 at noon by any capable military base, and in the evening, A Capitol Fourth—a free concert broadcast live by PBS, NPR and the American Forces Network—takes place on the Capitol lawn in Washington, D.C. For facts about the Declaration and more, visit USA.gov.

Or, stay indoors with a lineup of patriotic movies—Forbes offers a top-10 list of movies, including “Yankee Doodle Dandy,” “Johnny Tremain,” “Live Free or Die Hard” and “The Patriot.”