WEDNESDAY, FEBRUARY 14: Love letters, cards, chocolates and red-and-pink décor abound as Valentine’s Day is celebrated around the world. Just be careful not to indulge in sweet treats today if you’re one of the world’s 2 billion Western Christians: Though St. Valentine is recognized as a saint in the church, Ash Wednesday’s fasting and penitence takes precedence, church leaders are saying. So tell your loved ones how you feel, instead: “That’s amore!” An Italian greeting might be appropriate in honor of the feast day for this ancient Roman-Christian martyr known as St. Valentine. 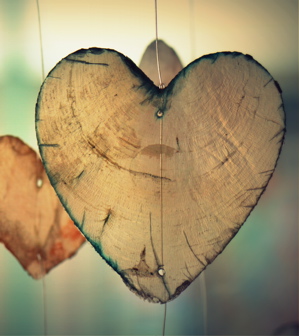 The problem is that “Valentine” was a popular name in the 3rd Century—and for many years after that. At least two, and most likely several, Valentines were early Christian martyrs. By the 6th Century, Christian leaders were blending their stories into a single heroic tale.

By 1797, valentines were becoming so popular that a British publisher issued The Young Man’s Valentine Writer, full of suggestions for verses in valentine greetings. Cards with verses were already being printed at the time of the Valentine Writer, and numbers of mailed valentines began to soar. By 18th-century England, lovers were exchanging flowers and sweets along with greetings. Today, it’s estimated that average Valentine’s Day spending is upward of $100 per person.

Gifts may be a nice gesture, but Valentine’s Day doesn’t have to cost a fortune—especially with the DIY ideas from Martha Stewart, DIY Network and Real Simple.

SUNDAY, FEBRUARY 14: Declare love for someone special in your life today without the limits of chocolates and roses—Valentine’s Day has a rich and varied history that includes friendship, sacred marriages and even courtly love. From Finland, where friendship is celebrated, to the religious devotion of three early Christian saints named Valentine, one message is clear: Today is the day to express boundless love, however and to whomever you see fit! Some historians point to the ancient Roman festival of Lupercalia as the start of the modern cupid’s day; ancient Greeks also observed a mid-February festival, dedicated to the sacred marriage of Zeus and Hera. In the High Middle Ages, the connection between mid-February and ooey-gooey love began to cement—particularly when Geoffrey Chaucer composed Parlement of Foules for King Richard II of England and Anne of Bohemia. News of the Parlement spread rapidly, and courtly love soon flourished. Lovers across the country began expressing their feelings for each other on Valentine’s Day, with long poems, flowers and notes.

Did you know? The earliest credited “valentine”—aside from the alleged note written in a jail cell by St. Valentine, more than 1,000 years earlier—was composed in 1415 by Charles, Duke of Orleans, to his wife.

By 1797, a romantic Valentine’s Day was all the rage in Europe. A British publisher issued The Young Man’s Valentine Writer to encourage note-writing lovers, and soon after, printers began mass-producing Valentine cards. Today, the U.S. Greeting Card Association estimates that approximately 1 billion valentines are sent or given annually.

Historically, there were three Saint Valentines in Christian history, all of whom are honored on St. Valentine’s Day. Of the three, the most noted Valentine was a Roman priest who assisted persecuted Christians during the 3rd century. This Valentine performed secret weddings for soldiers, and even handed out paper heart cutouts to symbolize God’s love. On the night before his execution, legend has it that Valentine wrote a letter to his jailer’s daughter, signing it, “from your Valentine.”

VALENTINE’S DAY AROUND THE WORLD Globally, Valentine’s Day is about much more than romantic love. In Finland and Estonia, Valentine’s Day celebrates friendship; in some Latin countries, the holiday is known as “Day of Love and Friendship.” In Asia, two holidays—Valentine’s Day, and its reciprocal holiday, White Day—make for two expensive occasions for exchanging gifts with that special someone. Traditional Hindu and Islamic cultures generally disregard Valentine’s Day, though in Iran, efforts have been made in recent years to establish a festival of love for mothers and wives on Feb. 7.

RECIPES & DIY IDEAS ‘FROM THE HEART’

On-screen romance blooms with these suggestions for the most romantic movies on Netflix.

Single? Try this list of movies for Valentine’s Day.

Looking for date ideas? Check out these, from Huffington Post.