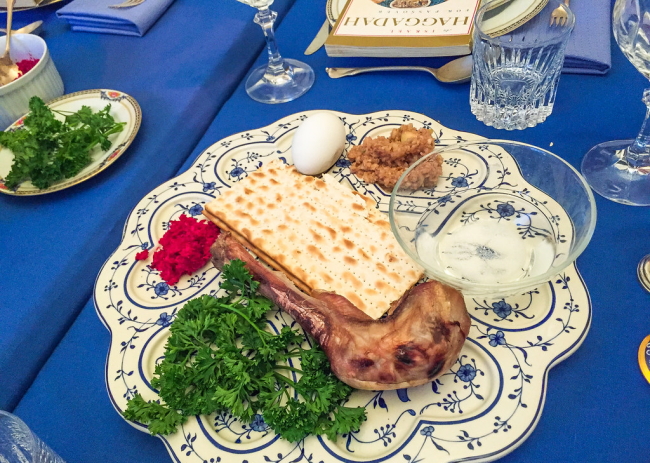 SUNSET ON FRIDAY, APRIL 15—The first seders of Passover in 2022 will be held on Friday, April 15, although such Jewish occasions may be marked on calendars in ways that can seem confusing to non-Jewish readers. For example, Wikipedia says that Passover begins on April 16, 2022, this year—with a footnote explaining that Jewish days always begin at sundown on the previous day.

And when does it end? That’s a bit confusing to non-Jews, as well, because Passover in Israel lasts seven days while the festival is observed for eight days in most Jewish households around the world.

Like the Christian Easter and the time of Islamic festivals, Passover’s dates move through lunar cycles. However, unlike observances in Islam, which eventually “move” through the entire Gregorian calendar—Judaism established a system for correcting its calendars so the many holidays related to agricultural cycles will remain roughly in the proper seasons throughout the centuries. If dates begin to stray too far, due to lunar cycles, the Jewish calendar can occasionally “add” an intercalary month to reset them. The Christian date is self-correcting because Christian tradition holds that it can only occur after the vernal equinox.