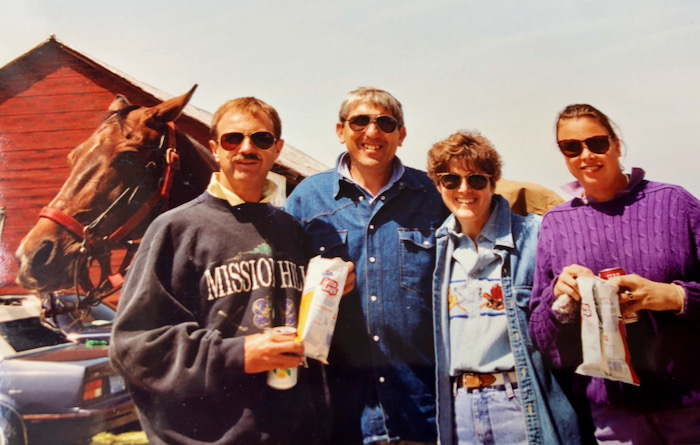 Our friends Bob and Conita Bihler stand on either side of Burton and me at our farm-themed anniversary party.

In a recent column, I shared the motto of actor Andre DeShields: Keep Climbing.  Burton and I live by a similar motto: Keep Paddling.  We turned our motto into the theme of our 25th wedding anniversary celebration.

In 1992, we hosted a big anniversary party at our farm in northern Michigan.  Several dozen guests drove up from Detroit.  Though the weather had been dubious for weeks, that day Mother Nature strutted her stuff.

The sun shone warm and bright in what felt like a celestial celebration of our milestone.

During the day, guests enjoyed trail rides on horseback and hay wagon rides through the countryside.  That night, in a big tent near the old red barn, we inhaled the smoky scent wafting from grills and savored barbeque.  Tables were topped with checkered cloths, silverware wrapped in red kerchiefs elevated to napkins.  A Country Western band played in the open doors of the barn, with stacked hay bales as a backdrop.  So many guests drove from Detroit that the event reportedly boosted the economy of West Branch, MI, home to dozens of discount shops on the route north.

Kerchief napkins were printed with the date of the party and the motto: Keep Paddling.  That motto continued to motivate us through our subsequent marriage issues and my bout with cancer.  With Burton’s current challenge of CNS lymphoma, it motivates us still. 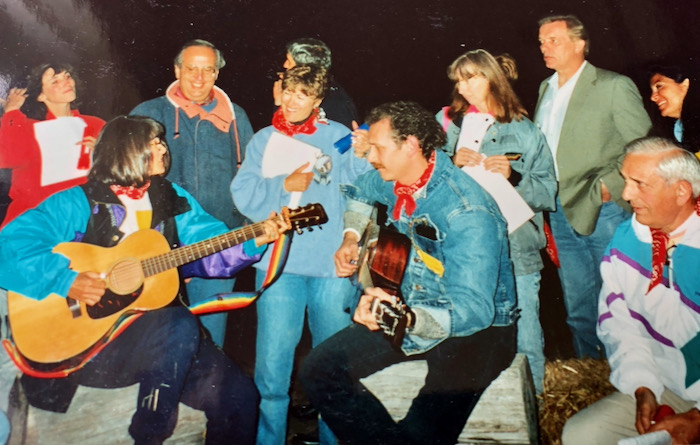 My sister, Anne Towbes, and David Singer play guitars for a campfire singalong.

Years later, the motto still applies. We’ve all come through a grueling pandemic that stole millions of lives and countless moments of remembrance and celebration.  We’ve experienced more solitude than we’ve ever known and called on an endurance we didn’t know we had.  To boost your spirits, here’s the story I told the night of our 25th anniversary party and the motto that still applies…

Two frogs on a dairy farm jumped into a bucket of cream.  They slurped and slurped but soon realized they couldn’t get out of the bucket.  They paddled for hours.  Eventually, an exhausted frog said to his buddy, “This is hopeless.  We’re doomed.”

The next morning, the dairy farmer peered into the bucket.  One frog had sunk to the bottom.  The other was sitting on a pad of butter he’d churned up all by himself, licking the flies that swarmed from all directions.

“So the moral of the story,” I said,  “and the way you stay married for 25 years: you keep paddling.”

Burton and I have continued to paddle for 53 years.  Due to the stroke that paralyzed his left (dominant) arm, he paddles only with his right arm now.  But he paddles the best he can and remains remarkably upbeat.

If something is getting you down, dear reader, hang in there.  A swarm of flies may not be your heart’s desire, but the Universe has other surprises in store.

However hard the going gets, just keep paddling.

Care to see more photos from the party? 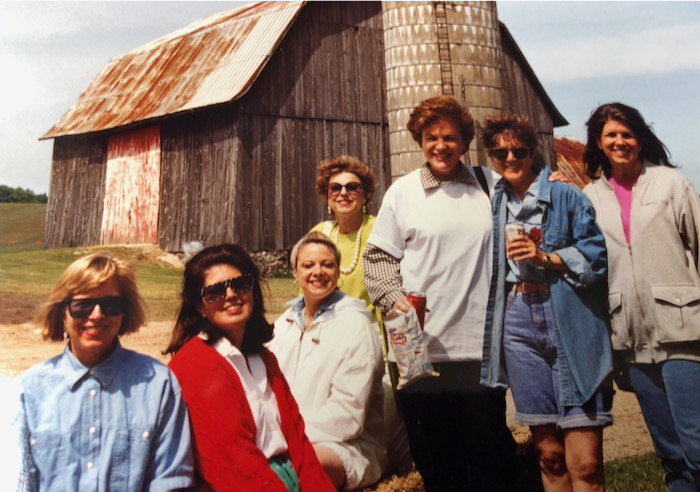 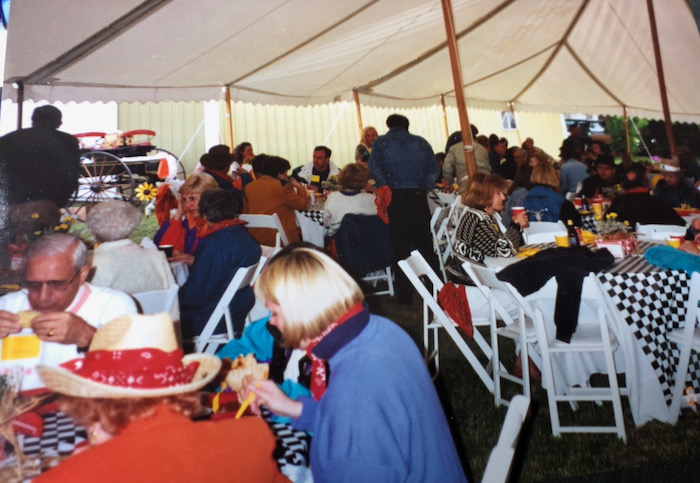 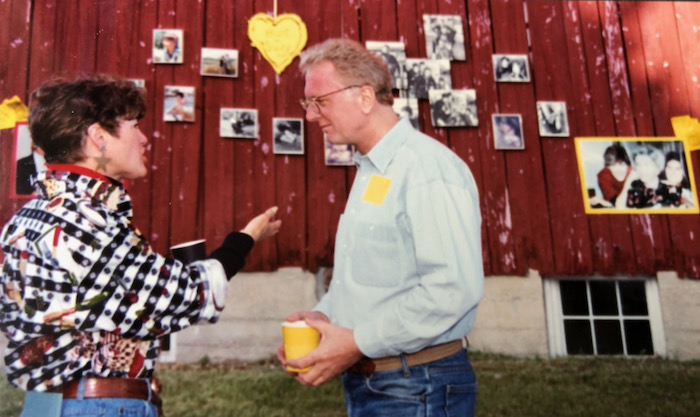 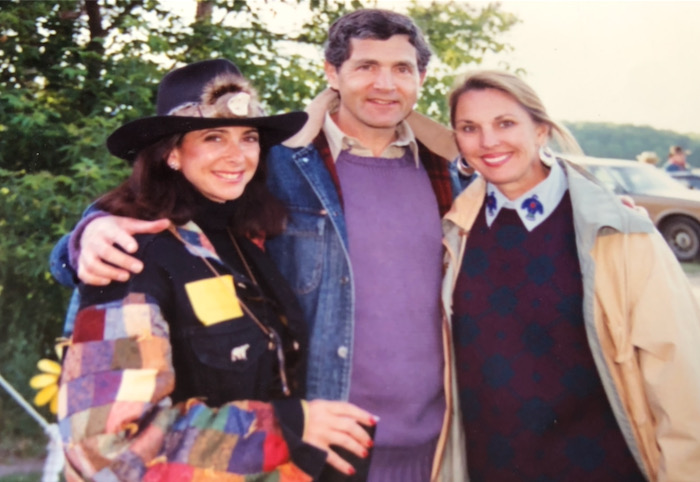