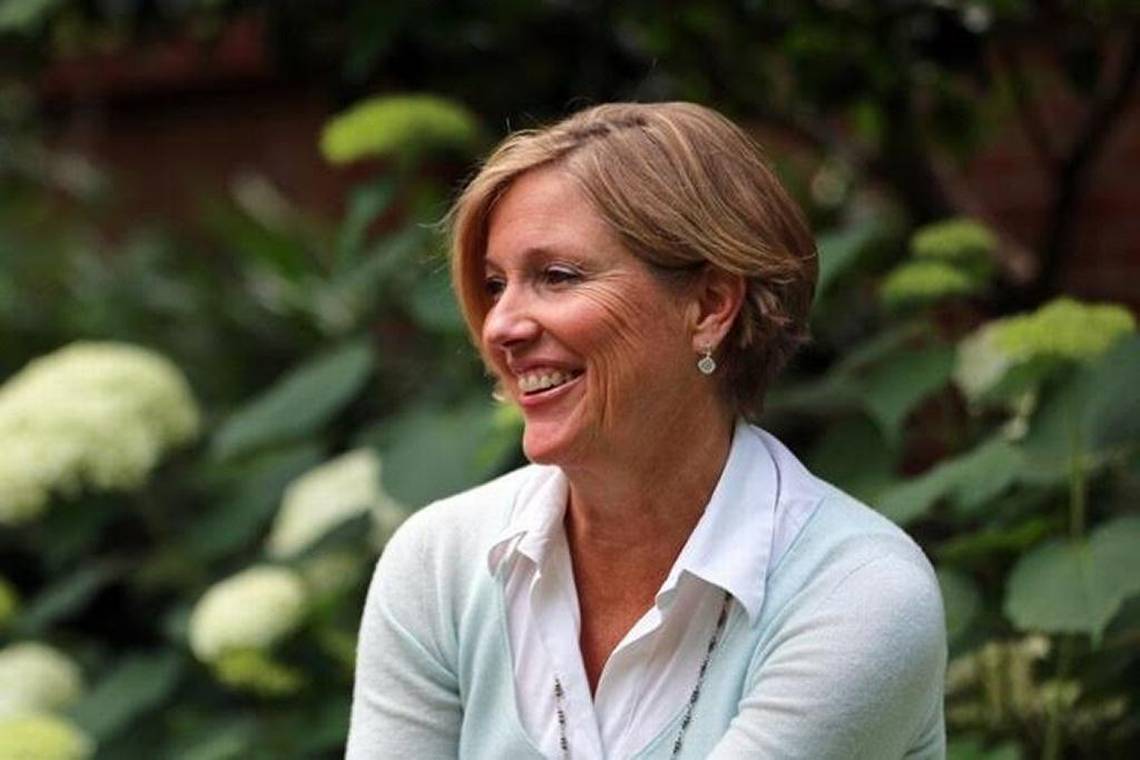 The Hundred Story Home is subtitled “finding faith in ourselves and something bigger.”  It’s a well-titled, well-told tale of one woman’s seemingly impossible mission.  Several meaningful coincidences give her hope and keep her going. 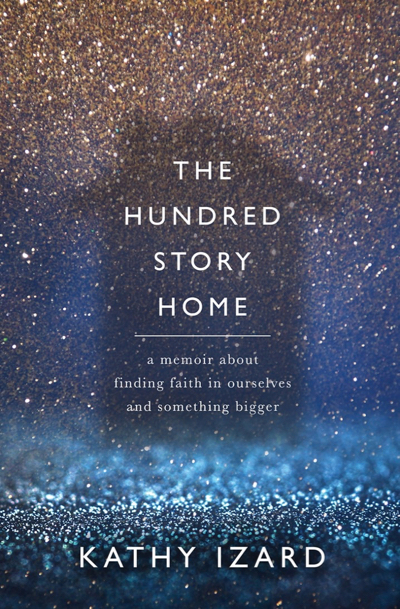 Author Kathy Izard calls them God-instances.  I call them Godsigns.   In any case, the book’s a great read.  Especially since Kathy was a confirmed non-believer.

Kathy grew up with a father who often told her “you can do anything,” but died at 64 of leukemia. And with a creative mom who suffered years of bipolar episodes, hearing voices, and frequent hospitalizations.  Forced to sit through tedious church services as a child and disillusioned that God didn’t spare her father, Kathy gave up on God.

Her experiences make it clear: God didn’t give up on her.

A graphic designer and young mother in Charlotte, NC, Kathy volunteers at a soup kitchen run by the Urban Ministry Center (UMC).  Reading a book, Same Kind of Different as Me, by Ron Hall and formerly homeless Denver Moore, she organizes a luncheon featuring the authors.  She drives Denver around town showing off the UMC’s soup kitchen, art room and vegetable garden.

Denver asks, “You do all this good in the day and then lock them out to the bad at night? Where are the beds?”

Kathy writes, “His accusation left me gutted.” She finds herself volunteering to create a housing complex for the homeless and name it Moore Place.

Kathy researches homelessness. She concludes that it costs less to house homeless people than to pay for their hospital bills, substance abuse treatment and other expenses. That the chronically homeless represent 10-20% of the homeless population but consume over 50% of the resources. That housing them would free up shelters to serve the 80% who could transition with less intensive support.

Kathy closes her business to start a program she calls Homeless to Homes. Realizing more than 6000 homeless people live in Charlotte, she becomes good friends with several. They include Larry, aka Chilly Willy, who in the past 20 years had survived prison, muggings, illness, heat waves, and ice storms. And Eugene Coleman whose campsite is a hole in the ground under a highway overpass.

Another friend is Bill Halsey, a “quiet cowboy” in a dirty leather hat who lives in a cave he dug by the train tracks.  One day at the UMC, Kathy’s serving soup. A tough guy cuts the line to take seconds. Kathy objects. The soup thief throws the bowl of tomatoes and noodles at her. Halsey jumps in to defend her.

Kathy determines to create homes for these people. It takes 10 years of superhuman effort to make the contacts, spread the word and raise the money to build an apartment complex to house more than 100. Though uncomfortable with fundraising, Kathy manages to inspire others and receives donations from big foundations and corporations and many individuals.  One anonymous donor she calls the Mailbox Angel sends monthly pink envelopes with Hallmark cards containing $5 or $10 and a note: “May God bless and multiply this small amount.”  About them, Kathy writes, “The idea that someone I had never met would give to your cause this way made me feel I wasn’t crazy…”

Kathy’s friend Lisa prays with her.  Kathy, an agnostic who prides herself on self-reliance, admits, “To get this done, I have to believe in God because I can’t do this myself.” Lisa insists God is on the case.  Dubious, Kathy asks how she’d know.  Lisa says, “God has a funny way of showing off.”

After 10 years and a small trial program, God shows off in many ways. The building gets built; residents move in. Kathy sees how having a home changes them. She finds Caroline, the perfect person to run the Homeless to Homes program. Caroline, who worked at Common Ground in NY, moves to Charlotte where she grew up. Caroline’s old high school decides to raise money for Moore Place. Caroline’s asked to speak. She invites Eugene Coleman to join her.

In a packed gymnasium, Coleman stands behind the mic not saying a word. Finally, after what Kathy calls “an uncomfortable silence,” Coleman asks, “Can you see me?” Another long pause. “Because for 20 years, I didn’t think anyone saw me.  … I didn’t want to be seen. Drugs took all my pride, robbed me of every piece of self-respect, every dream I ever had. But somehow God saw fit to give me a second chance. And that second chance is people like you.”

Moore Place opens. Chilly Willy, Coleman and many more are housed, Kathy receives another pastel envelope from the Mailbox Angel. This time there’s a small return address with a name, Lily Halsey. Kathy realizes she’s the mother of Bill, the man who came to her defense in a soup line and no longer lives in a cave. He has a real home in Moore Place. Kathy visits his mom in a nursing home. Lily tells her how her son lost his job, his confidence and his home. And how she worried about him. When she read of the UMC’s plans to create housing, she wanted to help. She began sending a few dollars each month, and praying about it. Kathy writes that Lily “said with unwavering faith, ‘No one would have built Moore Place unless they believed God was in it.’”

From the standpoint of physics—a field that fascinates and befuddles me—Kathy’s determination demonstrates the power of the quantum field. Stick with me here.  In a recent newsletter, scientist and author Dr. Joe Dispenza, explains: “When we connect to the quantum field—that place where all new potentials exist as possibilities not yet materialized into our 3D reality—our nervous system becomes like an antenna or a super conductor whose job it is to pull more highly organized, coherent energy, information and consciousness from the field into our biology.”  Whoa.

Kathy puts it more simply.  Near the end of the book, she reflects on her journey.  “I can’t explain grace or God’s plan, but this much I have learned: grace is that moment when your purpose speaks to you so loudly you can’t help but hear it.  Believing in it is crazy, but denying you heard it is even crazier.  You may not see it coming, but when grace finds you, stop, listen, and take good notes.  Everything in your life has prepared you for this.  You are ready, and grace is real.”

If you enjoy reading about Godsigns and about prevailing over tremendous  odds, this book’s for you.  Thanks for sharing, Kathy.  May such grace find us all.