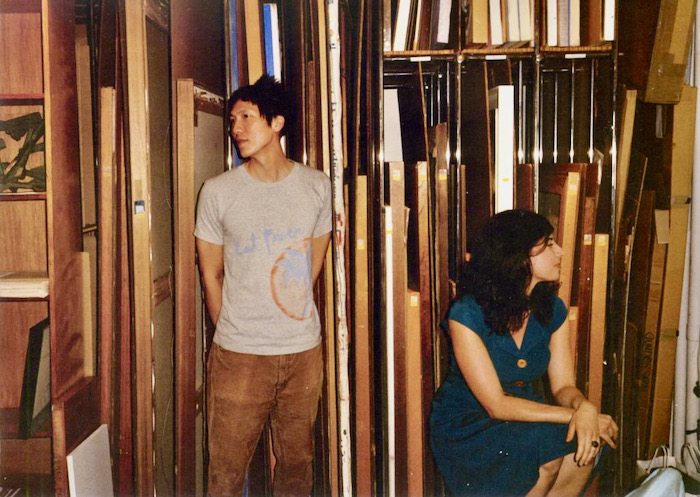 One of the joys of being involved in the arts is the people I meet.  Elana Eda Rubinfeld’s a recent Sarasota art friend who told me a story so entertaining I included it in my upcoming book and share it here with you.

In 2002, Elana collaborated with Vietnamese artist Trong Gia Nguyen on a project that was as clever as it was outrageous.  Trained as a painter, Elana often included subversive elements in her paintings, such as a soldier in full military gear wearing pink lipstick.  (That would have seemed considerably more outrageous in 2002.)

Elana and Trong came up with a subversive gambit, their Art Hijack project.  They recreated paintings  stolen from museums, private collections and even Saudi yachts in the past 40 years, claiming the paintings belonged to fictitious Hungarian collector Rick Haatj.  (The name’s an anagram of Art Hijack.) They deemed Haatj “the world’s most passionate collector.”  Elana says, “The paintings weren’t that well done, but all together they made a pretty convincing performance art piece.”

The duo convinced a once ritzy hotel in midtown Manhattan to loan them a penthouse suite decked out with draperies and a piano.  They sent invitations for the premiere of the Rick Haatj collection to friends, collectors and critics.  Having done P.R. for art galleries, Elana knew how to write a press release and where to send it.  The release claimed, “This is the world premiere of an important collection you need to know about.”

A new winery from Hungary donated wine; a pianist from Juilliard played the piano for free.  About 100 guests showed up, including stringers for the NYT and Artnews.  The event was “kinda cheesy but really funny,” Elana says.  “Everybody stayed for hours.  And said things like, ‘It’s cool that you’re showing a Picasso.’”

Elana and Trong met a man who was starting an art fair in LA in 2005.  He offered Art Hijack a booth for free to remount the Private Collection of Rick Haatj.  All the other booths at the fair had stark white walls.  Elana and Trong covered their walls with red velvet panels and hung them with fake works attributed to Picasso, Duchamp and Matisse.  They convinced an antiques dealer to loan them a desk and chairs.

“When people stopped by the booth, we’d say, ‘Of course you’ve heard of Rick Haatj.  It was a performance about what’s real, what’s hype, what’s passion, what’s connoisseurship.  All issues central to art collecting,” Elana, currently an art adviser, says.

A large man with a woman on each arm stopped by the booth.  “You’re telling me I’m buying an actual Picasso?” he demanded.

He yelled, “You’re a liar, and I think this is bull#!*t.”  He ended up buying two paintings.  Most of the others—fakes painted by real artists—sold as well for $5,000 apiece.

Elana and Trong tried some other projects, but none succeeded like the Rick Haatj Collection.  Eventually, Elana says, “I got a real job.”  She went to work at both P.S.1 and the Museum of Modern Art in New York.

Creating spoofs on the art world continues.  Maurizio Cattelan is famous for challenging social norms and hierarchies.  “America,” 2017, was a solid gold toilet installed in a restroom at The Guggenheim.  It traveled to Cattelan’s solo show at The Blenheim Palace where it was—Surprise!—stolen.   Last December the contemporary Italian artist presented “Comedian” at the Art Basel art fair in Miami.  Two editions of a banana duct taped to a wall were sold for $120,000 each.  A third was eaten by the performance artist David Datuna as part of his performance “Hungry Artist.”

While I’m an art aficionado, I sometimes shake my head in wonderment.  My grandmother observed, “Money doesn’t care where it goes.”   A contemporary response from the urban dictionary: true dat. 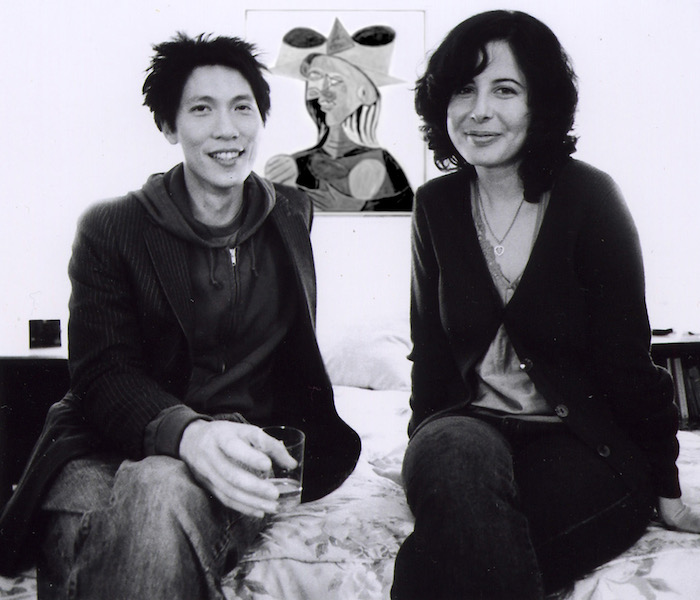 Trong Gia Nguyen and Elana Eda Rubinfeld with one of their Picassos.