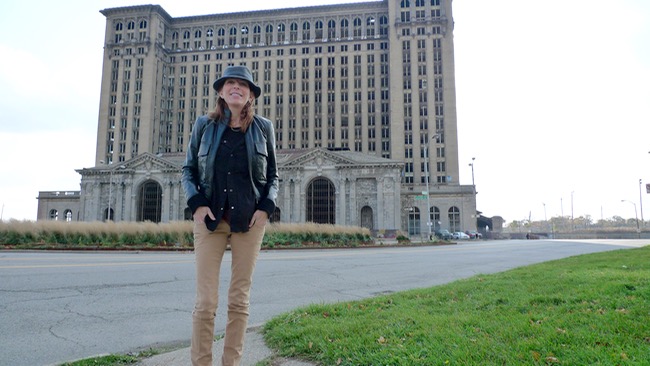 Julie was a collage of contradictions.   A gourmand who loved Taco Bell.  A style setter who took labels off clothes and turned her twin sons’ baby teeth into earrings. A wealthy woman who cared about the underdog.  An architecture buff who prized dilapidated factories.  A talented photographer.  Consummate host.  And for me, a good friend. 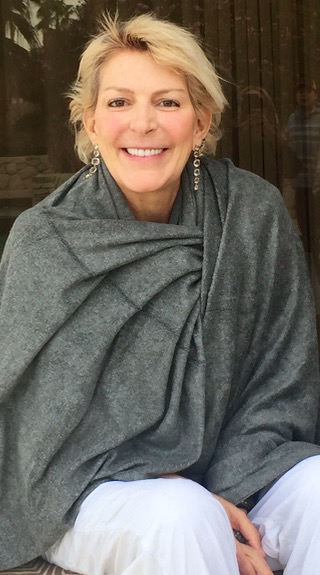 Julie’s funeral took place on the birthday of her adored father-in-law Al.  (Sarasotans might recognize the Taubman name as the co-developers of UTC shopping mall.)  The funeral fell in the middle of my recent 4-day annual visit to Miraval Spa in AZ with my daughters-in-law.  I fretted over what to do.

Finally, I asked myself: WWJD?  I knew she’d say, “Are you kidding?  Stay with your family.”

Fortified with tissue, I live streamed the funeral.  Some highlights…

Big brother Duke Reyes referenced Julie’s decision to install lighting around the Yamasaki-designed sanctuary of Detroit’s Temple Beth El (where the funeral took place).  After, when Julie and husband Bobby drove by, she wisecracked, “I can’t believe it took a shiksa to shed some light on a shul.”

Stepson Alexander recalled his mother Linda’s insistence he eat healthy food.  When he dined with Julie for the first time, she asked if he’d like Taco Bell.  He said, “I began to think divorce might have its advantages.”

Julie and Bobby met on a blind date, Alexander said.  Bobcat (Julie’s nickname for him) confessed he’d been on about 50 blind dates.  Their son Theo (a magnate in the making) concluded, “That’s a 2% rate of return.”

Daughter Gogo (Ghislaine, 16) shared a letter she’d begun to her mother while she was sick and never had a chance to read.  With remarkable composure, she related how her mom taught her to “never second guess my gut.”

Gallerist Terese Reyes spoke of her aunt’s fondness for “weird” people.  Of  her  inclusiveness and creativity as a host.  Julie would seat the art director next to the security director from the Met, Terese said.  For her niece’s 30th birthday, Julie riffed off Terese’s long dark hair, hanging dozens of black wigs from the ceiling.

Rabbi Joey Krakoff recalled a time when the Taubman plane was grounded due to weather.  Julie jumped out, broke off icicles, and used them to make Bloody Marys.

A word about Julie’s personal style.  (Who am I kidding?  I couldn’t do it justice in 1,000 words.)  Until she underwent chemo, she had a mane of wavy red hair and long legs about which I once said, “God sometimes really gets it right.”  Her clothes could be oversized, undersized, torn, folded, twisted—always unique and quintessentially chic.  To her twin sons’ military-themed bar mitzvah party at an all-but-abandoned factory, Julie  wore a red fur heart-shaped shrug.

Julie’s Bloomfield Hills, MI, home overflowed with objects she prized.  A distorted portrait of her by world famous artist Francesco Clemente hung among many by less known artists, including Detroit’s Nancy Mitchnick.  Nancy told me, “Julie didn’t care what anyone thought of her taste.  When she loved something, that was IT.”

Julie left no surface unturned.  Art was everywhere.  Drawings even leaned against the wall under the powder room sink.  The ceiling of her living room was dotted with colorful “pills” by Cranbrook Artist-in-Residence Beverly Fishman.  (Julie was an avid Cranbrook supporter.)  With white sweeping roofs and curved glass walls, the dramatic home she and Bobby recently created in the Hamptons looks extraterrestrial. 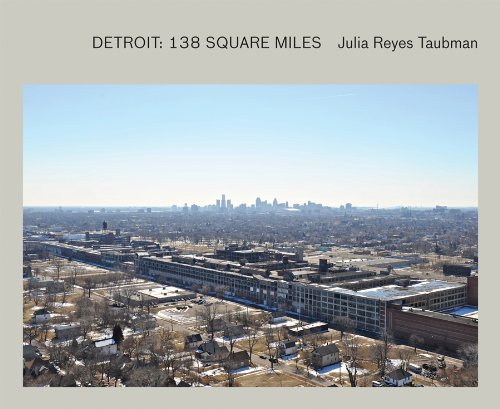 Julie was more than a patron.  She was a photographer and historian.  She spent 7 years cruising around Detroit photographing old, crumbling factories and homes and getting those images ready.  (Off-duty policemen accompanied her in dicier neighborhoods.)  The result: a stunning (and heavy) book, Detroit: 138 Square Miles.  In her acknowledgments, Julie writes, “…listen to the stories only ruins can tell.  They tell us a lot about who we were, what we once valued most, and where we may be going.” 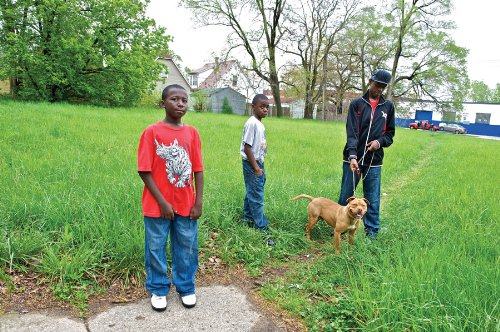 One of the many neighborhood photos in Julie’s book.

Spending so much time away from the D, I didn’t see Julie as often as I’d have liked.  (And she wasn’t big on email.)  But I treasure the times we did share.

Julie, Bobby, Gogo and twins Theo and Sebs visited our farm in NoMI in summer, 2013.   Julie mentioned she was working on a film about Elmore Leonard.  The  best-selling author of Get Shorty  and many other crime novels, Leonard lived in Birmingham, MI.  Determined to get him to write the forward for her book, Julie made several fruitless attempts.  She finally won Leonard over when she showed up at his door with his daughter-in-law and a half gallon of rose.

I mentioned my regret at never having met the famous author.  He’d—not surprisingly—become her friend.  She was working on a film about him.   It was typical Julie—to jump into something she knew nothing about and be confident she could pull it off.  Julie said Leonard dined with her family about once a week, on Thursdays.

One Thursday, on my way from the airport, I called.  Join us, Julie said.  Not only did I score a photo with the world-famous author, who died months later. I got to enjoy his and Julie’s sparring about politics over a delicious dinner. And I drove Leonard home.  My car reeked of smoke from Virginia Slims.  But it was Bucket List worth it.

Several years ago, before anyone realized Detroit’s cool factor, Julie scented its potential.  W Magazine did a fashion shoot in the D.  I wondered how on earth that came about.  I soon learned.  Julie was friends with the editor.

Malcolm Gladwell regards leaders as Influencers or Connectors.  Julie was both.

The last time I saw Julie, I had a chance to thank her for the difference she’d made in my once downtrodden hometown.  Her energy at that point was focused on staying alive.  But she heard me.  Julie was a catalyst not only for change in Detroit’s image, but in the way Detroiters feel about ourselves.

Recently Burton and I saw Paul Anka at the Van Wezel in Sarasota.  He talked about an encounter he’d had with Frank Sinatra in Las Vegas.  Sinatra said, “Kid, you’ve written songs for everyone else.  When you gonna write one for me?”  That night Anka went back to his hotel room and penned the lyrics that sparked a resurgence of Sinatra’s career.  That song was played during the recessional for Julie’s funeral.  It was perfect for the occasion: “My Way.”

At one point, Julie was pondering a message with which to sign her book.  She considered using the phrase “Rust in Peace.” I don’t know how many books she signed that way.  (Ours says, “With much love and gratitude.”)  I do know this: Julie was a Supernova.  A dazzling star who burned out way too soon.

Julie, for those you left behind, you’ll forever be a shining, sophisticated, creative force for good.  In our hearts, you’ll never rust. 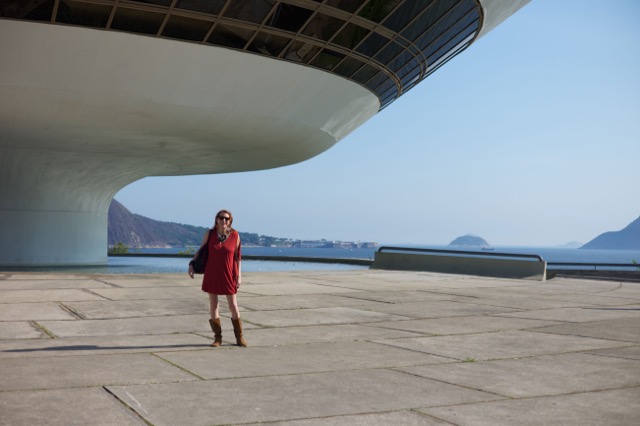 20 thoughts on “Julie Taubman made the world a brighter place”