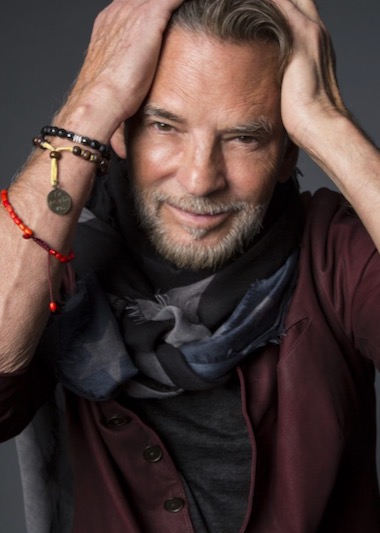 WHO CONVINCED ME NOT TO GIVE UP ON MEDITATION? Kenny Loggins.

I’ve seen reenactments of paintings, concerts from living rooms, funny memes and other clever ways  to stay sane and connected in a pandemic.  I’ve found another benefit of these long, lonely days at home.

A practice many discovered sooner, but that’s eluded me ’til now.  Current circumstances render it a lifesaver.

Over the years, I’ve tried to meditate.  I attended Debbie Ford’s program and remained “in silence” for a weekend.  I read Pema Chodron.  I listened to Dan Harris’ podcast on “10% Happier”.  Meditators claim the process makes them calmer, more attentive.  I’ve tried  it sitting in a chair and sitting cross legged on the floor.  I’ve tried it with a bolster pillow and without.  (This sounds like a version of “Green Eggs & Ham.”)

Nada.  I was too fidgety and impatient.

My sister Anne visited us in Sarasota about 10 years ago.  Singer Kenny Loggins, whom she knows from Santa Barbara, was performing that night at the Van Wezel.  We hung out with him in the afternoon and took him to the Ringling Museum.  He was pleasant but reserved.  He spent considerable time admiring and photographing blossoms in the Ringling rose garden.  He insisted on returning to his hotel before the performance for 2 hours of meditation; said he did so before every performance.  That night Loggins blasted onto the stage and rocked it with so much energy I couldn’t believe it was the same person.

There had to be something to this meditation thing even though it didn’t work for me.

When I was in treatment for cancer, agonizing over my fate, friend and meditation coach Donna Rockwell visited.  She advised regarding thoughts as waves, letting them come and go, observing  how they arise and subside.  The wave image proved helpful over the years as I felt anger or anxiety and told myself: relax; it will pass.  But actually devoting time to meditation on a regular basis?  It was not happening.

One recent morning, I tried it again.  With no tee time, meeting or social reason to get up, I laid on my back and stayed in bed.  I focused on my breathing and let thoughts come and go and kept returning to my breath.  My mind felt like a playground, jumping from the swing to the slide to the monkey bars and back again.  Since it was morning (and my sleeping pill had worked), I was rested.  I managed to meditate for 20 minutes.  When I arose, I felt a little more light hearted.  The next morning, I tried it again.  My thoughts felt heavier, less playful.  The third morning, more peaceful.  Having now meditated for a week, I’ve learned a range of experiences is normal.

Appreciate what arises; don’t judge it.

(What makes this morning indulgence possible is the presence of Fayez, our good natured, strong and capable aide.  Because a side effect of Burton’s brain surgery was to shut down his left side, he needs help getting out of bed.   God bless Fayez—our angel, morning, noon and night.)

Whether or not my prone method is the proscribed approach, I’ll keep trying.  Rather than meditate the way that was recommended, the way I should, I’ll go with what works for me.  I seldom do well with shoulds.  One of the thoughts that came and went this past week was a memory of my prep school days and the note my parents received from head mistress, Miss Goodale.  “Susan would be a good student if she didn’t talk so much in study hall.”  Sounds like a should to me.

During this quarantine, I’ve also started learning new words.  Among them: escarpment: a long, steep slope separating areas of land at different heights.  And arrogate:  to take or claim to oneself something not justified (as in: I was once a champion golfer).

One more activity proved great fun.  Fayez (whom we affectionately call Faisal J) celebrated a birthday on Easter.  He had planned to go home to Detroit for the weekend.  Thanks to C-19, he stayed put.  I surprised him with a parody to the tune “We Ain’t Got Dames.”  I enlisted cousin Judie Koploy (in Detroit) and sister Anne Towbes (in Santa Barbara), both Faisal J fans, as part of my trio.  (Sister Anne can actually sing.)  We engaged in several hilarious  rehearsals.  Sarasota friend Phyllis Keyser, once an elementary school teacher, loaned me a kingly costume for Fayez and video’d the performance.  Fayez’s good friend Monica Wheelock (in Atlanta) facilitated our participation on Zoom.  Our performance was a hit with its audience of one.

Thank God if we had to put up with a pandemic, it happened in an era of Zoom.  (The wine I sipped with some of my Detroit besties last week on Zoom helped, too.)

Hope you’re managing to have fun, stay connected and make the most of this vital shut-in.  If you’ve come up with productive or creative ways to spend time, please share them.  And if you aren’t already doing so, do yourself a favor.

2 thoughts on “Meditation, vocab and other productive ways to spend time during a pandemic”