It hasn’t been easy. 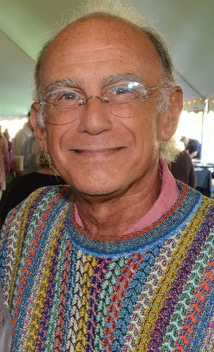 Michael’s father, who constantly berated him, died when Michael was 16.  Two years later, he came home from his freshman year at college (Texas A&M).  His mother, who was using diet pills, announced she was getting married and moving to Chicago.  “I felt abandoned,” he says.  He married at 21, but due to his drinking, his wife left after 2 years.  He consoled himself with a fifth of Old Forester a day chased with marijuana.

Emotionally, he says, he shut down.  “I decided no one else would ever hurt me.”  He moved to Chicago  and worked for his stepfather’s import business, which he eventually bought.  His marijuana use exploded.  “I like to say I only smoked once—from June of ‘69 to February of ‘81.”  In 1981, at a convention in Atlantic City, he was introduced to a new high.  “I became a raving cocaine addict.”

His family kicked him out when he was 44 and suggested he get help.  He checked himself into a treatment facility but relapsed, “because I was there for my family, not for myself.”  Journalist Carrie Seidman, of the Sarasota Herald Tribune, described Michael’s first experience with detox.  “When they brought his bathrobe from home, he carefully scraped the cocaine remains from his pockets, rolled a page torn from his recovery manual, and snorted a line, lint and all, at the treatment center.”

Three weeks later, Michael landed back in detox.   A counselor said, “You have two choices.  You can go home and die.  Or you can commit to a long program.”

He broke down and cried.  At a loss to do anything else, “I got down on my knees and prayed to a God I didn’t believe in.”  An astonishing thing happened.  “Somehow the obsession was lifted from me.  I physically felt the presence of a Higher Power.”

By the time he came out of treatment, he had lost his import business.  He declared personal bankruptcy.

Author Caroline Knapp illuminates the lure of alcohol in her insightful memoir, Drinking: A Love Story.  Drinking turned her from an introvert to an extrovert, she writes, and offered her protection.   ‘And then, tragically, the protection stops working.  The mathematics of transformation change.  This is inevitable.  You drink long and hard enough and your life gets messy.  Your relationships (with nondrinkers, with yourself) become strained.  Your work suffers.  You run into financial trouble, or legal trouble, or trouble with the police.”

For the first three years of his recovery, Michael attended a meeting every single day.  He became active in the group, starting with pouring coffee, working his way up to finance chair and statewide positions.  He retired in 1998 and 2005.  He continues to attend 12 Step meetings.

Michael’s 12 Step program advocates getting down on your knees in the morning and at night.  Michael continues to pray daily.   The energy he once put into destroying himself he now dedicates to helping others.  He joined the board of a local services organization.  He volunteers at Resurrection House, a daytime shelter where homeless people can shower, wash clothes, receive food and help.  Once a month he brings a 12 step program to a jail and detox center.  He became president of his synagogue, a position he held for 4 years, and remains active. 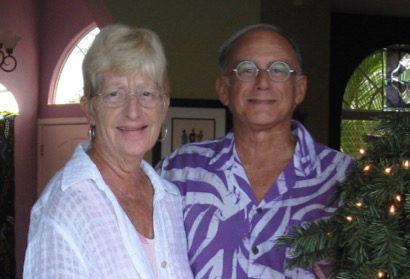 With sobriety, his relationships improved.  He met and married Joyce, a non-drinker who supported his recovery.  Joyce, “the love of my life,” died in 2012 of breast cancer. 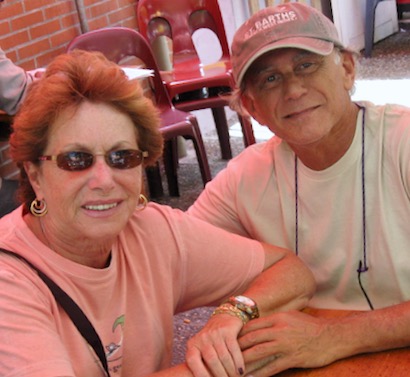 Michael and Joan, his current partner

Three months later, In grief counseling, he met Joan.  They’ve been together for 6 years.  Between them, they have 11 children, 17 grandchildren and one great grandchild.  Michael has restored his relationship with his own 2 grown kids.

“Sobriety is the most important thing in my life,” he says.  “It has to be.  When addiction is in charge, you can do anything without shame or remorse.  Every day the disease tells me to do something wrong.  Instead I make the choice to share my experience, strength and hope.”

Thanks for sharing your story, Michael.  For choosing to make this world a better place.  Hopefully you’ll inspire others to follow your lead.