When I first heard of When Breath Becomes Air, I thought: too sad to read.  But many months later, I sampled Dr. Paul Kalanithi’s memoir on my Kindle.  The writing was beautiful; the thinking, profound.  I was hooked. 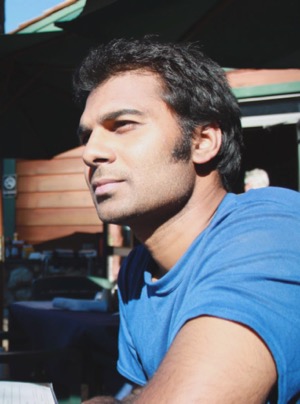 Click on this photo from the website about Dr. Kalanithi’s life and work to learn much more. His website features videos, reviews of the book as well as a schedule of appearances by Paul’s wife Lucy.

A neurosurgeon and neuroscientist, Kalanithi had degrees from Stanford, Cambridge and Yale in literature and science.  The future was his.

At 36, he developed lung cancer.

Readers know my fondness for survival stories.   This isn’t one.  Paul Kalanithi died at 37.   But he lived brilliantly if all too briefly.   His memoir covers his younger years as well as his decision to become a doctor.  As a neurosurgeon, he recognized the crucial link between brain and personality.  “The call to protect life—and not merely life but another’s identity; it is perhaps not too much to say another’s soul—was obvious in its sacredness.”

As a chief resident, he acknowledges the long, back-breaking, precise attention demanded of him.   “…technical excellence was a moral requirement.  Good intentions were not enough, not when so much depended on my skills, when the difference between tragedy and triumph was defined by one or two millimeters.” 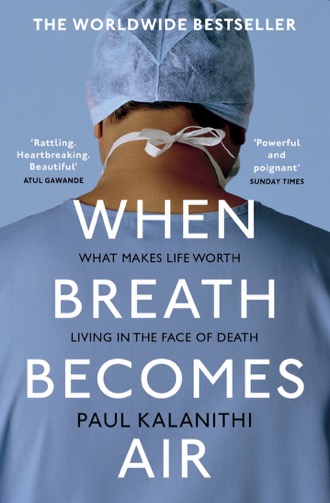 About his profession: “People often ask if it is a calling, and my answer is always yes.  You can’t see it as a job, because if it’s a job, it’s one of the worst jobs there is.”

If, God forbid, you had to have brain surgery, this was the doctor you’d want.

Kalanithi writes honestly about trials earlier in his marriage, his former passion for biking and hiking, deciding to freeze sperm before starting chemo, questioning whether or not to have a baby, appreciating his smart and sensitive oncologist.  He reads great literature, “searching for a vocabulary with which to make sense of death, to find a way to begin defining myself and inching forward again.”

Though Paul grew up in a devout Christian family, in his teens and 20s, he rejected religion.  “My notion of God and Jesus had grown, to put it gently, tenuous.  During my sojourn in ironclad atheism, the primary arsenal leveled against Christianity had been its failure on empirical grounds.  Surely enlightened reason offered a more coherent cosmos.  …There is no proof of God; therefore, it is unreasonable to believe in God.”

He acknowledges the bias science holds against religion.  And the flaw he comes to see in that bias.  His thoughts are so lucid and well-expressed you’ll want to read this remarkable paragraph more than once:

“Yet the paradox is that scientific methodology is the product of human hands and thus cannot reach some permanent truth.  We build scientific theories to organize and manipulate the world, to reduce phenomena into manageable units.  Science is based on reproducibility and manufactured objectivity.  As strong as that makes its ability to generate claims about matter and energy, it also makes scientific knowledge inapplicable to the existential, visceral nature of human life, which is unique and subjective and unpredictable.  Science may provide the most useful way to organize empirical, reproducible data, but its power to do so is predicated on its inability to grasp the most central aspects of human life: hope, fear, love, hate, beauty, envy, honor, weakness, striving, suffering, virtue.”

Kalanthi’s memoir was published posthumously by his wife, Lucy, also a doctor.  In the  Epilogue, Lucy writes, “Most of our family and friends will have been unaware, until the publication of this book, of the marital trouble Paul and I weathered toward the end of his residency.  But I am glad Paul wrote about it.  It’s part of our truth, another redefinition, a piece of the struggle and redemption and meaning of Paul’s life and mine.  …We each joked to close friends that the secret to saving a relationship is for one person to become terminally ill.”

I managed not to cry about the loss of this extraordinary man… until Lucy’s mention of visiting her  husband’s grave.  There, in the Santa Cruz Mountains overlooking the Pacific, Lucy takes a small bottle of Madeira, the wine she and Paul drank on their honeymoon.  “Each time I pour some out on the grass for Paul.”

I raise my glass to an amazing couple, for living with courage, conviction and compassion.  To Paul for showing us how to die with grace.  And to Lucy, for bearing witness.