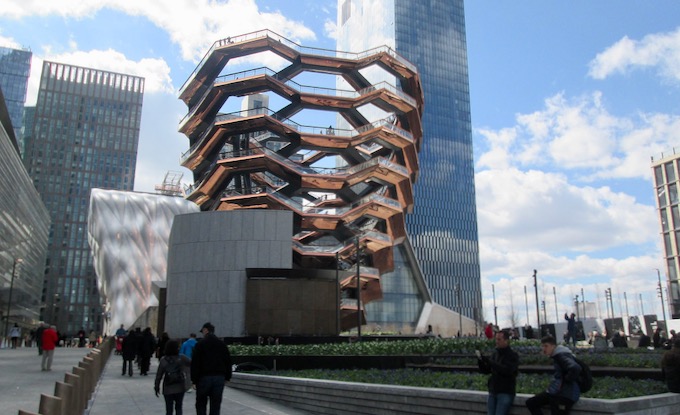 Our recent annual sisters trip to the Big Apple turned out to be a reminder that bad things can lead to good things.

The lessons started when I left my handbag on the plane.  Duh.  Realized it in the LGA terminal ladies room. Raced back to the gate. Turned out I was happy to see 2 friends I hadn’t seen in a while, waiting for the return flight to the D. Happier still when the flight attendant marched out holding my bag.

Godsign #2. Because I forgot my purse, I didn’t get to the taxi line right away. A gal from my flight recognized my name on my carry on and introduced herself. Turned out Roz Blanck’s involved with JVS—the organization honoring me next spring. (April 22.  Save The Date.)  Roz and I shared a cab to the city and became fast friends. Suzy and her sister Anne take an earlier hard-hat tour of what is now Hudson Yards.

Godsign #3.  Our cousin Howard Elkus was an architect for part of the new Neiman Marcus at Hudson Yards.  While it was under construction, on an earlier sisters trip, Anne and I took a hard hat tour of the space, arranged by Howard’s firm.  This year we headed to the new Neiman’s for lunch.  Sadly, Howard died before the store was finished, so Anne and I toasted to our cousin with our cups of consommé.  (5 o’clock rule on anything stronger than consommé.  Plus, we followed up lunch by walking the 1 and ½ mile High Line—a former elevated train track imaginatively and wonderfully transformed into a landscaped park.) 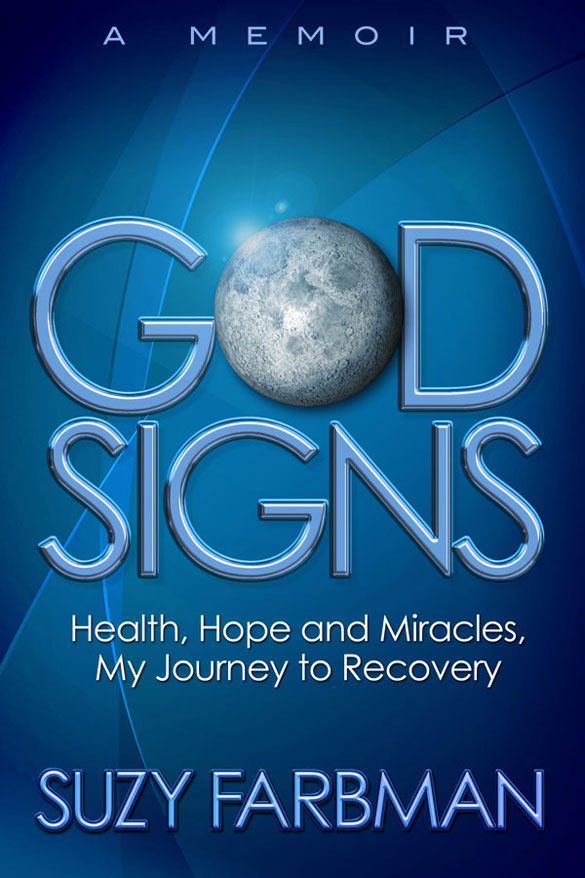 Godsign #4.  After lunch at Neiman’s, I spotted and bought a blazer featuring French expressions about the moon.  I’m a Moonatic.  The title of this blog and my book cover feature a full moon.  Since recovering from stage 4 cancer 15 years ago, I cherish each chance I get to view a full moon, still from the earth’s perspective.

Godsign #5.  Anne and I walked through the new mall at Hudson Yards.  I’m crazy about the fashion illustrations of Donald Robertson, aka Drawbertson.  The mall featured a Drawbertson mural, with words intended to express the mood of and serve as a photo backdrop for  shoppers.  Anne and I stood by “Epic” and got the best selfie of our trip.

Godsign #6.  Anne went a little overboard at Uniqlo.  (What else is new?)  She needed to ship purchases home.  I accompanied her to FedEx, but there was a line.  Stuck waiting, I Googled the Metropolitan Museum.  There were 2 must see shows at the Met.  One, a display of musical instruments by famous Rock & Roll performers.  (Anne adores music and sings well.  See Motown Fan Makes Her Broadway Debut 2013 column.) 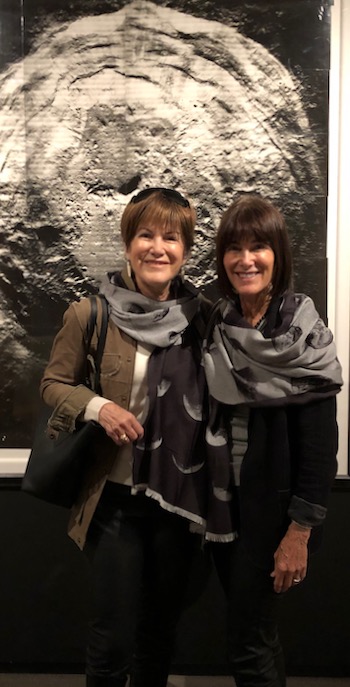 Anne and I at the Met wearing our phases-of-the-moon scarves.

The other: an exhibit about the Apollo moon landing.  Not only did we relish both exhibits, but the museum shop had scarves featuring phases of the moon.  Guess who walked out with 2 of them.

Godsign #7.  We loved the musical “Hadestown,” a fresh take on the myth of Orpheus and Eurydice.  15 years ago, seeing the play “Metamorphosis” about the same theme reminded me of the need to trust in and be patient with my recovery.  The same message rang out in “Hadestown.”  With Burton’s current health challenge, the love song “Whichever Way the Wind Blows” was hazardous to my eyeliner.

Godsign #9.  I recently read The Flight Portfolio, a novel based on Varian Fry, a Harvard grad and journalist who ran a rescue network in Vichy, France, helping artists and intellectuals to escape Nazi Germany.  Fry lived in Marseille (Double Godsign.  See #8) and was the first of 5 Americans Israel later honored  as a Righteous Gentile for risking their lives to save endangered Europeans during the Holocaust.  As Anne and I walked back from Broadway, a couple of young men walked behind us, singing.  At a corner, I said, “Thanks for serenading us.”  One of them said he can’t sing (true) but does speak often in public, fundraising.  For what?  For an international rescue organization started by Albert Einstein.  “And Varian Fry,” I said.   Our serenader nearly fell over with astonishment.

A sisters trip filled with reminders that the universe looks out for us.  Especially when we pay attention.  We walked a lot, ate a lot, shopped a little, slept even less.   A great getaway. 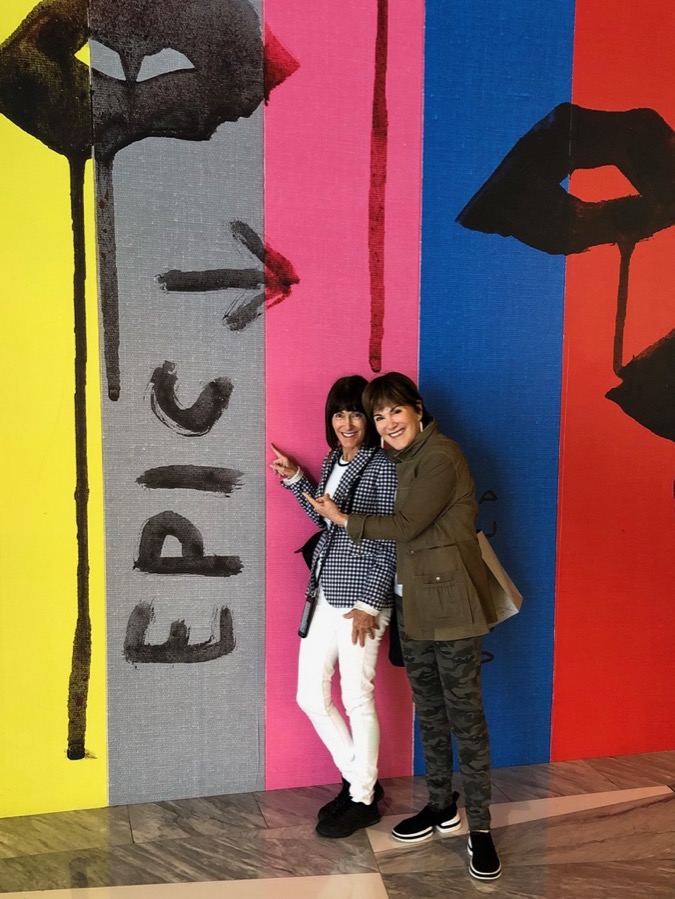