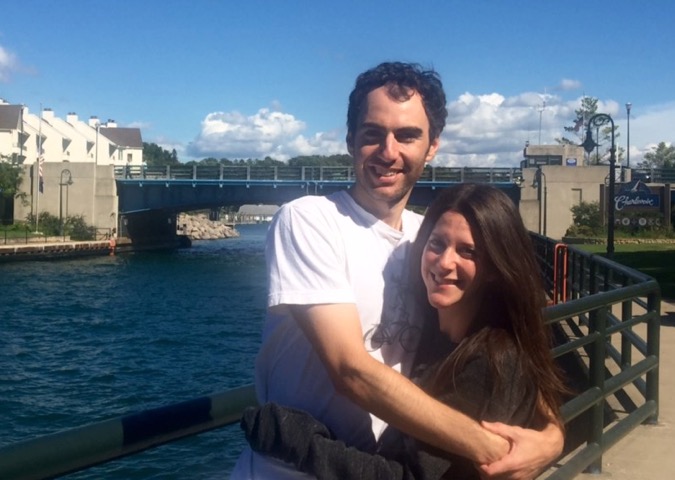 Elana’s been a survivor more than half her life.  At 11, she was an avid reader who also loved to write and had attended writing camp.  She began bruising easily and feeling tired.  She was diagnosed with leukemia.  After 3 years of treatment at Detroit’s Children’s Hospital, she was back on her feet and back at Hillel Day School. 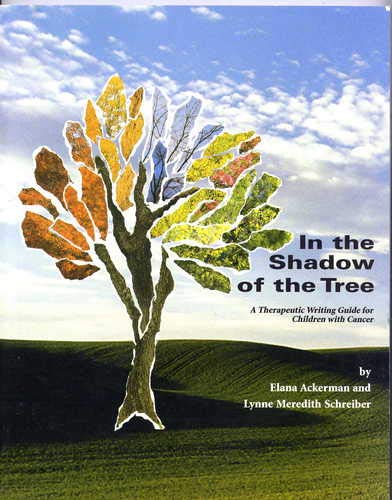 The experience had a lasting effect.  Elana wanted to help other children the way she’d been helped.  After her illness, she published a book of her poems and poetry exercises along with Lynne Meredith Schreiber, In The Shadow of The Tree: A Therapeutic Writing Guide for Children with Cancer.  Through the Make A Wish Foundation, she landed an appearance with Al Roker on the Today Show. Book sales took off; proceeds went to cancer research.

Influenced by her medical challenges, Elana decided to become a doctor.  She attended Michigan State U through the Medical Scholar program, which provided direct acceptance to med school. She also spent several weeks in London during undergrad; and in Russia while in grad school.

For the past year, Elana’s been a pediatrician at Henry Ford Hospital. She spends half her time on hospital rounds; half in the Henry Ford Clinic in W. Bloomfield, MI. As for being a doctor rather than a patient, she says, “It’s no fun being a patient. I much prefer wearing a white coat.”

Having looked at life from both sides, Elana maintains an upbeat attitude. “I try to be positive and adaptable,” she says.  “Cancer is part of who I am but not all of who I am. The experience helps me to relate to my patients. I don’t usually talk about my background. Sometimes I forget to mention it.  But if a patient’s having a hard time with a diagnosis, I’ll bring it up. I’ll say something like, ‘I’ve been where you are, and I got through it.  You can, too.’”

Elana’s gotten through a couple of recent health challenges as well, including a gall bladder extraction. “I just adapt. I make the most of what I have and surround myself with people who love and support me.”

In 2017, Elana experienced a “6 month whirlwind.”  She finished her residency at the end of June, started a new job in August, took her medical board exams in mid October. She got married this past January.  Whew!  Her husband, Andrew Goldberg, is a lawyer.

Does Elana recommend a career in medicine?

“Not for people who like a lot of sleep.” She laughs. “It’s hardest during your residency.  For me, medicine is a calling.  The human interaction is wonderful.  Figuring out a diagnosis is a puzzle, a lot of fun.  From the first day of medical school, I’ve never had a dull moment.”

Soon after talking to Elana, I was listening to NPR. Dr. Mona Hanna-Attisha, the physician whose research blew the lid off the Flint, MI, water crisis, was interviewed. She said her inspiration for becoming a doctor sprang from an accident she survived as a young child. One winter, her father was driving Mona and her mother in northern MI when the car skidded on a patch of black ice. The car crashed in a ravine, leaving Mona with a broken jaw, an injured spine, and, eventually, the desire to heal others as she was healed. And ultimately to brave the bureaucracy and save thousands from poisoned water.

As a mere mortal who values her sleep and couldn’t wait to finish undergrad, I’m ever grateful for the Elanas and Monas and others with the brains, drive and stamina to become physicians.  That includes my team of cancer docs– Dr. Ira Mickelson, Dr. Gordon Moss, Dr. Jeff Forman, Dr. Jack Ruckdeschel, and the late Dr. John Malone—all of whom helped save my life.

Thanks, Elana, for sharing your story.  And for all you do to help and heal others.

One thought on “Recovering from leukemia, Elana Ackerman grows up to be a doctor”