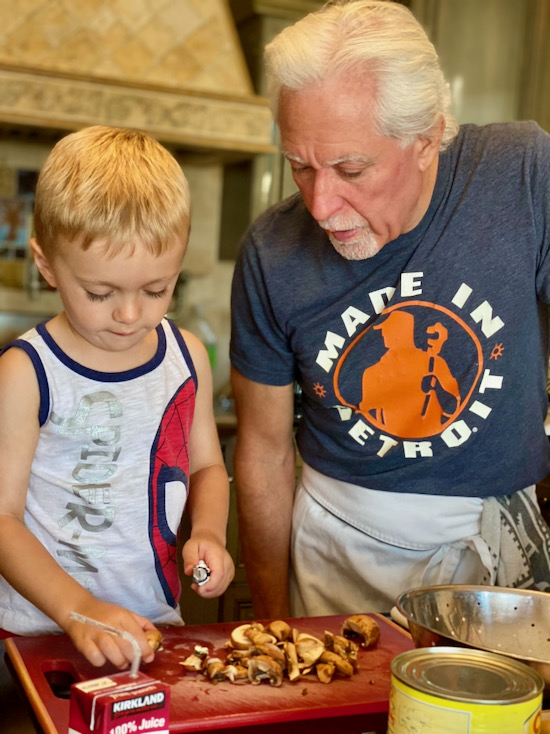 Some of us capitalized on the COVID quarantine to initiate projects we might not otherwise have begun. 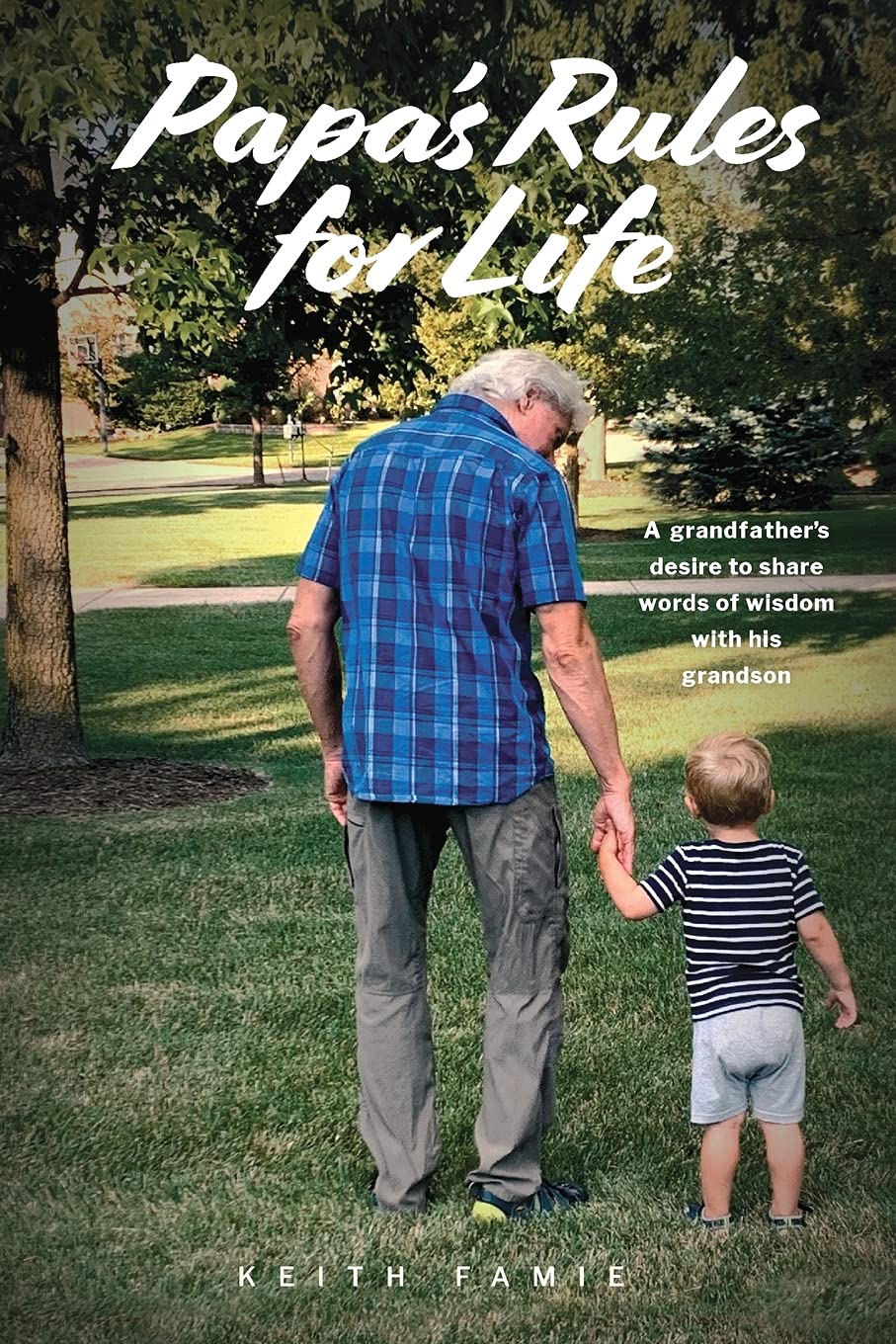 Keith Famie wrote a book for his grandson on life lessons he’s learned—many the hard way. Papa’s Rules for Life; A grandfather’s desire to share words of wisdom with his grandson features a sweet photo of Keith walking with his grandson Eider as the book aims to walk him into his future.

Over a lifetime of hits and misses, Keith became what he calls his “own personal mentor.”  To his grandson, he writes, “Hopefully you learn from poor decisions and use them as a tool to better yourself.  Sometimes you have to make the same mistake more than once.”

With a first act as a chef and restauranteur, a second as a game show contestant (“Survivor”) and a third as a video producer, Keith’s learned plenty of lessons. As a young chef managing restaurants, he thought being “a loud artistic dictator” was the best approach to leading a team. The error of his thinking “became all too clear” when the staff got together with hotel  management in an effort to get him fired. After a “very tense” meeting, he says, he met with the kitchen staff and “apologized for my poor leadership skills.” Making amends, Keith created the Benchmark Culinary Team with badges for chefs jackets. Lesson learned: “Take care of and care about your team, and they will take care of you.”

With my mind’s tendency to wander, I wandered into the realm of regrets, and how they can hurt or help. Back in the days before Burt’s stroke, when we were more mobile, we saw Paul Anka at Sarasota’s Van Wezel theater. Anka told a story involving the theme of regrets.  Years before, he’d  run into Frank Sinatra in Las Vegas.  Ol’ Blue Eyes complained that Anka had written songs for many others, but not for him.

Vacationing in the south of France in 1968, Anka heard a French ballad, “Comme d’habitude” (“As Usual”).  He bought the rights to the song.  Later, he dined with Sinatra and “a couple of mob guys.”  Sinatra said he was “sick of the business” and going to quit after finishing his next album.  Anka recalls feeling “scared to death,” as he’d been “writing all this teen stuff.”  But he bucked up, adapted the melody of the French song and rewrote the lyrics for Frank.

As Anka relates the story:

At one o’clock in the morning, I sat down at an old IBM electric typewriter and said, “If Frank were writing this, what would he say?  And I started, metaphorically, ‘And now the end is near.’  I read a lot of periodicals, and I noticed everything was ‘my this’ and ‘my that’.  We were in the ‘me generation’ and Frank became the guy for me to use that say that.  I used words I would never use.  ‘I ate it up and spit it out.’  But that’s the way he talked.  I used to be around steam rooms with the Rat Pack guys—they liked to talk like Mob guys, even though they would have been scared of their own shadows.

Anka finished the song at 5 am.  He called Sinatra at Caesars Palace, said he had “something special” for him. “My Way” soared to the top of the charts.  Anka’s record company was “pissed” he hadn’t kept it for himself.  “’Hey, I can write it,’ he said, ‘but I’m not the guy to sing it.’  It was for Frank.  No one else.”

“My Way” became Frank’s signature song, though his daughter Tina says he came to hate it and consider it self-indulgent.

I, too, once wrote on an IBM Selectric.  Somehow it never turned out anything quite as memorable as “My Way.”

But back to the subject of regrets. Like Frank, I’ve had a few.  Too few to dwell upon. I’ve been listening to the audiobook, The Biggest Bluff, by Maria Konnikova, a psych major with degrees  from Harvard and Columbia who’s never even held a deck of cards.  She decides learning to play poker could help improve her ability to strategize.  She convinces 8-time World Series of Poker champion Erik Seidel to teach her.

After months of study and online practice, Maria attends her first in person event in Las Vegas.  Dealt a terrific hand, she goes all in and loses her stake.  She approaches Seidel to share her tale of woe.  He refuses to listen.

View the loss as a lesson, Seidel says, and move on.

The Biggest Bluff is filled with quotes that help its author stay focused.  Listening to one on Audible, I was so struck by the insight that I got off my bike, replayed it, and emailed it to myself.

“Language is the mother, not the handmaiden, of thought; words will tell you things you never thought or felt before.”  W.H. Auden.

WOW!  As a confirmed lexophile, I’m blown away by the insight.  The things we tell ourselves are the things we come to believe.  If we dwell on our mistakes–what a loser we are/were, we become that loser.  When we let go of regrets, we maximize our potential.  I’m gaining on the writer/speaker/thinker/family member/friend/golfer I hope to be.

Name your preferences.  Name them and claim them.

This pandemic has given us the chance to know our own talents, hopes and dreams better.  Forgive yourself.  Improve yourself.  It’s never too late.