Another first in my quest, dear reader, to introduce you to fascinating people: My first ex-monk. 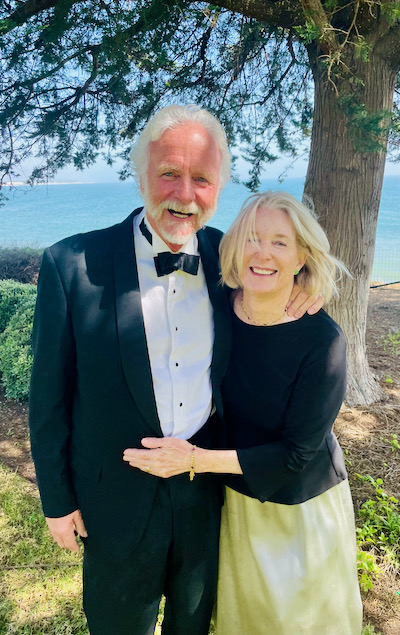 Raised Catholic, in 1978 Ross Quigley, then 28, sought “a contemplative, monastic life.” He lived at the Franciscan Retreat in Danville, CA. The next year he joined the “Spiritual Life Institute,” a Catholic Carmelite monastery in SW Nova Scotia. Later he spent time at monasteries in Sedona, AZ; Crestone, CO; and County Sligo, Ireland. Ross was what he calls “an apostolic hermit.” For 23 years he lived “in solitude and community” with men and women, aiming “to be personally, passionately present.”

Eventually Ross realized that while he’d learned to meditate and focus his mind, he was a workaholic. He decided he’d been spending too much time working on publishing projects and doing tasks around the monastery. He’d sought a contemplative life but had gotten too busy to stay disengaged.

“I’d lost my way,” he says. “Instead of going deeper, I kept focusing on another To Do list. To be me, I needed to go somewhere else.”

Ross left the monastic life and decided to go home again. He returned to Santa Barbara, CA, where he’d grown up and where “the air felt like home.” In this next phase of his life, a yoga teacher introduced him to Suzanne Duca.

Suzanne was on a break from teaching Art History at Moorpark, CA’s Moorpark College.  She was in San Francisco, working with the Making Waves Education Foundation. The program empowers and educates “historically underrepresented and underserved people.”  Suzanne is devoted to improving educational opportunities for others.  She and former husband, Reece Duca, had created and sold The Learning Company, an internationally recognized developer and marketer of educational software. Suzanne and Reece set up a family foundation to support human services, open spaces and recreation. They fund scholarships for inner city and local schools in Carpinteria, CA, and Taos, NM.

Suzanne lived in Carpinteria, near Santa Barbara. While she was in San Francisco, Ross watched over her home. On her return, Suzanne became friends with Ross. Inviting him on hikes with her girlfriends and introducing him to potential dates. When nothing developed between Ross and Suzanne’s prospects, Ross says, “she started introducing me to her gay friends. Nothing happened there either.”

Despite failing to spark Ross’ romantic interest in anyone else, Suzanne, now 73, and Ross, now 72, became good friends. Eventually very good friends. They realized they shared an interest in walking the Camino de Santiago spiritual trail through France and Spain. They headed overseas together and “became close,” Suzanne says, while walking the 1000-mile trail.

Ross sums up their relationship. “Suzanne started seeing me herself and hearing my stories.  Along the way we became romantic and committed lovers.”

But marriage was not in the picture. Suzanne says, “My first marriage ended in divorce. I didn’t want to risk another failure.”

The couple are now 22 years into what Ross calls “a friendship/lover relationship.” He says, “With my Catholic upbringing, I told Suzanne I couldn’t promise to spend the rest of my life in a marriage. I have nothing against it; it’s just not necessarily for me. But Suzanne and I live a committed life. If we’re still together in our 80s, maybe we’ll get married.”

Suzanne admires the effect Ross has on others. “He’s like the Pied Piper,” she says. “He gets together with informal groups of men for coffee and meaningful conversation. He helps a lot of people to be more honest and in touch with themselves. In that aspect, he’s still really a monk.”

I sense Suzanne’s meaning. Ross radiates a kind of inner peace. He says, “So many people live in fear. I’m not afraid to be simple, humble or foolish. I’m happy to carry around a kind of joy and to share it with others.”

Part of Ross’ commitment to Suzanne included nurturing her through a horrific accident four years ago.  An expert, lifelong skier and one time ski instructor, Suzanne was skiing at Red Mountain in British Columbia north of Spokane.  She was gliding down a trail at the end of the day when another skier merged from a much steeper trail without looking and head butted her.  “It could happen to anyone,” Suzanne says.  “My helmet probably saved my life.  I don’t remember anything about it until a doctor stood above me and said 99% of my face was damaged.  Luckily the crash didn’t harm too much of my brain.”

One long surgery and prettily restored face later, Suzanne’s back to leading an active, productive life.  Her home sits on a bluff in Carpinteria.

Several years ago, Suzanne and Ross took over a monthly singer/songwriter program they’d enjoyed attending.  Hearing the program was about to cut back, Suzanne protested.  “You’re filling a huge void in our lives,” she said.  The organizer suggested Suzanne and Ross take over the event, and they did.  (The founding couple still help out.)

With lawn space for 140, Suzanne and Ross invite a singer/musician of Americana music to perform in their front yard.  Suzanne sends out an email inviting guests to each monthly summer concert, first come/first served.  The setting, overlooking the ocean with horses grazing in paddocks, plus complimentary buffet dinner and beverages, render concerts quick sell-outs.  Guests make cash donations to performers.

Suzanne and Ross are especially excited to have Nashville Hall of Fame, American country music singer/songwriter/musician Marcus Hummon as their latest artist.  Hummon’s “Bless the Broken Road” won the Grammy for Best Country Song in 2005.  Hummon is currently working on “American Prophet,” a pandemic-delayed Hamiltonesque musical about abolitionist Frederick Douglass.  (After checking it out on You Tube, I prophesize “American Prophet” will net an American Profit.)

Thanks, Anne Towbes, for introducing me to this terrific twosome.  And thanks, Suzanne and Ross, for all you do to make California, and our world, a more harmonious place. 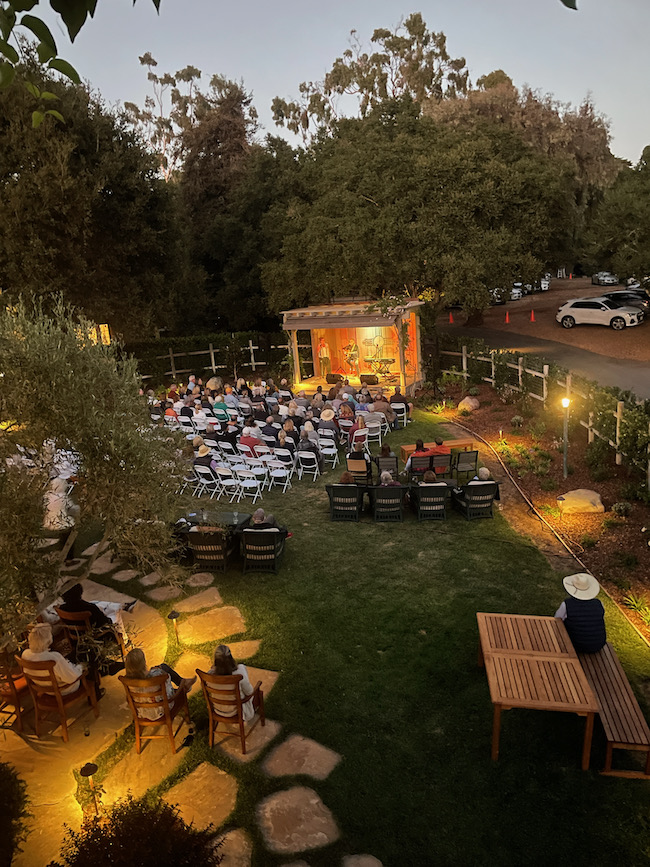