It is not given to human beings—happily for them, for otherwise life would be intolerable—to foresee or to predict to any large extent the unfolding course of events.
Winston Churchill, eulogy for Neville Chamberlain 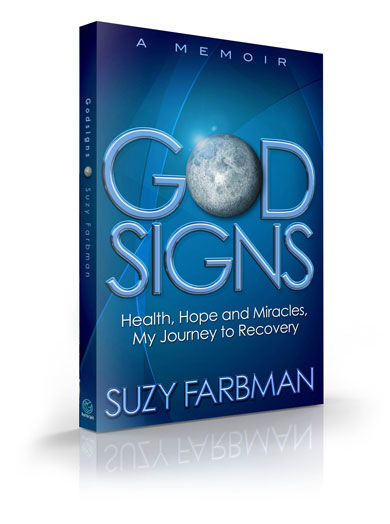 Click this cover photo to visit the book’s Amazon page.

With a book and a column called Godsigns, you know where I stand on theology.  A listing service I’d never heard of but now revere ranked my book Godsigns #7 on their list of best books to learn about God.  Given the current crisis the world faces, having a higher power seems more urgent.

For the past 2 years our family has been dealing with a different ordeal—my husband Burt’s brain cancer.  His left side was paralyzed due to a stroke he suffered during brain surgery.  We’ve been self-quarantined for several days.  Burton, Fayez our caregiver and I are all considered “high risk.”  Prayer helps me to cope and be compassionate (most of the time).

In recent years, among the intelligentsia (whoever they are), belief in God seems to have gone out of fashion.  Case in point: a smart and sensitive friend, going through a cancer crisis, sent out an email about his condition.  Acknowledging his disbelief in God, he asked friends for positive thoughts.  I responded that while he may not believe in God, I do.  And I would pray for him.

This past week on TV, Cardinal Dolan was talking about the COVID-19 health crisis and the need for God in this perilous time.  He mentioned the word “Emmanuel” and explained its meaning: “God is with us.”  To hear an esteemed Catholic priest quote a Hebrew word was somehow comforting.  An acknowledgement that we’re all in this together; we all need reassurance; and God is looking out for us.

Months ago I was talking to girlfriend Pat about our friend Peggy’s husband.  Bill had been an ace pilot and a general, but at that point lay dying.  My voice broke as I said to Pat, “I choose to believe in God.  At times when I feel so helpless, it’s a comfort to believe in something other than frail, fallible human beings.”

I feel that way, too, about international leaders who make decisions that affect all of us.  I don’t want them considering themselves ultimate authorities.  The definition of hubris is “excessive pride or self-confidence.”  In Greek tragedy it means defiance of the gods, leading to nemesis, or downfall.  I prefer leaders, who might otherwise be tempted toward self-interest, to consider themselves accountable to a higher authority.

A belief in God given possibility, in something bigger than my limited self, has helped me through serious problems.  Problems that could have taken me or my marriage down.  Bolstered by prayer, I wrote books that helped me and and others get through such problems.

In 2004, I was treated for stage 4 cancer.  The first diagnosis of my health crisis occurred on July 26th.  During that frightening time, the number 26 kept coming up.   Wondering why, I turned to the Kabbalah, the tradition of Jewish mysticism, dating  back to the first century A.D.  In the Torah (the beginning of the Old Testament) the name of God is mentioned 72 different ways. According to a system called Gematria, each name has a numerical equivalent.  Each number, a meaning.  If we’re guided to a certain number, we should pay attention to its meaning.  (For more about this, turn to Godsigns, the book.)

#26: Order from Chaos.  Recognizing that order could someday ensue helped me to cope with the chaos into which cancer had thrown my life

In this era of COVID-19, a crisis of biblical proportions, I looked up #19.  In the Bible, #19 represents a symbol of faith.  It proposes that people who have faith in the divine will lead more peaceful lives.

I heard a quip that seems relevant: They say God doesn’t give me more than I can handle.  I just wish He didn’t think so highly of me.

I’m praying for a cure and a vaccine, STAT.  Meanwhile, God helps those who stay quarantined.  With a worldwide pandemic depleting populations and decimating social interactions, with science and medicine only able to move so fast, I’d welcome some more divine intervention.  How about you?

God bless us all.

4 thoughts on “Seeking divine intervention in a time of crisis”