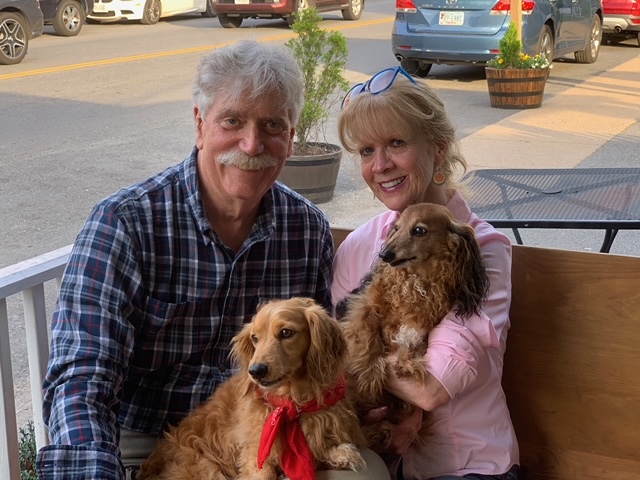 Shanda, her husband Patrick and friends.

Shanda Sullivan knows the joy of having a sister.

And the pain of losing her. 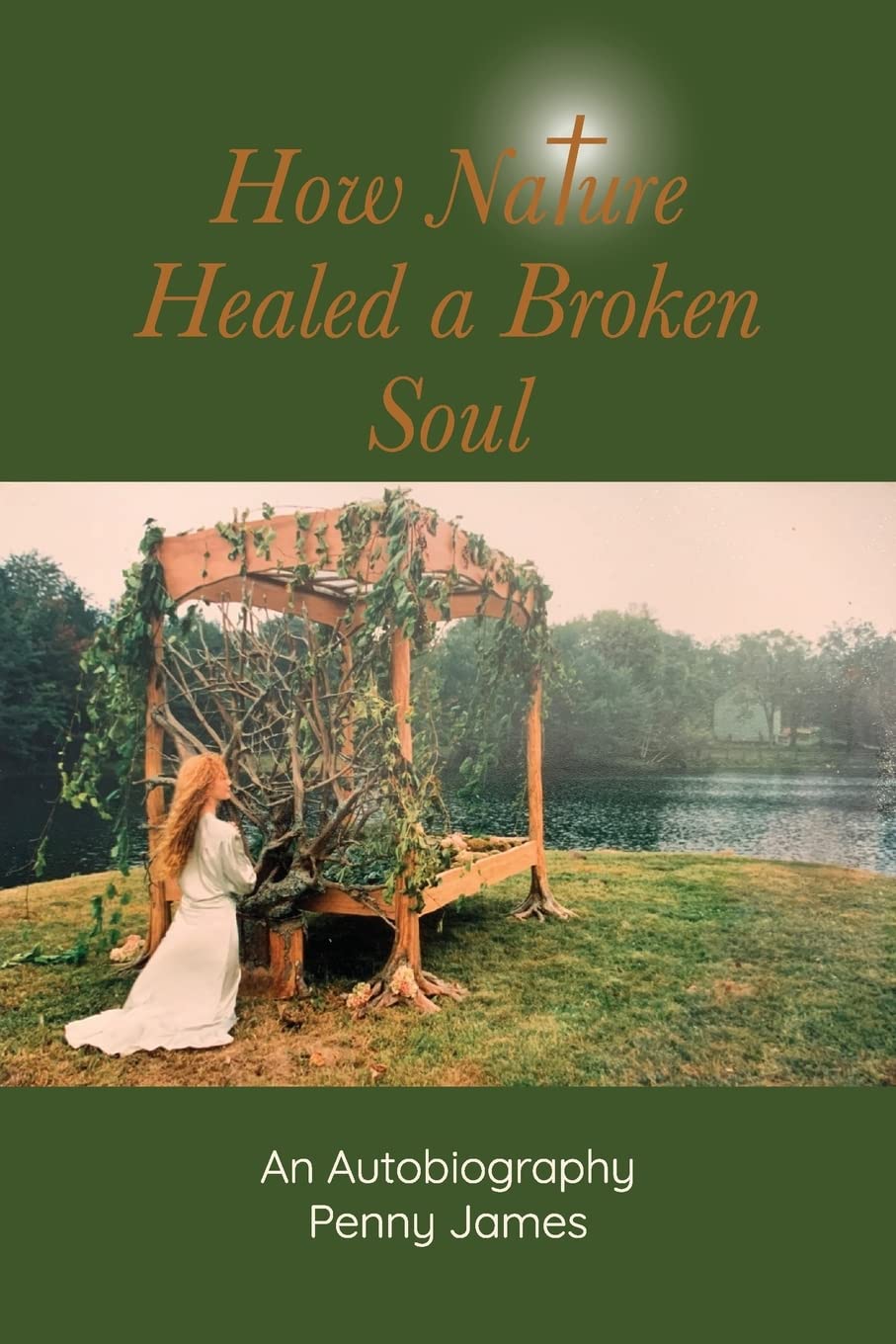 When Shanda’s sister Penny James died at 77, in 2019, Shanda was bereft.  She was also determined to fulfill Penny’s dying wish—to finish and publish her memoir, How Nature Healed a Broken Soul. No small feat considering that both sisters dealt with serious health issues, Shanda isn’t a writer—and Penny was brutally honest in telling her story.

Shanda has suffered from Multiple Sclerosis for 35 years. Penny faced challenges as well, contracting Raynaud syndrome, a painful disease associated in her case with scleroderma.

Beautiful and outgoing, Penny led a high powered young life.  She was Miss Colorado, 1962, and a runner up to Miss USA.  A fashion model during the Twiggy era, Penny was represented by top NY agencies Wilhelmina and Eileen Ford. She appeared on five Playboy covers but refused to do a centerfold. Her life wasn’t as enviable as it appeared. During what Shanda calls her sister’s “difficult” 20-year marriage, Penny suffered “dangerous alcohol addiction and self-esteem challenges.”

In her memoir, Penny writes of rubbing elbows with Cher, Jackie O and Ali McGraw in New York in the 1960s and 70s, and of the glamorous life she led. “Having a keen fashion sense can attract royalty. Crossing legs at the right angle while sitting and sensually using body curves to full advantage while wearing an Yves St. Laurent garment could be far more effective than a college degree in ‘getting a man.’ A marriage proposal from a rich, powerful gentleman promised the peace of mind that comes with financial security and… an exciting lifestyle. Knowing how to dress was a free ticket into the newly opened Studio 54…”

Penny’s husband had a fling with fame as well. A plastic surgeon, he briefly starred in a syndicated tv series “Today’s Health.” Penny spent many hours teaching him how to appear comfortable and convincing on camera.

Regarding her Jet Set younger years, Penny recalls a trip to Greece with her husband and his nurse/mistress. They dined at the home of an Onassis cousin on whom her husband performed a rhinoplasty. She mentions another evening at the home of Golden Globe nominated actress Carlin Glynn. Robert and Lola Redford and Dustin Hoffman were there, dressed in jeans. About the evening, Penny writes, “My flowing gown and leg placement at a flattering angle didn’t cut it with this group…. I came home and knew my world was crumbling.”

After 20 years of marriage, Penny and her husband divorced. In her memoir she examines the price she paid for her so-called glamorous life. “…as youth faded, that sense of security was lost.  Was I afraid of being tossed out with the trash? Drugs propped up my self-esteem, then turned on me, bringing desperation and insecurity I hadn’t known before.” 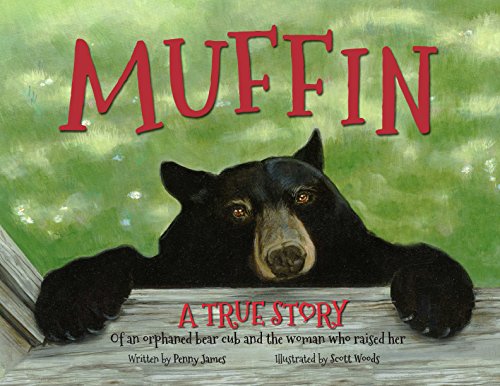 After 11 years in the spotlight, Penny gave up her modeling career and the pressures of the ‘60s and ‘70s party scenes in Chicago and New York. In the 1980s, she moved to a 100-year old farmhouse in northeastern Pennsylvania. There she found the peace of mind that had eluded her. An  attentive neighbor was a bear she named Sophia. In Muffin: A True Story, a charming children’s book Penny published about the experience, Penny writes, “I heard an odd sound, a delicate tap… tap… tap.”  She looked out the window to see a black bear peering in at her.

“She seemed polite and good natured,” Penny writes. To entice the bear to stay, Penny tossed out a donut. “The bear had such good manners. She picked it up, ate it carefully, then wanted another.” Many more donuts followed. Tapping occurred daily. Before long, Sophia clicked her teeth together, signaling to three cubs it was safe to descend from the tree where they hid.

Even the Muffin story was part of the roller coaster in Penny’s life.

Here’s the sad epilogue to this story: While Penny relished her relationship with Sophia and her offspring Muffin, the National Park Service advises against befriending wild animals. Attacks, though rare, most likely occur when bears are “protecting food, cubs or their space,” the park service says. Bears that are too comfortable around humans run the risk of encountering other less friendly humans. Such was the case with Muffin and three of her cubs. All four animals were shot and killed by a hunter.

Penny developed achalasia, a rare digestive disease that impedes digestion. She handled her  complications with grace, writing, “I am a patient with achalasia, scleroderma, pulmonary hypertension, AFib and non-Hodgkin’s lymphoma. Yet I’m still alive and look healthy.”

Shanda says joining AA allowed her sister “to develop a relationship with God and begin her healing journey.” Penny reached out to others. As a volunteer, she shared her story with female inmates at Riker’s Island, reading to them and collaborating on a sculpture garden featuring a totem of branches and twigs.

“Penny believed we’re all connected on God’s earth with zero degrees of separation,” Shanda says. Zero degrees describes Shanda and Penny’s relationship. In her memoir, Penny credits her sister for tireless medical advocacy and moral support. “Shanda has always been the one beside me when I’ve really needed help.”

I met Shanda, who lives in Virginia, several years ago at a Cowboy Poetry Festival in Elko, Nevada. Our dear friend Richard Webb convinced us to fly from Florida across country and then drive for about three hours to this small but lively western town. A bonus of attending, including the high voltage poetry of Paul Zarzyski and music of Texan Tom Russell, was meeting Shanda.  Her husband Patrick served on the board of the Elko-based Folklife Center, which organizes the annual event. Poets and singer songwriters perform around town on stages including the high school gymnasium.

Though more low key than her sister, Shanda shares Penny’s determination. Developing MS at 37, Shanda more recently had breast cancer—twice. For now, her MS symptoms are “relatively mild.” She theorizes the disease may have been slowed by chemo she took for breast cancer.  Shanda was born and raised in Colorado. She was a flight attendant for United Airlines until MS ended her 20-year career in the air. With a close friend, she then started what became a successful interior design business.

Shanda’s husband Patrick is a retired navy pilot, aeronautical engineer and professor (aka “rocket scientist”).  A “super duty” pilot in Vietnam, Patrick flew a MEDEVAC to pick up wounded brothers—something he did on alternate days off after flying Navy helicopter gunships and SEAL ops.  Aboard USS Enterprise, the first nuclear aircraft carrier, Patrick took charge of on-board filming, arranging the opening scenes in the original “Top Gun” movie with Tom Cruise.  When Shanda and I first spoke, Patrick was away, escorting his friend, legendary  cowboy and blues singer 91-year old Ramblin’ Jack, on tour of Nashville and the South.

As maternal and caring as Shanda is, she and Patrick didn’t have children, lest pregnancy worsen her MS. She’s as devoted to her other two sisters, Bobbie and Sheila, as she was to Penny. During the four months Penny underwent chemo, Shanda convinced her sister to live with her and Patrick. She accompanied Penny to appointments. As challenging as those months were, the sisters still managed to “be silly and laugh.” They especially delighted in composing a tray full of beautiful but inedible foraged mushrooms.

Penny, sober for 34 years, called Shanda every Sunday to go over a Bible passage. Joining AA helped Penny recover a sense of sanity. She believed her story might help others through difficult times. “She wanted others to know they could learn from her mistakes and come through them, as she did,” Shanda says.  When ill health prevented Penny from finishing her memoir, she asked Shanda to complete it—a seemingly impossible request considering that on top of her existing health issues, Shanda had lately been diagnosed with Lyme disease.

“I stared out the window thinking I might never be able to garden again, no less complete Penny’s book and publish it,” Shanda says. “But it was a deathbed promise, and in our family we were taught to be tenacious. So I did my best. I learned how hard it is to turn a rough manuscript into a finished, edited, and finally published book. Especially when it covers such painful moments in the life of someone I dearly loved.” The experience, she admits, “took a toll.”

Thanks, Shanda, for sharing your resilient sister and equally resilient self. On Nov. 8, you’ll turn 72. Happy and HEALTHY, well-earned birthday wishes.

A Penny James Gallery from her heyday in media 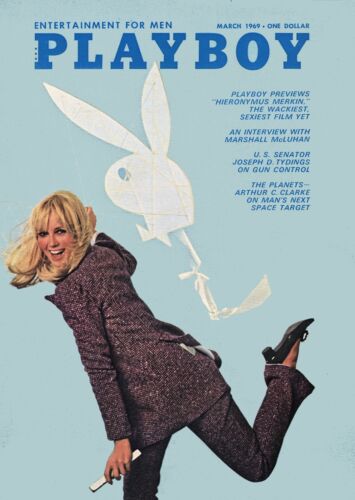 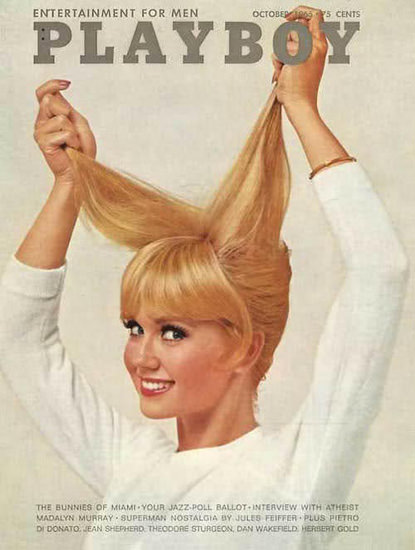 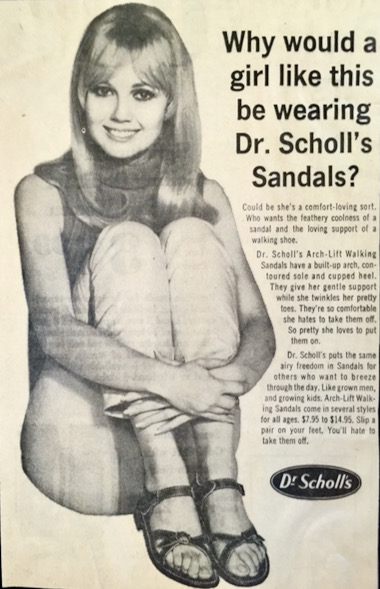 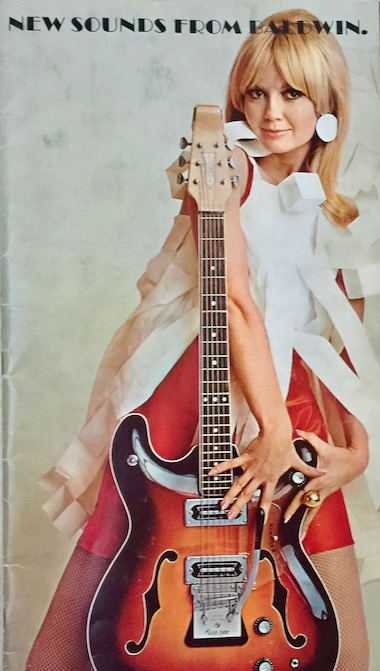 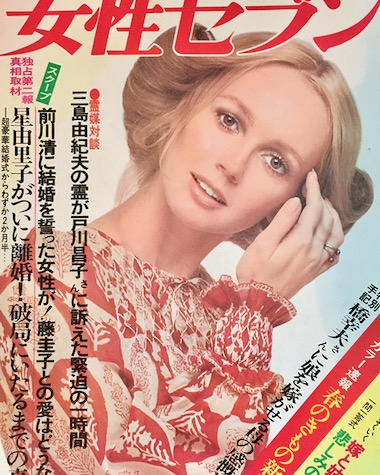 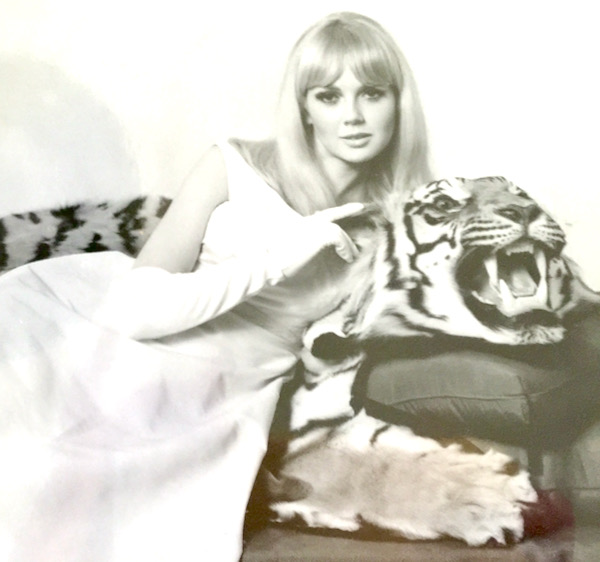 2 thoughts on “Shanda Sullivan fulfills sister Penny James’ dying wish to publish her memoir about the cost of her once glamorous modeling life, addiction and health issues”