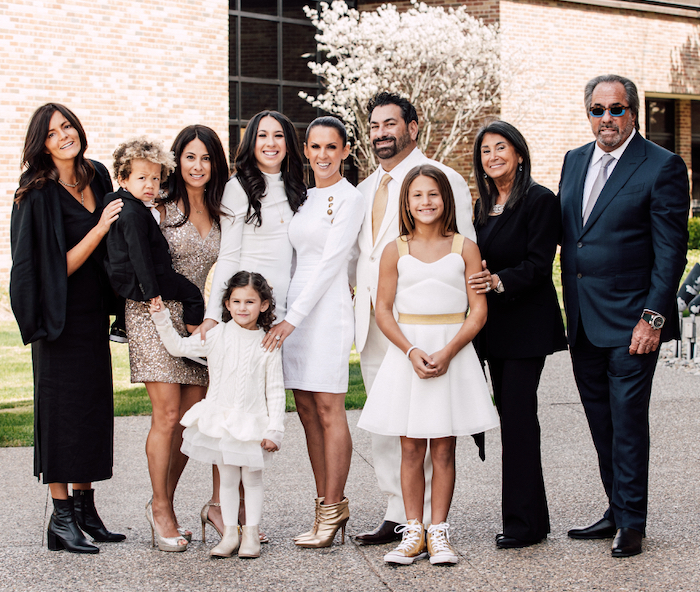 Shelley and Richard Golden stand at right with their family at Gabriella’s bat mitzvah. (Photo courtesy of the family.) You will find a gallery of photos to enjoy, below.

Our friend Shelley was so full of wit, grit, dazzle and spunk, I can’t come close to describing the supernova she was.  But I owe it to her to try.

Smart lass, to slip betimes away/ From fields where glory does not stay./ And early though the laurel grows/ It withers quicker than the rose.

Shelley slipped away from life and glory much too soon.  She adored art and beauty and was mad for roses.  Especially Golden ones.  On excursions to antiques fairs and shops in NoMI, I witnessed Shelley’s delight in discovering hand towels, china and anything else adorned with yellow roses.  When we returned to her charming home overlooking the harbor in Charlevoix, MI (which I featured in design magazines), she insisted I consult on the placement of her latest yellow rose acquisition.  She loved flowers outside as well.  In front of her home, she planted a charming heart shaped garden.

Shelley and I were strolling down Dixon (her street) some 15 years ago when she said something that made my heart plummet.  Her gynecologist had spotted a cyst on her ovaries. They’d “watch” it.

My friend Ginger Curtis, diagnosed with MS at 35, had created a healing labyrinth in her Petoskey, MI, backyard.  (Mythology Scholar Ginger Curtis Gets Her Sign; Godsigns, 2015/09/13)  Shelley and I walked Ginger’s labyrinth, praying for Shelley’s recovery.  Sadly, it wasn’t to be.  After years of debilitating chemo treatments and countless visits to medical centers for ovarian cancer, Shelley died last week.  She was 75.   She leaves behind her dynamic husband Richard with whom she conceived and built SEE, a successful eyewear company.  Son Seth, who followed in his father’s footsteps taking over SEE.  Daughter Jessica, a professional comedian/TV writer in LA.  And four grandchildren, one of whom—a girl—is on the Little Caesars competitive AAA travel hockey team.

Shelley and Richard’s offspring spoke at her funeral in Michigan on Dec. 18.  Seth recalled, “Fifteen years ago to this month my mom was diagnosed.  It was a long shot she’d be at Hillary’s and my wedding.  But not only was she there, she danced all night.  Mom never let her difficult challenge stop her from showing up 100%.”

Daughter Jessica said, “My beautiful momma was my absolute hero, the funniest person I ever knew, and I work with a lot of comedians.  She never flinched about being my star subject.”

Case in point: Jessica’s routine about Jewish mothers ordering dinner.  “My momma called herself a Rock ‘n Roll Grandma.  She was 100% authentic and 1000% lovable.”

Deeming Shelley “all sunlight and optimism,” Rabbi Harold Loss said Shelley was once asked how many languages she spoke.  “Only English,” she said, “but a lot of it.”  Shelley and Richard met at a party, Rabbi Loss said.  Richard was 16; Shelley, 15.  In a contest for the then popular dance the Twist, Richard won for the boys; Shelley, for the girls. Rabbi Loss said Richard wrote on Shelley’s high school senior yearbook photo, “To the woman most likely to become the mother of my children.”

With a Masters degree in Social Work from Oakland U., Shelley was known and loved for her big heart.  Rabbi Loss said Shelley walked by a homeless man, asked his name and returned bringing him something to eat.  At one point, the man asked her, “What’s tonight’s cuisine?”

Richard and his brother Randal bought Detroit-based DOC optical company from their father, local celeb Donald L. Golden, and took it to another level. Around 1998, Richard and Shelley created a hipper brand of eyewear and launched SEE.  Shelley came up with the name. Featuring “hip without the rip” high-fashion eyewear, SEE has won “Best Optical” 81 times in newspapers and magazines around the nation.  At annual company-wide meetings, Shelley could be counted on for words of motivation and humor.

After Shelley’s funeral, I got together on ZOOM with some of her BFFs.  Peggy Daitch spoke of Shelley’s “megawatt smile” saying Shelley “wasn’t just warm; she was hot.  She always leaned in.”  Brenda Rosenberg recalled how Shelley “literally” saved her life.  The morning of Yom Kippur eve, in 2019, Brenda and Shelley were together for coffee.  Brenda dropped her cellphone.  She bent down but was unable to pick it up.  “Shelley said, ‘Don’t move, Brenda. You’re having a stroke.’  She said it as calmly as if I were ordering a bagel for breakfast.”  Shelley called 911 and Brenda’s husband Howard.  Brenda was rushed to the hospital and is fully recovered.  Zina Kramer observed “in the process of healing herself, Shelley learned a lot about medicine.”  Sandy Seligman talked about playing Canasta with Shelley.  “She’d show up at the last minute and seem clueless about her cards,” Sandy said.  “Somehow she always won.”

Shelley’s home was spotless.  In the powder room, corners of toilet paper were turned back in a V; paper towels, neatly stacked.  At a Golden party, Brenda and the Goldens’ old friend Alan Sussman decided to prank Shelley by tearing off the folded T.P. and riffling the paper towels.  Though they never observed Shelley in the act, order was always promptly restored.

Shelley’s girlfriends were well represented in the framed photos she displayed.  She was proud of the shelf in her bookcase filled with with books by her friends.

Shelley dressed beautifully and wore (but claimed to be embarrassed by) a big diamond ring Richard gave her.  Putting laundry into a washing machine one day in Miami, Shelley snagged the ring and noticed the stone was missing. Ever resourceful, she called her brother-in-law, who lived near the restaurant where she’d eaten lunch.  He checked under the chair in which Shelley had sat.  Stone found.  Crisis averted.

Like the ring she wore, Shelley was a gem.

Her stature was petite, but her spirit was huge.

For the legion of fans and friends she  made wherever she went, the world has lost some of its sparkle.

First, here’s a video of Jessica: 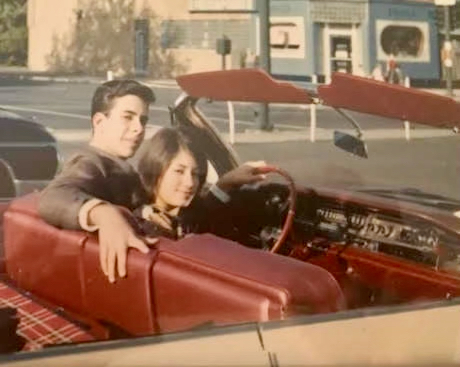 A much younger Richard and Shelley. 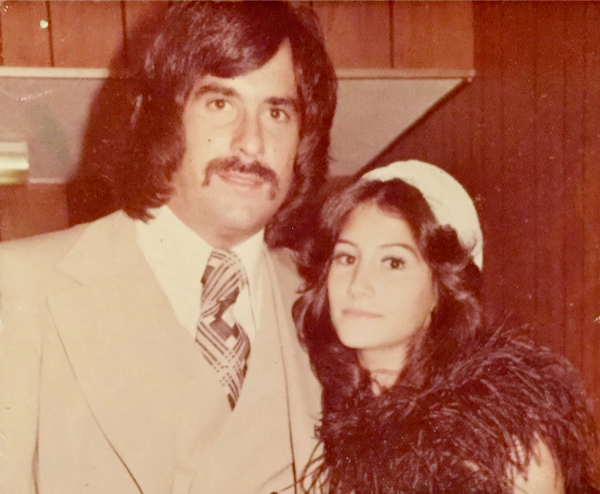 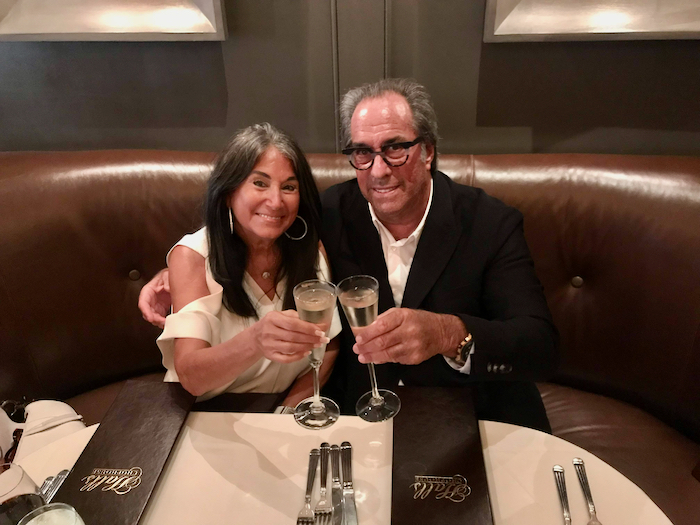 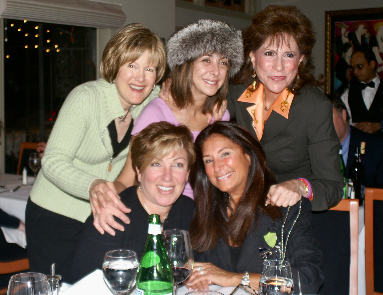 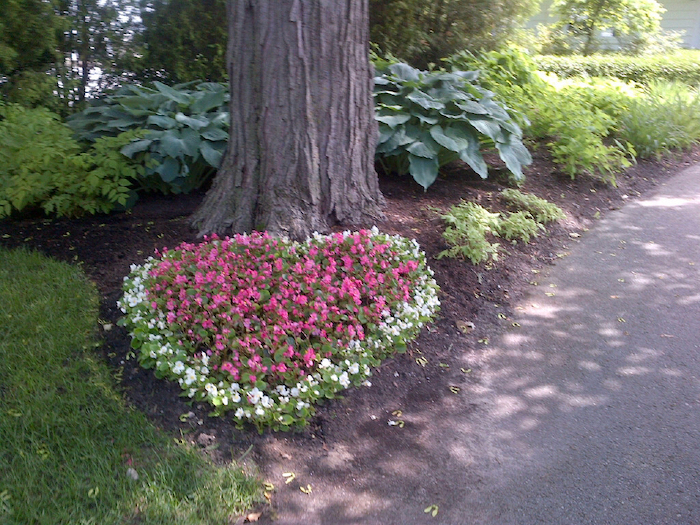