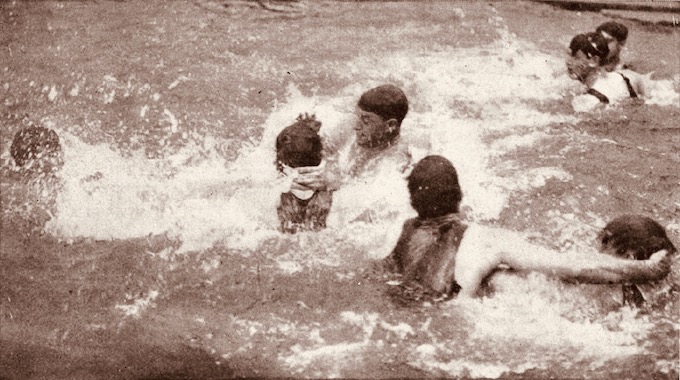 GOING FOR THE GOLD—No, this isn’t a scene from Northern Michigan’s shoreline. This is from the 1904 Olympics in St. Louis, where star athlete Rex Beach helped to lead the American team to a silver medal. Exactly where is he in this photo? The archives don’t record the names..

A stunning, stone-strewn coastline (okay, maybe I overdid it with the alliteration) extends along Lake Michigan a few miles from Timber Ridge, our farm south of Charlevoix in NoMI. 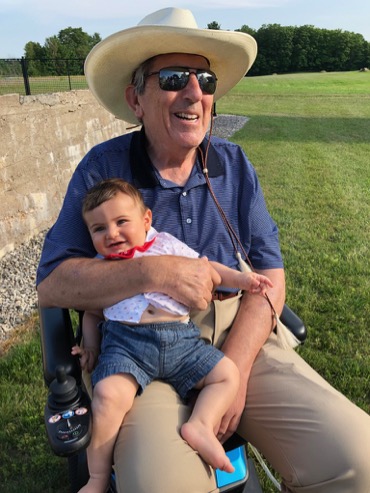 Like Rex Beach, Burton enjoys a broad-brimmed cowboy hat as he sits in the son with grandson Beau at Timber Ridge, our farm in Northern Michigan.

The lake is reached by Rex Beach Road. Most drivers speeding to or from Traverse City on Highway 31 don’t know the origin of the road’s name.

Rex Beach was a novelist and playwright born in 1877 in tiny Atwood, MI (today’s population, @1500).  Nearby Charlevoix officially bills itself “Charlevoix the Beautiful.”  Atwood residents like calling their town “Atwood the Adorable.”

Burton discovered the pristine shoreline several years ago.  The property was about to be subdivided into home parcels.  Burton decided the 156 acres, including nearly a mile of Grand Traverse Bay shoreline, should be kept in their natural state, accessible to all.

My husband collaborated with local residents to ensure that future generations would be able to enjoy this lovely stretch of forest and beachfront. Burton knew state money was available for land conservation purposes, but that the bureaucratic process would take many months. He found a foundation to buy the property from the previous owners and, eventually, sell it to the county. 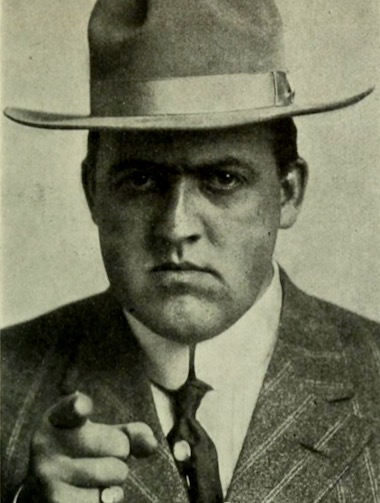 Rex Beach looking as stern as many of the characters in his Western romance novels.

Today the Antrim Creek Natural Area features signage explaining its history. It tells about the glacier that formed the Lake Michigan basin some 12,000 years ago, about the Anishinaabeck Native Americans and later European settlers who once lived here, and about modern efforts to preserve the land for all.

Of the latter, the sign reads: “The full story of the acquisition of ACNA is as complicated and multifaceted as the many individuals that played a part in the process.”

With Burton’s memory challenged by last year’s brain surgery, I’ve appointed myself family historian.  Burton’s too modest to claim any credit for saving this beautiful area for the public.  But for the record,  my husband is one reason that today I, and many others, can walk barefoot on warm, packed sand, enjoy waves lapping  at our feet, collect rocks worn smooth by eons and admire sparkling blue vistas.

As for Rex Beach, he deserves recognition, too.  Educated as a lawyer, he was attracted to Alaska during the Klondike Gold Rush.  After five years of unsuccessful prospecting, he found literary gold.  He wrote  over 30 adventure novels. 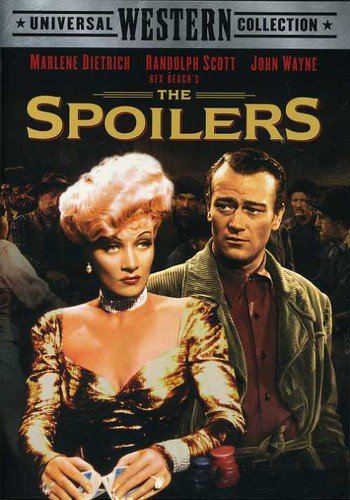 His second, The Spoilers, was based on a true story of corrupt Alaskan government officials stealing gold mines from prospectors.  The book was a best seller in 1906, and was adapted into 5 movies, one starring Gary Cooper; another, Burton’s hero John Wayne.

As if his literary success weren’t accomplishment enough, Beach was also an athlete.  He played for the U.S. on the water polo team that won a silver medal in the 1904 Summer Olympics in St. Louis.

Burton’s philosophy these days: “You’ve got to make the best of what you’ve got.”  For now, the best he’s got involves a wheelchair.  He’s no longer able to hike the sandy shoreline of Rex Beach.  I hike it for both of us.   I take special joy in coming upon castles created by children, studded with flat black slate rocks, and in knowing my husband helped make these building projects possible.

In Latin, the word Rex means King.  Strikes me as appropriate.  Rex Beach, for whom the road was named, and Burt Farbman, who helped keep this lovely area forever open to all.  Both kings among men.

GOT A KINDLE? One eBook vendor is offering a collection of his novels for Kindle, via Amazon, for only $1.99.

SEE THE MOVIE—Most of the early movies made from Beach’s novels are either “lost” or only available in grainy copies. However, Burton’s pick is the John Wayne version of The Spoilers, which is inexpensive on Amazon. 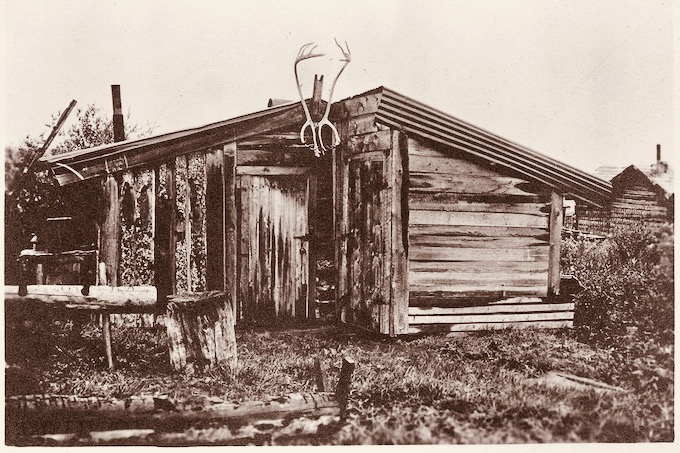 HE LIVED THE LIFE! This was Rex Beach’s cabin in Alaska, during the years he prospected there just after 1900. 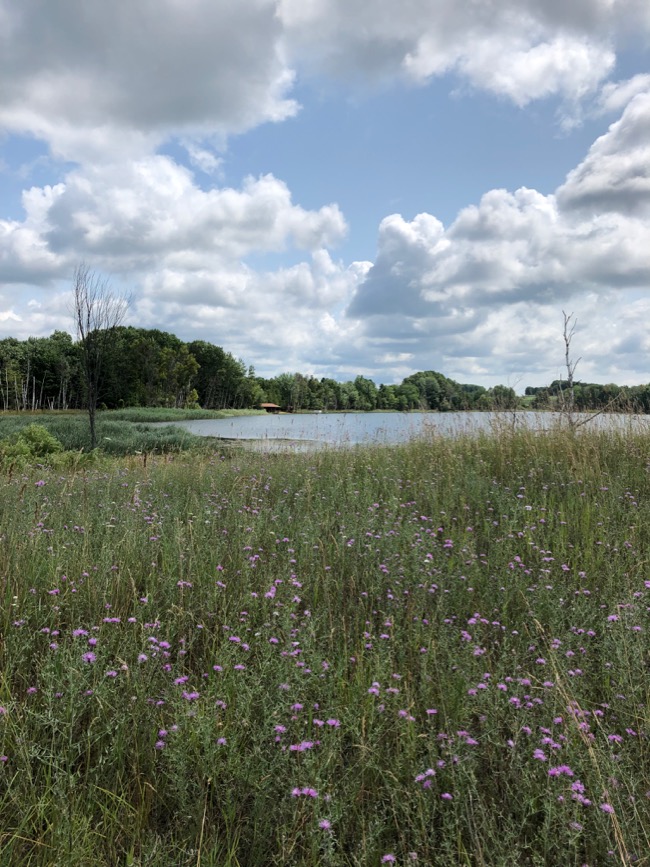 Thanks to Burton’s efforts—what a beautiful stretch of Northern Michigan!

5 thoughts on “The story of a beautiful beach in Atwood, MI, involves author Rex Beach and developer Burt Farbman”