Each of us has cause to think with deep gratitude of those who have lighted the flame within us.
Albert Schweitzer

At a low point in my life—marriage problems, flagging self-esteem, sick mother—I dragged myself to California to attend a program run by the late Debbie Ford. I’d devoured her self-help book, The Dark Side of the Light Chasers.  Debbie taught our group of woebegone disciples to create a gratitude list. Despite my troubles, I realized I had lots to be thankful for.

Returning home, I shared the experience with a dear friend, also in a slump. She denied having anything for which to be grateful.

“What about your good hair?” I asked. “Your sense of style? Your delicious brownies? Start small.”

She, too, perked up.

So I was primed to appreciate Walter Green. He devoted a year of his life to thanking people who’d meaningfully influenced him. His motivation came partly from regret over not having fully expressed gratitude to his mother. She’d survived the family’s financial ruin when her husband’s business failed, a radical mastectomy at 37, raised 2 sons and lived through the deaths of 2 husbands. She wrote annual reviews of 75 books she considered each year’s best, charged for them and donated the returns to the library. (I have a soft spot for bibliophiles.)

Walter and his wife, Lola, live in Cali and are friends of my sister. Walter was Chairman and CEO of Harrison Conferences Services, which became the leading conference center management company in the U.S. After 25 years, he sold his business and began mentoring others.

Reflecting on those who nurtured and advised him along the way, he came up with 44 names.  Walter writes, “I don’t think anyone is, in fact, self made.  Without parents, colleagues, family or friends, where would any of us be?” 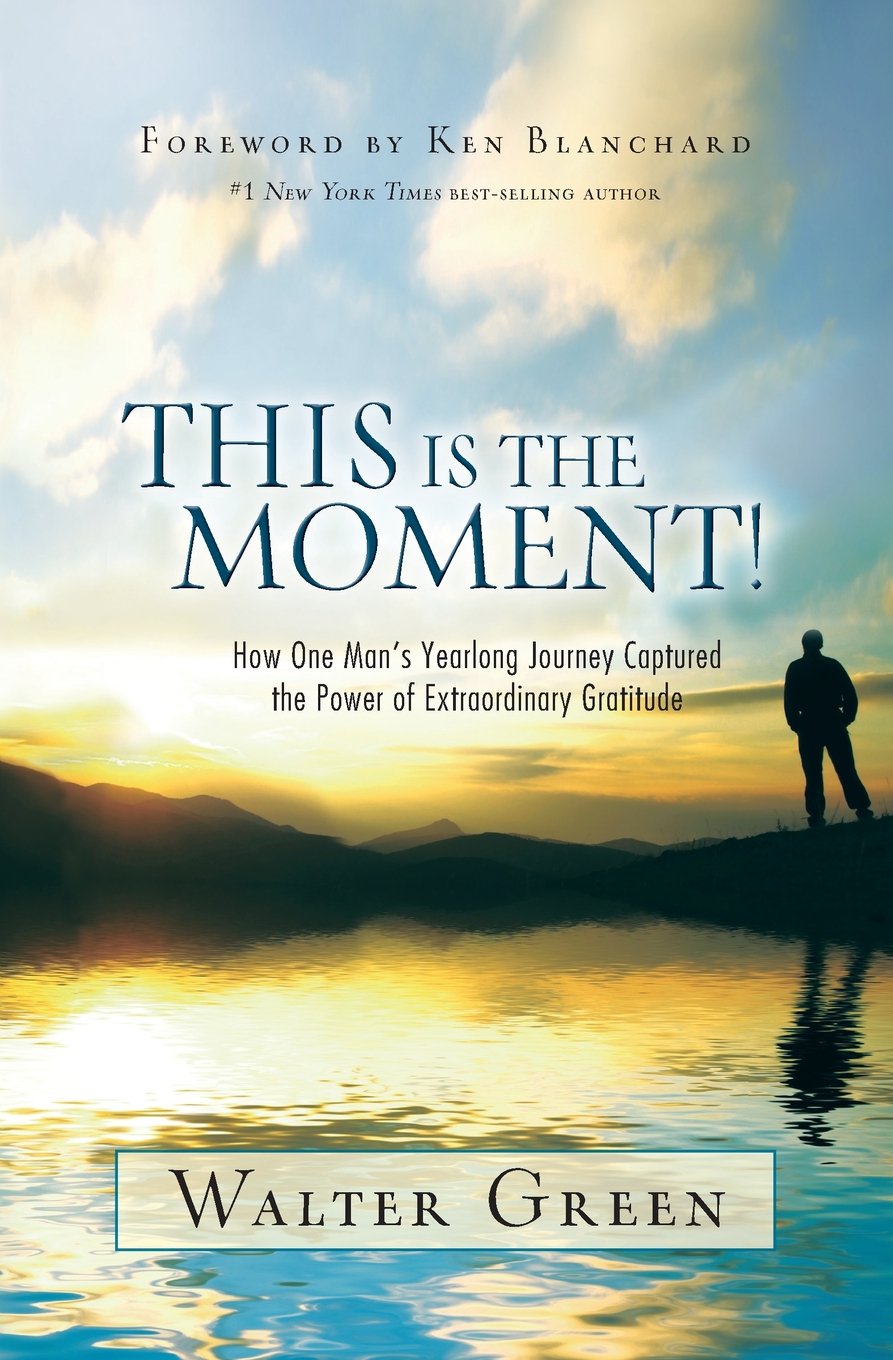 Walter’s list included family members, friends, teachers, colleagues and customers.  He arranged conversations with each, told them what they meant to him and recorded their conversations. He took a photo with each and sent them a copy, plus a cassette of their discussion and a plaque.  He wrote a book about the experience, This Is the Moment!

I was especially drawn to Walter’s passage on Fred Jervis, 87, founder of the Center for Constructive Change. Fred was blinded, at 19, in WWII. Walter asked him about the impact of his blindness. Fred said he thought it gave him an edge. Since Fred was unable to make visual observations, Walter writes, “he’d developed a remarkable ability to ask questions that helped his clients clarify their purpose and achieve their hoped-for results.”

During what Walter calls his gratitude journey, he learned about columnist Art Buchwald.  In hospice with a terminal kidney disease, Buchwald had time to write another book. He asked some friends to write eulogies about him to include in his book. Among them: broadcast journalists Tom Brokaw and Mike Wallace and former Washington Post editor Ben Bradlee.  Walter writes of those eulogies, “I’m sure those who wrote them received equal satisfaction and closure from the fact that Art got to hear them.”

Walter provides a road map for readers to launch their own gratitude journeys.  With an in-person encounter, he suggests picking a place that’s quiet; meeting at a specific time in a  setting such as where you first met or someplace he or she would appreciate. He expressed gratitude to wife Lola at a safari camp in Kenya. Among the things he said, “Your spontaneity and love of life have been an incredibly vital counterpoint to my structured and disciplined approach to almost everything.”

Walter advises prolonging the moment with a pursuit you both enjoy. If your expression takes place in a phone call, he recommends making an appointment to talk—to emphasize the significance of the moment and make sure the other person has enough time.

Walter suggests coming up with a special remembrance. He mentions Oprah Winfrey’s commissioning of a quilt for Maya Angelou’s birthday. I’d guess it was a Story Quilt. And that she presented it on the cruise mentioned in my recent column at which Rennie Kaufmann was a featured singer.

In The Invention of Wings, an Oprah Book Club pick set in the 1800s, Handful, a slave, is a talented seamstress.  She sews a Story Quilt depicting images from her life.  Creating and treasuring quilts was a significant part of African American history, especially among slaves who were forbidden to read or write.

Today, contemporary African American artist Sanford Biggers paints on quilts.  In 2014, his stunning reworked quilts were exhibited at Sarasota’s Ringling Museum.  I was knocked out to learn they’d been donated by descendants of slave owners.

Mark Twain said, “To get the full value of joy you must have someone to divide it with.”  Thanks, dear reader, for being my someone.  And thanks, Walter, for sharing a great idea. 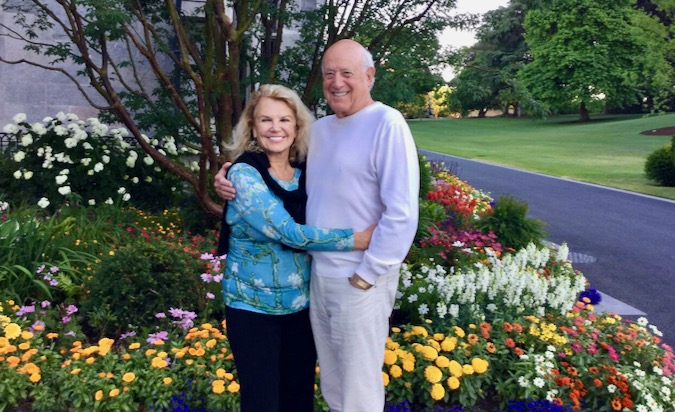