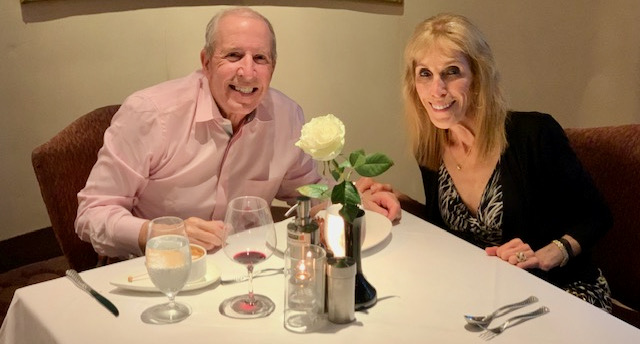 We all know, are or have been someone who’s been hit by cancer.  Sarasota financial columnist Doc Werlin has faced more than his share.  Doc’s wife, brother and brother’s wife all died of the disease; Doc has faced two bouts with different cancers.  He decided to do something about it.

Before Covid, Doc organized two events, Coming Together Against Cancer (CTAC).  He brought leading cancer physicians to Sarasota to speak.  He invited the public to attend and to donate whatever they could to the cancer organization they preferred.  Doc also supports Team Tony, a Sarasota facility that matches cancer patients with survivors of the same or similar disease.  Team Tony was begun by Doc’s friend Tony McEachern, who has survived five surgeries for brain cancer, and Tony’s friend Lori Keyser.

Doc was born in Houston to Joseph Werlin, a founding professor of the U. of Houston, and Rosella Werlin, a well-known journalist. In the 1920s, Rosella interviewed Al Capone for the Chicago Sun Times.  “He wasn’t the friendliest person,” she later recalled.  She interviewed Goldie Myerson, a schoolteacher who’d just returned from eight years on a kibbutz in Palestine and became Golda Meir, the 4th prime minister of Israel.  Rosella’s chutzpah was written up in a column by motivational speaker Dale Carnegie.

Doc’s real name is Ernest, after WWII broadcaster Ernie Pyle, one of the first to speak up for the common foot soldier.  Doc earned an MA and an MBA from the U. of Michigan, attended Oxford on a Rotary scholarship, was a partner at Morgan Stanley.

Doc met his late wife, Dr. Eloise Werlin, at the U. of M.  She became a clinical and developmental psychologist.  She died in 2011 of breast cancer.  In 2014, Doc endowed a park overlooking the bay in Sarasota in Eloise’s name.  The site was the location for CTAC public lectures.

Having been a widower for several years, Doc decided to try Match.com.  Coincidentally, so did author, speaker and business coach Andrea Nierenberg, a dynamo like Doc’s mother.  Andrea had a long career in consulting.  She worked for Avon, Saks Fifth Avenue and Amway, among others, in advertising and media, teaching relationship skills “that impact the bottom line,” she says.  A promotional magazine publisher, she was a Dale Carnegie instructor at night.

31 years ago, a car accident and resulting collapsed lung changed Andrea’s focus.  She began walking five miles a day and became a vegan.  She took up ballroom dancing.  She became more trusting of her intuition.  Moving to Sarasota in 2014, she continues some corporate consulting and Amway distribution.  She also became an intuitive reader/psychic for the New Age book and gift shop Elysian Fields.

Like Rosella, Andrea excels at creating opportunities.  She was developing a skit for Sarasota’s Lifelong Learning Center.  To include a bit about internet dating, she decided to try it.  She went on Match.com, saying to a friend, “The worst that can happen is I’ll meet a creep.  It’ll be good material.”

She got lucky.  On her second Match.com date, a year ago at the start of Covid, Andrea met Doc.  They’ve been a couple ever since.

Andrea’s a big believer in hand-written personal notes.  She contends the practice has resulted in jobs and positions she might not otherwise have gotten.  She’s kept a log of the hand-written notes she’s sent out over the years.  At last count: over 22,000.  After our lunch at the Sarasota Yacht Club she proved her point, sending me two hand-written notes.  I was impressed not only with the speed of her response but also seeing her note cards have her email and website printed on the back.

I can personally attest to the power of the hand-written note.  As a teen in the 1960s, I applied for a job as an elite salesperson on the Detroit Saks Fifth Avenue College Board.  Saks then had a beautiful branch store on the first two levels of the Albert Kahn Building (formerly New Center Building) caddie-corner from the Fisher Building.   This was in the days when girls’ college wardrobes included blouses and skirts and intact sweaters, well before torn jeans and t-shirts became de rigueur.  Although I didn’t get the job, I sent a thank you note to the person who interviewed me.  The girl who got the job turned out to be unable to take it.  My note had impressed my interviewer, and she called.  I enjoyed a fun summer with my photo and school affiliation (U of M) featured on a poster displayed in the Junior department and a similar position in Saks flagship New York store the summer after.

Thanks, Doc and Andrea, for all you both do to make the world a better place.  Thanks, Andrea, for the notes.  I’m sure you’re right about your cursive commitment.  But I confess: these days it’s email for me. 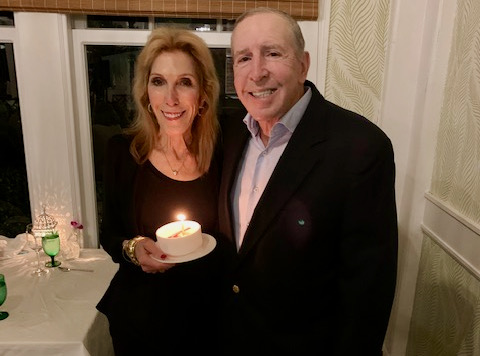