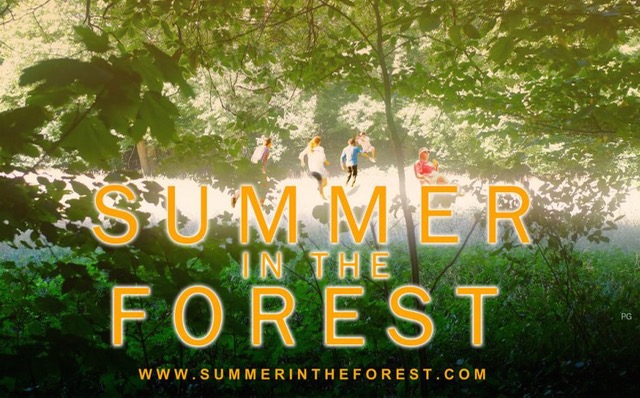 The story of Jean Vanier & his L'Arche community where we meet several disabled residents.

I give you a new commandment, that you love one another.

Just as I have loved you, you also should love one another.

As Randall Wright’s leisurely paced documentary unfolds we hear the words, “The big human problem is just to accept all people as they are.” This might sound like something Fred Rogers would say, but it is actually the Canadian philosopher/humanitarian Jean Vanier speaking. Fifty-four years ago, when in a psychiatric hospital in France he saw how terribly developmentally handicapped people were being treated, he decided to do something—he invited two such men to come and live with him in a house in Trosly-Breuil, a village at the edge of a beautiful forest. There he could offer them the love and acceptance he thought they deserved. From this small beginning grew what became a series of 147 L’Arche Communities located in 35 countries.

The Forest in the title refers to the forest north of Paris where Vanier established the first L’Arche community and which the octogenarian still calls home. We see him interacting in loving ways with the residents, setting the example for the young staff who also treat those in their care with patience and love. Wheel chair-confined Sebastian is so disabled that he can do almost nothing for himself. Right after a medical exam Vanier tells him, “Dearest Sebastian, you are beautiful, very, very beautiful.” Sebastian’s face beams.

We spend time with several others who more mobile, so that they can either walk or ride to visit others. Michel, haunted by memories of World War II and beaten at the institution where he once lived, observes, “Jean Vanier is a man who loves us very much. He loves me very much. He taught me about calm.” Andre wants a date; David, imagining himself a superhero, thwarts a pretend attack on his friends; and Patrick, practices to be an artist. Once labeled “idiots” and “retards,” Vanier observes that they can also give, “These are people at the bottom of the ladder of social status. They have taught me about what it means to be a human person – to learn to love and let the barriers down.”

We also visit the L’Arche community in Bethlehem where the group is singing a song as Vanier walks in. Instantly they are applauding and gathering around him for “Welcomes” and hugs. Though living in France, he obviously has paid many such visits to these people. The final sequence consists of the engagement party for two residents, Celestine and Fred, for whom it appears that Vanier has played Cupid. Standing between them as he holds their hands, he pays loving tribute to each of them, telling them they will be committed to each other for life when they marry.

This is a good film to watch between all those fast-paced action films playing on screens next to it. John Harle’s quiet music is as beautiful as the forest around the community. At a time when our news media are full of stories of political folly and corruption, this film can help keep alive faith in humanity and a hopeful future.

This review with a set of discussion questions will be in the April issue of Visual Parables.

The story of Jean Vanier & his L'Arche community where we meet several disabled residents.