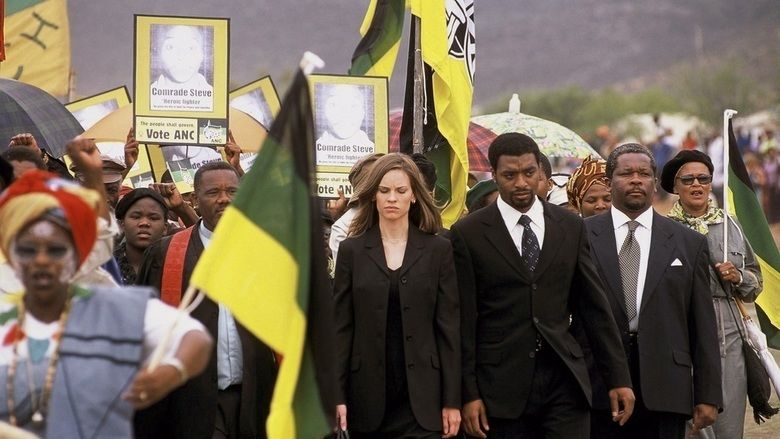 No one who conceals transgressions will prosper,

but one who confesses and forsakes them will obtain mercy.

This riveting courtroom drama, with its flashbacks to South Africa’s apartheid past, provides us with a good perspective on one of the most unique social experiments of the 20th Century. During the dark days, when the Afrikaner-dominated Nationalist Party came to power in 1948, the oppression of blacks by whites became so brutal and bloody that many resisters, including Nelson Mandela, gave up non-violence and turned to bombings and shootings to force change. The white resistance to those struggling for racial equality became so brutal that virtually everyone came to believe that when apartheid was conquered there would be bloody reprisals by the victorious blacks. One of the scenes from Alan Paton’s lyrical novel Cry the Beloved Country that impressed me years ago is that in which a black clergyman observes that he fears that when whites finally turn to love, “we will have turned to hate.” That this did not happen is credited to Nelson Mandela*, Archbishop Tutu, and others whose Christian faith taught the futility of vengeance and the necessity for reconciliation.

Those heady years of the 1990s produced what was often called “The Miracle of South Africa” and the implementation by Mandela and his African Nationalist Party’s program of the Truth and Reconciliation Commission (TRC), headed by Archbishop Tutu. The new President knew that it was impossible to punish all the underlings of the officials, but that the victims deserved some measure of justice, hence the TRC hearings at which abusers met the victims (if they had survived) or their families. The officials at a TRC hearing could grant amnesty to those who had committed abuses during the apartheid era, providing that the abuser’s crime was politically motivated, full disclosure of the abuse was confessed, and the person was truly repentant.

The film’s fictional story chronicles such a hearing in a small town when former police officer Dirk Hendricks (Jamie Bartlett) seeks amnesty for the beatings of Alex Mpondo (Chiwetel Ejiofor) and Steve Sizela (Loyiso Gxwala) in 1986, both allegedly brutally beaten and tortured, with the fate of Sizela still unknown.

Years earlier Sarah Barcant (Hilary Swank) had fled the town because as a 16-year-old she had run afoul of the authorities due to her friendly relationship with blacks. Now a New York-based attorney, she has returned to represent Alex, a successful politician representing the area in Parliament. The parents of Sizela also have retained her to question Hendricks concerning what happened to their missing son.

Alex is forced to go through the trauma of his arrest and beating once more. Unable to remember the details of his ordeal, he worries that he might have betrayed his friend and their resistance comrades. Hendricks, pretending contrition before the Commission, uses a break in the trial to threaten Alex and thus destroy his burgeoning political career. Much depends upon finding the body of his deceased friend, so there is a great deal of suspense. One other former official also is involved Piet Müller (Ian Roberts), under who, Hendricks worked.

Director Tom Hooper is a gifted English director who helmed seven episodes of the ministries John Adams, and then The King’s Speech; Les Misérables; and The Danish Girl. Working from Troy Kennedy-Martin’s script (based on Gillian Slovo’s novel), he brings to life a complex situation faced by thousands of South Africans during the time of the TRC hearings. His cast is excellent, especially Jamie Bartlett who manages to humanize the loathsome torturer Dirk Hendricks. We see how some oppressors tried to take advantage of the procedure.  It is no surprise that both Hilary Swank and Chiwetel Ejiofor capture well the confusion and pain of two people, though from differing perspectives, the pain of a past filled with brutal suppression.  This story is fictional, but reflective of the truth—according to Wikipedia, only about 10% of those seeking amnesty received it. Those interested in social justice issues will find this well worth the effort to track it down.

* For the excellent film that shows to what lengths President Mandela went to bring reconciliation see Invictus.

A woman lawyer returns from exile to South Africa to represent a black member of Parliament at a TRC hearing where a torturer is seeking amnesty, thus dredging up painful memories.
Editor Rating ★★★★★4.5 out of 5
More Details