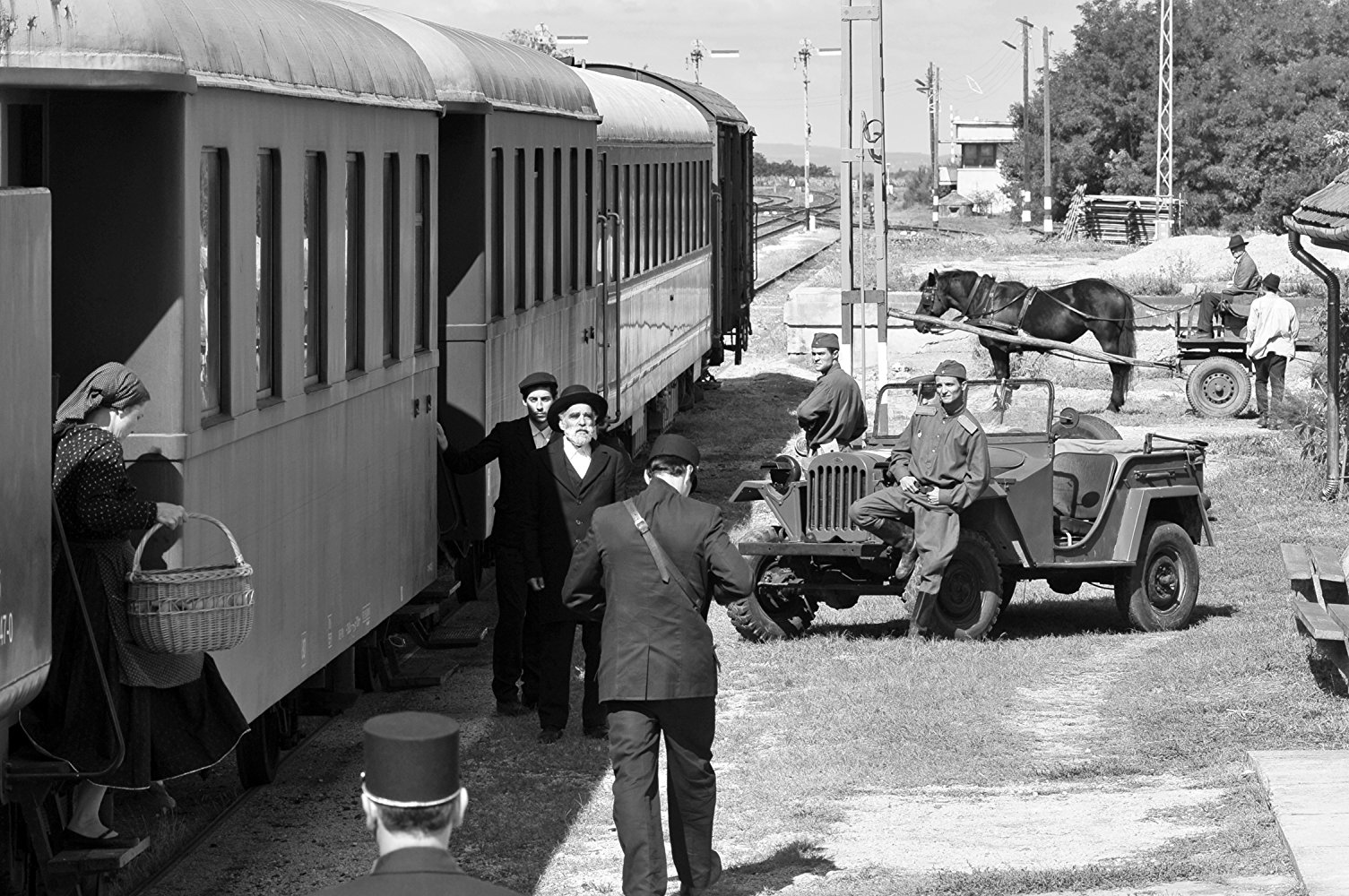 The human mind may devise many plans,
but it is the purpose of the Lord that will be established.

The wicked flee when no one pursues,
but the righteous are as bold as a lion.

Hungarian director Ferenc Török’s film is a suspenseful visual parable of sin, guilt and their consequences. It is set in a small Hungarian village occupied by the Soviets shortly after the defeat of the Nazis in 1945 but before the Japanese Emperor capitulates following the dropping of the Atom Bomb on Nagasaki—this we learn from snatches of a newscast we hear over various radios in the village. The film begins at a train station that is about an hour’s walk from the village where the story will unfold. Some have noted that the arrival of two black-clothed strangers reminds them of the taut story of High Noon, but as the filmy unreeled, I kept thinking of the above intriguing verse from the book of Proverbs.

Shooting in black and white underlines the starkness of the story, the script co-written by the director and Gábor T. Szántó. Like Fred Zinnemann’s Western a train depot is important. Two black clad men leave the train and supervise the transfer of two large wooden boxes to a one-horse wagon driven by a local. One is a bearded old man and the other presumably his son. They barely speak to anyone, including the three Russians watching from their jeep, even when one soldier tries to take the young man’s cap. The driver tells them to jump onto the wagon, but the men say they will walk.

The Station Master, recognizing that the strangers are Jews watches intently the unloading of the boxes onto the wagon. Donning his hat, he rides off to the village on his bike to the village, where he says ominously, “The Jews are back.” He especially seeks out the Town Clerk István Szentes (Péter Rudolf), owner of the prosperous pharmacy. This soon casts a pall over the preparations for the wedding of his son Árpád (Bence Tasnádi) to the daughter of a peasant family Kisrózsi (Dóra Sztarenki). However, she is really in love with former soldier Jansci (Tamás Szabó Kimmel), who bitterly says he will not attend the wedding. She is cynically marrying the weak Árpád for the status and wealth that comes with him but is still drawn to the more virile Jansci. István’s alcoholic wife Anna (Ezter Nagy-Kálózy) shows no enthusiasm for the wedding, having to be coaxed out of bed that morning. Though we are not told specifically the source of her disdain for her husband, we suspect that it is due to István’s method of obtaining the pharmacy from its Jewish owners during the war.

As the small party makes its way toward the village, the townsfolk are abuzz with speculation, both as to why they have come back and what is in the two large boxes. Some claim the chests contain perfumes and cosmetics, which supposes they might try to regain for the heirs the pharmacy once owned by a prominent Jewish family.

Everyone watches as the two Jews enter and make their way through the village. No one talks to them, nor do they attempt any contact, the pair looking like a small funeral procession walking behind the cart. Town drunkard Bandi (József Szarvas) is remorseful, telling his wife (Ági Szirtes) that they will have to give back what they took from the Jews when they were arrested during the war. His wife declares that she will not. His remorse is intense for a special reason we learn when he talks with István, and when the latter brushes him off, tragedy ensues before long. Even the village priest is involved in the web of wartime betrayal and guilt—virtually everyone but one or two families who out of sympathy still have some treasures of their deported neighbors hidden away.

The Jewish father and son pass by the ruins of the old synagogue and come to a halt at the cemetery. A gaggle of people that have followed them watch at a distance. What transpires in the cemetery, where we learn what the boxes contained is a surprise, for us and the villagers, nothing that day turning out as planned. The film is a good example of the wisdom of Proverbs, the guilt of the villagers over their mistreatment of their Jewish neighbors leading to their fears. None of their plans end well—no wedding, a family broken up; a greedy young woman’s dream of becoming wealthy dashed; and a guilty man paying a terrible price for his betrayal. God’s justice is dispensed in a rough, roundabout way.

The two Jews return to the train station in time to catch the evening train. As the steam-powered engine pulls away from the town, it belches black smoke into the sky. The camera lingers on the dark smoke long enough to remind us of the tragic fate of most of the villagers’ former neighbors a few short months ago.

When two Orthodox Jews, at the end of WW 2, get off a train at a small Hungarian village & load 2 mysterious boxes in a wagon, the villagers are alarmed and filled with fear and guilt.
Editor Rating ★★★★★5 out of 5
More Details