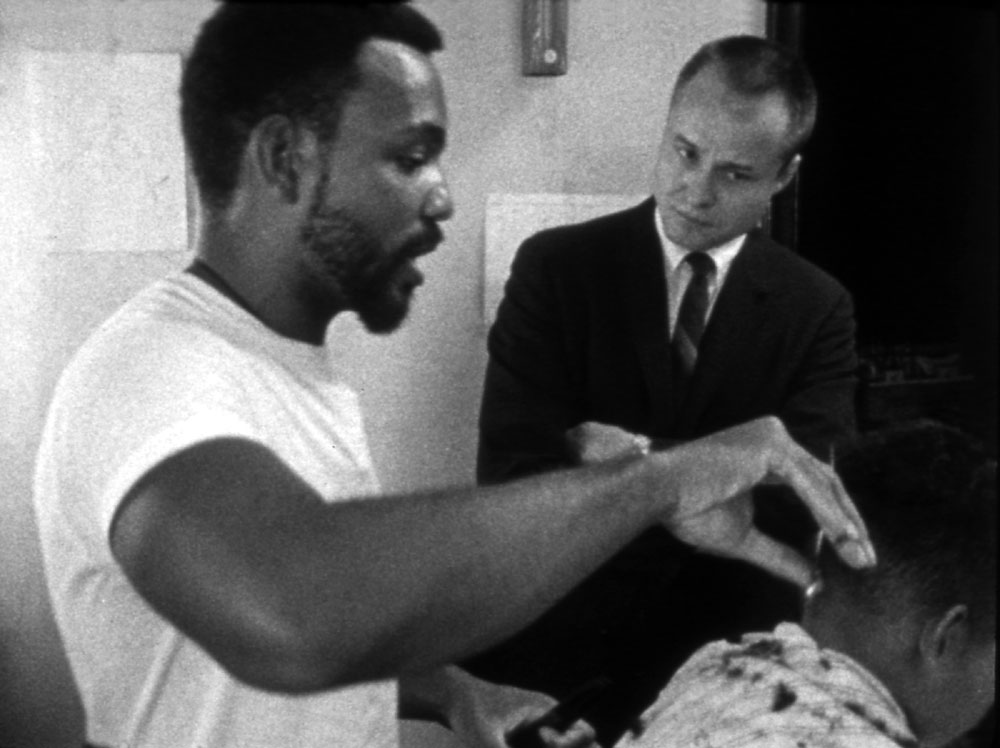 For the Lord loves justice; he will not forsake his faithful ones…


But the judgment of God is upon the church as never before. If today's church does not recapture the sacrificial spirit of the early church, it will lose its authenticity, forfeit the loyalty of millions, and be dismissed as an irrelevant social club with no meaning for the twentieth century. Every day I meet young people whose disappointment with the church has turned into outright disgust.”

This documentary, shot in 1965, largely at the Augustana Lutheran Church in Omaha, Nebraska, is of historic interest to those concerned about the church and racism. Commissioned by a national office of the Lutheran Church in America and directed by Barbara Connell and Bill Jersey, the film focuses upon Reverend William Youngdahl, Augustana’s pastor. It is a good example of the feebleness of the White church in dealing intelligently and forcibly with racism in America. It certainly bears out the charges against the church as a whole made by James Baldwin, and of Southern White moderates made by Dr. King, that the church is complicit in racism.

William Youngdahl, the minister of 1200-member of Augustana Lutheran Church, in Omaha, Nebraska wants to help his all-White congregation become concerned for the nation’s racial “problem.” His is a modest proposal—first, to invite members of Hope Lutheran Church’s Black youth group to worship at Augustana, and then have ten Augustana couples visit with ten “Negro” families to talk about their concerns. The filmmakers’ cameras show us Augustana parishioners discussing the idea; the social ministry committee meeting with Hope leaders; and Hope youth talking about race and religion. Also we meet Ernie Chambers, a very skeptical Black barber, predicting  failure because he believes Whites cannot escape their racism. Unfortunately, he is right. Reports of some White members worrying about mixing with the Blacks (who might want to join their church) weaken the commitment of Augustana’s leaders, only some of whom had originally liked the project. They do not want to admit to any racial bias.

In the sequence in which Hope’s Black youth react to the project, their comments, unlike those of the Whites, are very straightforward, the youth stating that racism and Christianity are incompatible. One youth declared,  “A church isn’t a showplace for saints, it’s a hospital for sinners.”

Just how blunt, and hostile, barber Ernie Chambers is we see in the segment in which Youngdahl visits him in his barbershop while the man is cutting a child’s hair. What an ear-full the angry Chambers gives the pastor as he recites the long history of the sins of Whites against the oppressed Blacks. Saying that he doesn’t believe in talking and reconciling, he blames preachers for much of the church’s racism, telling the pastor that he benefits from the racist system. We can see on the minister’s face the inner pain this must be inflicting. When the White tries to speak about his effort to bring the two races together, the militant predicts that the pastor will lose his position.

Sadly, the angry barber proves to be the angry prophet when the turmoil over Pastor Youngdahl’s modest campaign for racial understanding leads to hostility, eventually forcing him to resign from Augustana. Viewers are not left entirely in despair, however, as we see in the case of Ray Christensen, who belonged to Augustana’s social ministry committee. He had questioned the project at first, but was open enough to accompany his pastor and listen to Blacks. He takes to heart Ernie Chamber’s indictment of the church and becomes an ardent champion of social justice.

From other sources 🙁https://www.startribune.com/obituaries/detail/13565977/) we learn that Pastor Youngdahl went on to have more success with other churches, becoming such an ardent champion of racial justice that he became a member of the much more liberal United Church of Christ. Ernie Chambers went on to become a lawyer and member of the Nebraska legislature, representing his Omaha district for several decades—and he must be as blunt as he was during his barbering days, because recently the Republicans have called for his expulsion following his strong attack on a woman Senator for her racist campaign.

That this was a well-made documentary is attested by the fact that in 1966, it was nominated for an Academy Award for Best Documentary Feature and in 2005 the film was chosen for preservation in the US Film Registry by the Library of Congress.

On TouTube at https://www.youtube.com/watch?v=ujw_KJzTF8k. For more information see article about the film and its makers in the July 15, 2020 issue of the New Yorker. Also, on YouTube is a short documentary about Ernie Chambers.

A documentary depicting a Lutheran White pastor's attempt in Omaha in 1965 to involve his people in a dialogue with a Black congregation, a project that fails, as skeptical black barber had predicted.
Editor Rating ★★★★★5 out of 5
More Details