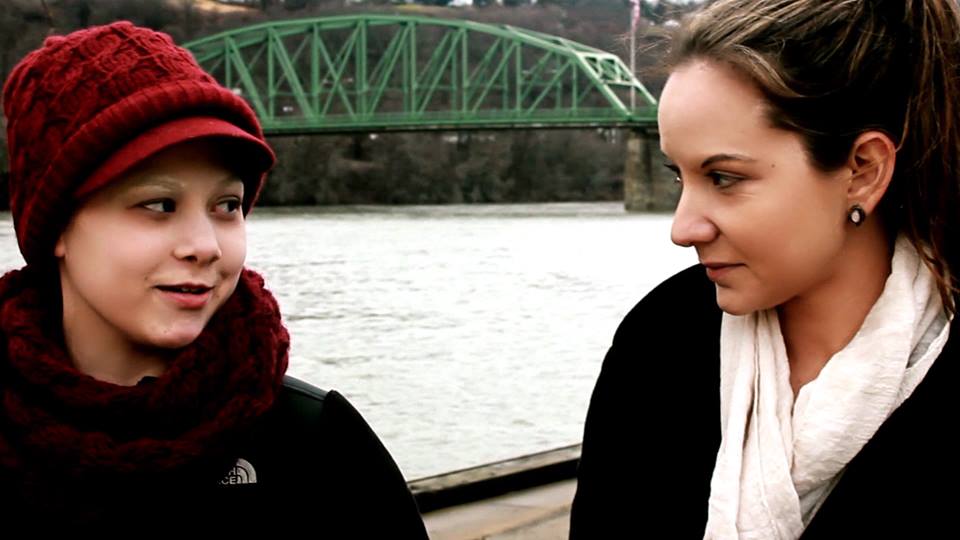 May he grant you your heart’s desire,
and fulfill all your plans.

Let the little children come to me; do not stop them;

for it is to such as these that the kingdom of God belongs.

I have mixed feelings about this family film, almost to the point of not reviewing it—more on that later. However, in the case of one of its less than admirable characters it deals well with one of my favorite T.S. Eliot quotations, “The Last Temptation is the greatest treason/To do the right thing for the wrong reason.”

9-year old Roxie Madison (Alexa Mechling) is rushed to the hospital when she suddenly falls down on her school’s playground. The doctors discover she has a brain tumor. It is inoperable. She is put in touch with the Wish Kingdom Foundation. Her wish is highly unusual. She wants to meet the legendary Bigfoot!

This assignment is given to summer intern Sophie (Naysa Altmeyer), a grad student who hopes eventually to work for such a child-helping agency. The student quickly bonds with the little girl, seeing in her a kindred spirit. Sophie agonizes over the seeming impossibility of the task. Roxie is old enough to understand her medical situation, but young enough to believe still in magic and the claims of the many people who have reported that they have seen the big fellow.

A possible solution is offered by a fellow student whom she deems obnoxious. Derrick (Conor McClain), whose passes at her she had repulsed, is the spoiled son of a wealthy politician. Derrick definitely is afflicted with father-son issues. He desperately wants to become famous, and thus deemed worthy by his father, so he offers Sophie his help. He thinks he will share the spotlight when the press reports that the little girl has sighted Bigfoot in the area of Pennsylvania associated with the creature. His plan is to rent an expensive costume and hire a huge Russian wrestler to impersonate Bigfoot.

Sophie at first rejects his proposed deception, but as the weeks pass and Roxie’s condition worsens, she reluctantly comes around to believe that this is better than doing nothing. Roxie and her mother   Dorie (Monica Sertik) travel in a van with Sophie and Derrick to the mountainous park in Pennsylvania where there have been several sightings of the elusive creature. The wrestler and a driver are nearby waiting for the rendezvous planned for that night. Sophie and Roxie set forth into the forest, but become separated, Roxie eagerly wandering on in the hope of spying Bigfoot while the anxious Sophie keeps calling out the girl’s name. Matters that night and the next morning turn out very differently from what Sophie and Derrick have planned, but just as Roxie had hoped. The film makers seem to be teaching that if one believes something strongly enough, it will become true. Ala Tinkerbell after she swallows poison in Peter Pan? Hmmm, fantasy taking over from reality.

The warm relationship between Roxie and Sophie is well portrayed by the two actresses, saving the film from being a total failure. Although the part of Derrick was not well written, his situation was intriguing enough that it reminded me, as stated earlier, of the similar situation of the Archbishop Thomas Becket in T.S. Eliot’s drama. The Archbishop is tempted to become a martyr in his conflict with the king, but realizes that if he is not careful, it would be for the wrong reason—pride, rather than a sense of justice. Derrick’s plan to help Roxie achieve her dream has a good purpose, but also the wrong motive—fame, rather than just helping a sick little girl. A better script might have gone a little further into the lad’s possible abuse by his father and his desire to find meaning and purpose for his damaged life, thus making him more than this film’s cardboard villain.

Another flaw that almost made me walk away from the film is the lack of realism of the sequence in the forest that night—not what the little girl saw, but the total absence of the mother in the sequence. I kept wondering where was Dora when her little girl did not return when darkness fell? I know my wife would have been screaming her head off for the sheriff or state police to call forth a posse of searchers to scour the forest to find the lost girl. But when Roxie and Sophie return from their forest wanderings, there is no squad of lawmen or searchers around. The magical ending just does not make up for this lack of realism in my estimation. So, though in some ways I enjoyed this film, its flaws, which cannot be blamed on its low budget, I cannot recommend it whole-heartedly. Parents with small children might find it suitable family fare, but the adults will not be as able to enter it as fully as younger viewers.  Being a low-budget Indy film, it is slowly being released across the country, and also is available on DVD at its website https://www.awishforgiants.com/.

Should a wish foundation volunteer, struggling over how to grant the wish of a dying girl that she meet Bigfoot, resort to deception to please the little girl?
Editor Rating ★★★★★3 out of 5
More Details