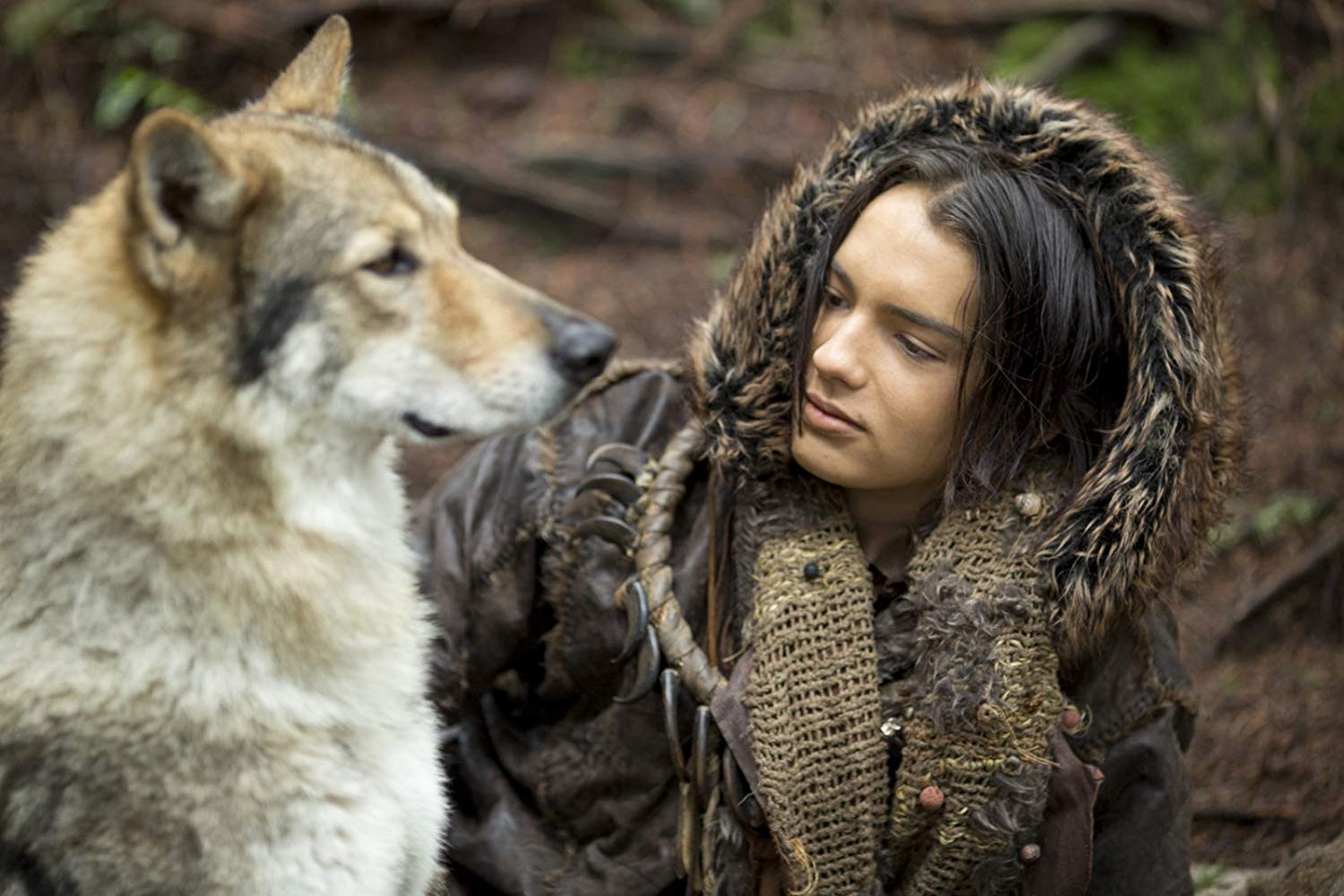 Two are better than one, because they have a good reward for their toil. For if they fall, one will lift up the other; but woe to one who is alone and falls and does not have another to help.  Again, if two lie together, they keep warm; but how can one keep warm alone? 12 And though one might prevail against another, two will withstand one. A threefold cord is not quickly broken.

If you like “a boy and his dog” movies, you’ll love director, Albert Hughes Alpha, set some 20,000 years ago in Europe. During a hunt Keda (Kodi Smit-McPhee), the timid son of a chief falls over a cliff and is left for dead on a ledge that no one can reach. When he awakens, the injured boy manages to climb down and encounters a wolf, also injured, and during their recovery the two bond.

The latter takes considerable time, neither at first trusting the other, but during a series of dangerous events that include attacks by hyenas and the boy falling through ice and becoming trapped beneath, each comes to the aid of the other, even as they do during th difficult search for something to eat.

In the first half of the film the boy had disappointed his father Tau (Jóhannes Haukur Jóhannesson), who hopes the boy will succeed him as chief of the tribe—an impossible dream as long as the boy is squeamish about finishing off a wounded animal during a hunt. Thus the film is very much a coming of age tale.

The beautifully photographed landscapes and shots of prehistoric mastadons and such are awesome. Hughes is half of the brother Hughes (with Allen), who brought us the excellent Book of Eli and Menace II Society, the latter one of my favorite films from the 90s that dealt with racism and young black men. The way that he stages the tribe’s hunt of a herd of bison shows he has not lost his touch for dealing with action, with the hunters driving the bison over a cliff so that they can cut up the carcasses. This is when Keda becomes caught up in the horns of one of the beasts and plummets half-way down the precipice.

This is a good family film, one that suggests how we might have come by “man’s best friend.”

A timid prehistoric boy becomes a man when he is injured, separated from his tribe and nurses an injured wolf, becoming the trusted companion of the first "man's best friend."
More Details