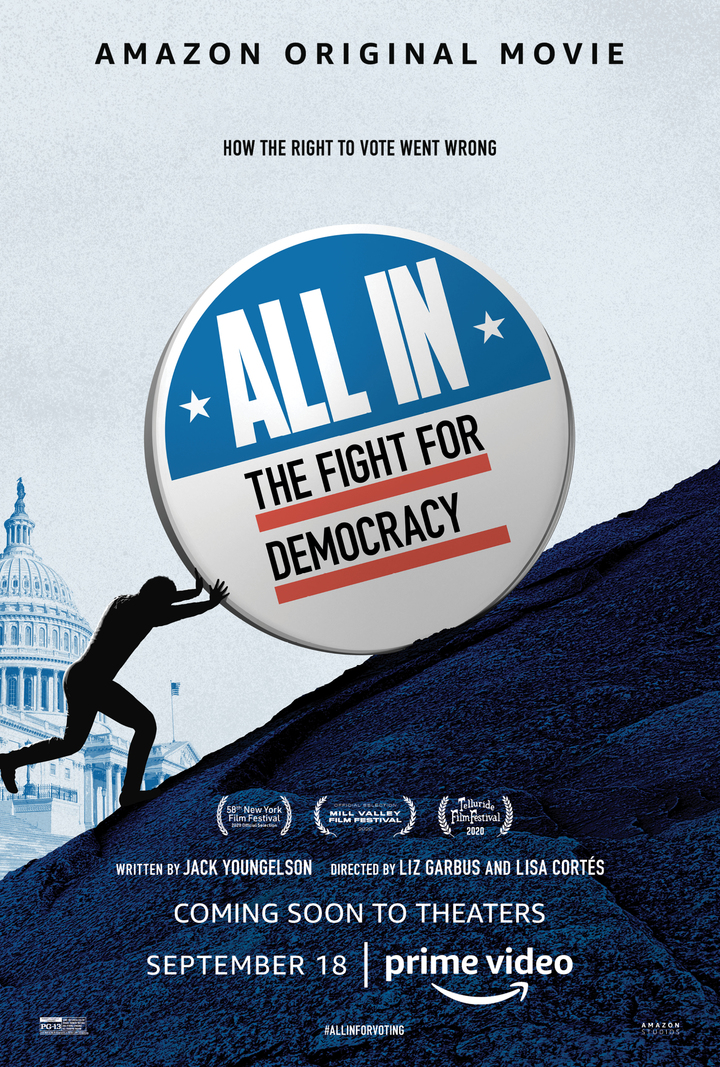 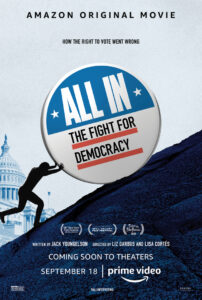 I just received word that the film reviewed elsewhere on this site ALL IN: The Fight for Democracy will be available for free in two days–Sept. 22.  Below is part of the announcement sent to me. There’s not much time, so spread the word right away. Tonight I’ll work on the discussion questions that will accompany the review in the October VP, so anyone wanting these can reach me at [email protected]

AMAZON PRIME VIDEO TO STREAM “ALL IN: THE FIGHT FOR DEMOCRACY”
FOR FREE IN SUPPORT OF NATIONAL VOTER REGISTRATION DAY

The Amazon Original Movie will also be made available on Twitch, YouTube and Twitter the Same Day

Culver City, CA – September 21, 2020 – In support of National Voter Registration Day tomorrow (September 22), Prime Video will stream the Amazon Original movie All In: The Fight for Democracy featuring Stacey Abrams to audiences globally, without needing a Prime membership. The voting rights documentary will be in front of the Prime Video paywall for 24-hours, in effort to drive the urgency and importance of voter registration. The film will also be available on Twitch, YouTube and Twitter, making the film widely available and accessible to meet customers where they are across multiple platforms.

Also, on September 22, Twitter and Twitch will host watch parties where the film will be streaming on these platforms at no cost. The Twitter watch party will be hosted by Stacey Abrams and Lin-Manuel Miranda starting at 4:00pm PT at https://twitter.com/i/events/1305586144692727809, and the Twitch livestream will be hosted by social influencer Neeko on http://www.twitch.tv/neeko at 11:00am PT. All In: The Fight for Democracy will stream at no cost for 24-hours on Prime Video at https://www.amazon.com/dp/B08FRSNBLL, and at https://youtu.be/6h1-Ctbi8SM on YouTube.