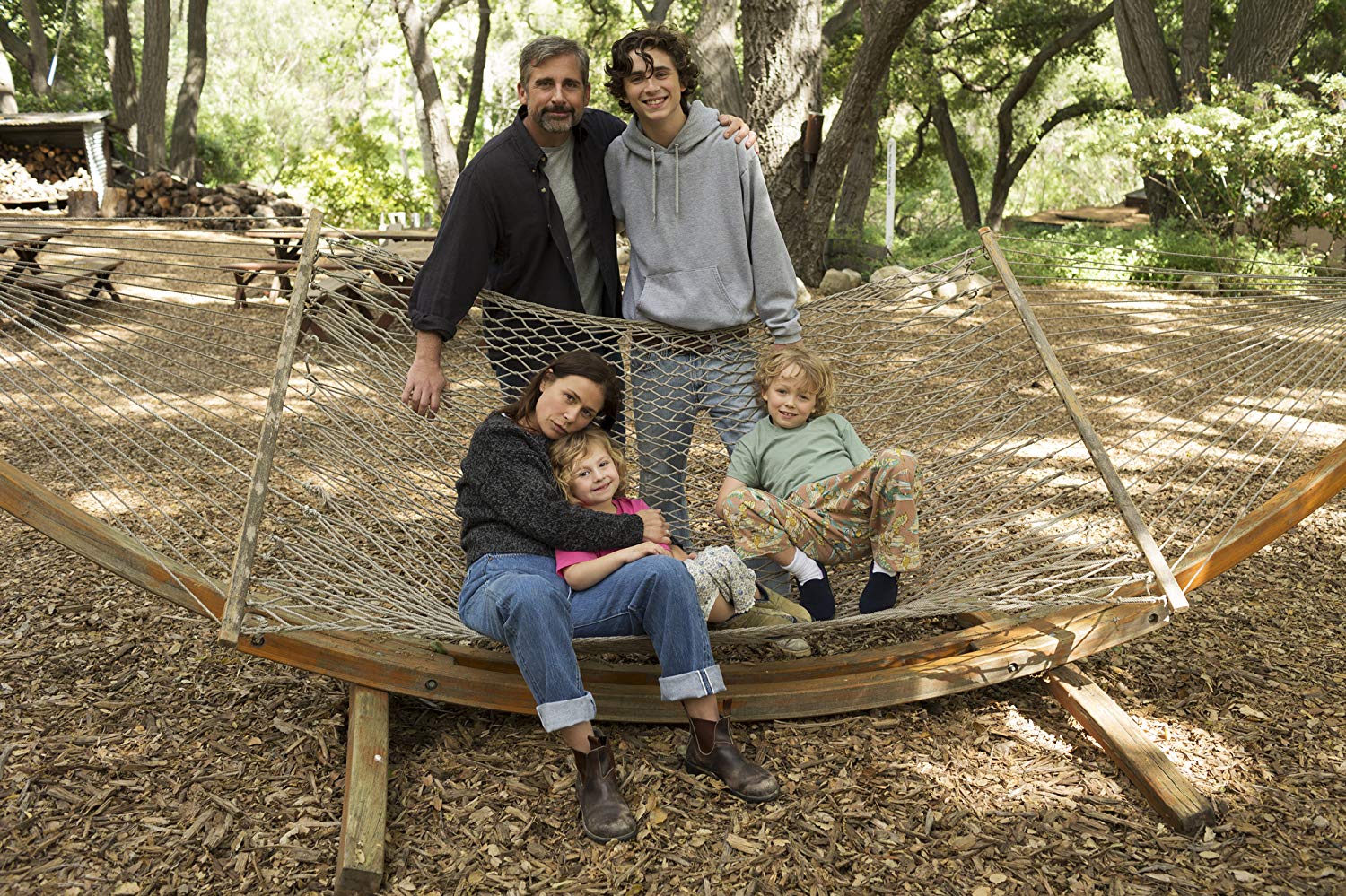 Listen, children, to a father’s instruction,
and be attentive, that you may gain[a] insight;
for I give you good precepts:
do not forsake my teaching.
When I was a son with my father,
tender, and my mother’s favorite,
he taught me, and said to me,
“Let your heart hold fast my words;
keep my commandments, and live.
Get wisdom; get insight: do not forget, nor turn away
from the words of my mouth.
Do not forsake her, and she will keep you;
love her, and she will guard you.


So he set off and went to his father. But while he was still far off, his father saw him and was filled with compassion; he ran and put his arms around him and kissed him.

Combine the traits assigned to the Biblical Job with those of “the Waiting Father” in Jesus’ parable, and you will have David Sheff  in Belgian director Felix Van Groeningen’s film. “Beautiful Boy.” His script, co-written with Luke Davies, is based on the best-selling memoirs by the San Francisco journalist David Sheff and his oldest son, Nic. Together, the two books relate the up and down relationship between the father and his drug-addicted son. This includes the insight that love, no matter how heart-felt, is not enough—not until the addict is able and willing to take responsibility for his or her health.

The story, told more from the father’s POV than the son’s, begins in a therapist’s office where David (Steve Carell) relates the story of his son Nic’s (Timothee Chalamet) addiction to multiple drugs. The film then goes back a year to the growing awareness of David and second wife (Maura Tierney) to Nic’s problem. The pair have two young children of their own, David having sired Nic when married to Vicki (Amy Ryan). There is a lot of back and forth bickering when Nic disappears at various times, David having to fly to New York City at one time in search of his son.

Several times we hear the father and son making the following exchange: David, “Do you know how much I love you? I love you more than everything.” Nic, “Everything?” David,” Everything… everything.” We learn that this began when Nic was a little boy. David means it, but after a long series of cures and relapses, during which David drops out of college, and eventually returns and graduates, the father, after one more relapse says to Karen, “My son is out there somewhere, and I don’t know what he’s doing! I don’t know how to help him!” She replies somberly, “You can’t!” David finally has to accept this bitter truth, at  last turning down the sick Nic’s  plea when he calls and asks to be able to come home.

Oh, I almost forgot, as you might expect from the title, we do hear John Lennon’s lullaby-like “Beautiful Boy.” The film fleshes out the meaning of the lines, “Life is what happens to you/While you’re busy making other plans.”

The film’s hopeful, but cautious, conclusion might seem too Hollywood were it not for the fact that the film is based not on a novel, but two memoirs. Although the addict must eventually “say NO” to survive, David and Nic Sheff’s story shows that before this can happen, the parents must make the excruciatingly decision to say No to the addicted child. Fortunately the prodigal son in Jesus’ parable was not any addict—had he been, there would have been no ring, no robe, and no fatted-calf feast. As a father myself whose children never forced me into David’s situation, I can scarcely imagine his pain.

During this era when drugs are taking so many American lives, and some ask “Why don’t they just stop?”, this is a very relevant film. Love is central to such stories, but it must be a love tough enough to let the loved one go.

A father must learn to say to his drug-addicted beautiful boy "No" before the son can be allowed to return home.
Editor Rating ★★★★★4.5 out of 5
More Details