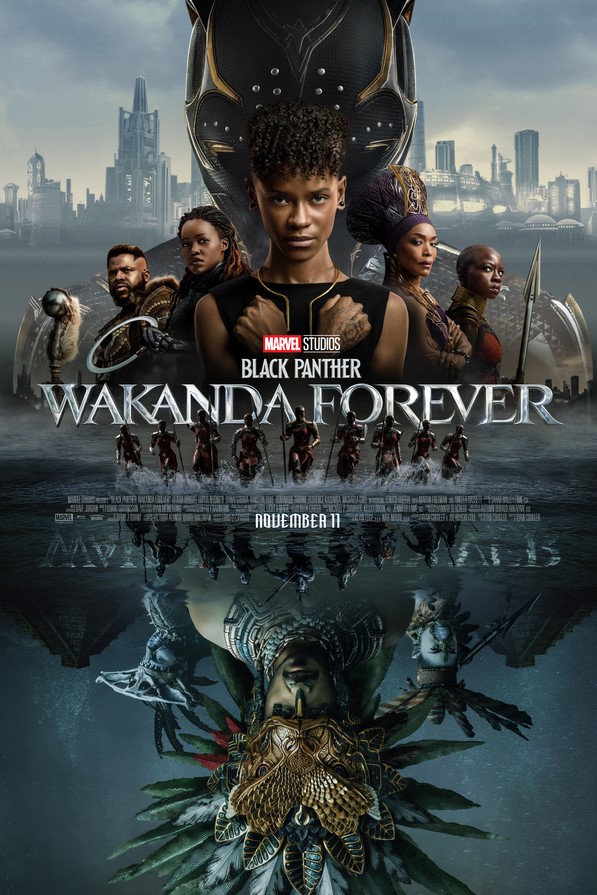 “Blessed are those who mourn, for they will be comforted…

“Blessed are the merciful, for they will receive mercy. 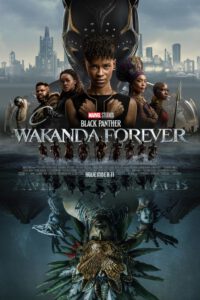 The Black Panther sequel is both impressive and, if you are not an avid fan of the super hero genre (like me) confusing at times. It’s nice escapist fare, but the thought that it has taken in a third of a billion dollars, while quality films like Armageddon Time barely break even, makes me sad. The film deals well with the theme of grief and mourning, with the Wakandans mourning the death of King T’Challa reflecting the reality of the death of beloved actor Chadwick Boseman. Only at the end of a series of tumultuous adventures is his Wakandan sister Shuri (Letitia Wright) ready to end her mourning and move on.

The new film introduces a new kingdom that has access to the precious vibranium that other nations have been trying to steal from Wakanda. In a flashback we see that in the late 16th century Mayans, while fighting a plague, discover a plant that turns them blue and, unable to breathe air, forces them to take to the ocean, where they create an undersea nation called Talokan. Its present ruler is K’UK’ulkan (Tenoch Huerta), a charismatic warrior, but so cruel that he was dubbed Namor, meaning “the boy without love.” When the US sends an undersea mission to explore and mine vibranium, he attacks and drives them off. He invades Wakanda in an attempt to force them to join him into an alliance against the rest of the nations of the world in a war over the control of the vital substance, but Queen Ramonda refuses.

The above is a very simplified summation of a very complicated plot—I was often confused as to that was happening and who was who—and this is only halfway into the film. Nonetheless, I enjoyed the proceedings, for a number of reasons. All the actors, such as Angela Bassett as Queen Ramonda and newcomer (for US viewers) Tenoch Huerta Mejía as Namor, are excellent—and it is good that it is that rare Hollywood blockbuster in which an ethnic caste dominates. The film’s box office success shows that a white cast is not necessary for audiences to respond in huge numbers. Not only this, but it is black women–Letitia Wright as Shuri; Angela Bassett as Ramonda; Danai Gurira as General Okoya; Lupita Amondi Nyong’o as Nakia; and Dominique Thorne as Riri, to name just some of the beautiful Black actresses—who play most of the major and supporting roles. Ludwig Göransson’s exciting musical score enhances the incredible choreographed fight scenes; and veteran costume designer Ruth E. Carter’s gorgeous costume might very well lead to a second Oscar. (She won for the original Black Panther, making her the first African American to be so honored.) And, of course, the incredible special effects are dazzling—as a reader of science fiction dating back to its pulp magazine days, I was very impressed by the futuristic towering cities and giant ship and machines created for the film. But most of all, I was impressed with the character development of the grieving Shuri and what she ultimately does when she has her fierce foe in her power.

I probably will never revisit the film, but am glad to have seen it, especially in a theater. It is truly film making on a grand scale. Still, I prefer The Woman King, which is far more based on reality.

As Wakanda mourns the death of King T'Challa his sister & mother must face the threat of an undersea nation also concerned about vibranium.
Editor Rating ★★★★★4 out of 5
More Details