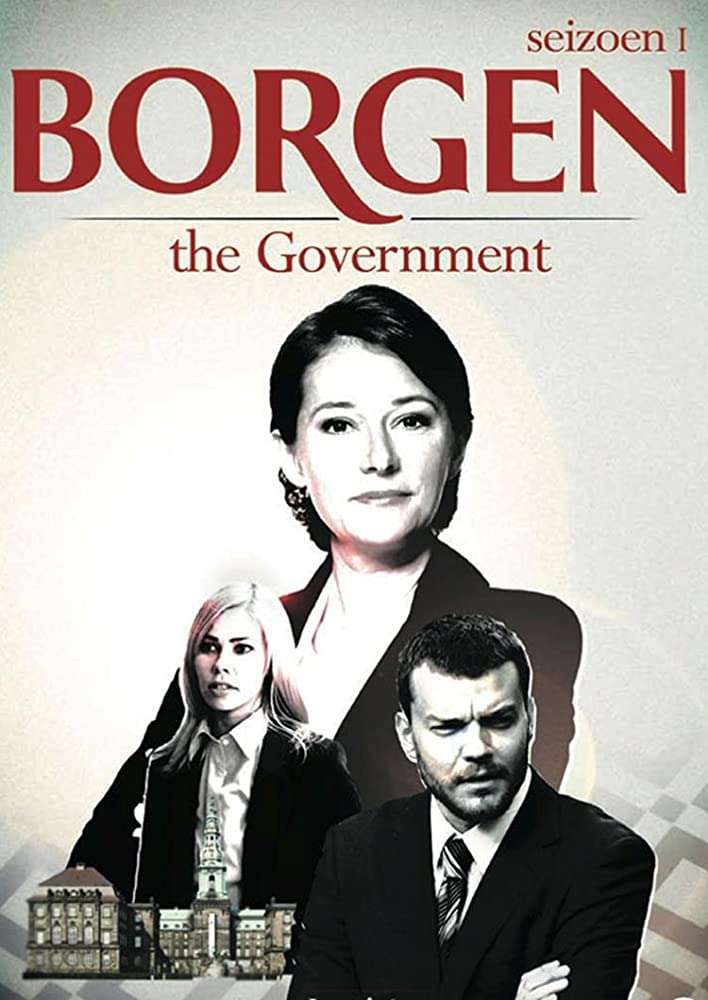 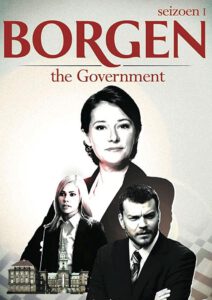 Out of Denmark has come a political drama far superior to our beloved West Wing. “Borgen” means “the Castle,” the nickname for the Christiansborg Palace, which houses the three branches of government, the Parliament, the Prime Minister’s Office and the Court. The series dives far more deeply than West Wing into the processes of getting elected and then governing, as well as the personal costs that politicians must pay for their holding onto power. It could trigger some hard thinking and discussions about the much-discussed question, “Can a woman have everything, including an important, demanding career and a loving family?”

The series also is a good primer for us insular Americans on the form of democracy that most nations of Europe and Asia have adopted, the parliamentary form of democracy, where not one, but a half-dozen or more parties vie for power. Most of the time the electorate is so divided that two or three (or more) parties must join together to form a government. This is far less stable, we see, than the American system with its strong president and Congress elected at specific intervals, rather than whenever, as in Denmark, a party withdraws from a coalition and forces the Prime Minister to woo another to take its place or to call for a new election.

Each of the ten episodes of the series opens with a relevant quotation, mostly, but not in every case, from  Machiavelli’s cynical yet perceptive treatise on governing, The Prince. The series itself, though realistic (more so than West Wing) is far from cynical, centering on a married mother who is still holding on to her ideals as she has risen in the ranks to lead a party called The Moderates.

Birgitte Nyborg Christensen (Sidse Babett Knudsen) is the central figure, married to Phillip (Mikael Birkkjær) and mother of teenager Laura (Freja Riemann) and 8-year-old son Magnus (Emil Poulsen). She and Phillip have made a compact that each has five years to advance their career, the other serving as keeper of the home and children, and then switching. Brigitte is in her fifth year as the story begins. Phillip’s part-time position as a lecturer at Copenhagen Business School allows him to spend the necessary time raising their children and preparing the meals.

Other prominent figures whom we will get to know in detail:

Katrine Fønsmark (Katrine Fønsmark), at first just a rising news reader at TV1 with rather loose sexual morals, but soon developing into a  principled  investigative journalist.

Bent Sejrø (Lars Knutzon), Birgitte’s long-time mentor, pleased to witness his protégé’s  rise and to  support her amidst the many difficulties that arise.

Torben Friis (Søren Malling), news editor for TV1 and often Katrine’s nemesis because she often does not heed his instructions..

The series is the brainchild of Adam Price, a prolific Danish screenwriter, playwright, and co-owner and executive-producer at SAM Productions. Among his numerous international awards is  the BAFTA Award for Best International Drama. As of this writing he has sold Borgen to 75 countries in 5 continents. Now at last Netflix has brought it to the U.S.

Episode 1. “Decency in the Middle”

Epigraph: “A prince should have no other aim or thought but war and its organization and discipline.”        Machiavelli

Luke 1:52. He  has brought down the powerful from their thrones,
and lifted up the lowly;

Elections are just three days off when the episode begins. Birgitte is head of the Moderate Party that is in the Opposition coalition headed by Labor Party Leader Michael Laugesen (Peter Mygind). It looks like he will be the next Prime Minister, and so she is regarded as a minor player because her party holds just five seats in Parliament. The make-up woman preparing her for a TV appearance is not at all interested in seeking her autograph. Birgitte even rides to work on a bicycle. On TV Laugesen gives in to those opposed to immigrants, thus repudiating the agreement he has made with Brigitte, the latter sympathizing with their plight. She withdraws from the coalition, throwing the election into a turmoil. Then the current PM, Liberal Leader Lars Hesselboe (Søren Spanning), in London on government business, makes an innocent mistake by using his government credit card at a women’s clothing store because of the demands of his alcoholic wife. By devious means (very dramatic!) Kasper Juul gains possession of the receipt. Jumping to the wrong conclusion, he tells Brigitte he has it, because it could be used as ammunition to defeat Hesselboe. She tells him No, so he goes to Laugesen, who is desperate to win at any cost. He gladly takes it and, during a televised debate among all the major party leaders, confronts PM Hesselboe with it. After the two bitterly go back and forth at each other and make their platitude-filled summaries, Birgitte is given the last word. She lays aside, to Kaspar’s dismay, the generalized summary he has written, and speaks from her heart, proclaiming that as a people they should be more open with each other, accept those from other cultures, struggle against inequality, and work in “a post-socialist, post-liberal, post-‘solidarity’ world.” Her sincerity touches so many voters that at the end of the election the Moderates have risen to 15 seats in the upcoming Parliament, thrusting Brigitte into the limelight. She is now regarded as a contender for Prime Minister. At home Phillip could not be prouder and more supportive of her.  She also asserts her values by firing Kasper for his willingness to blackmail a candidate.

This review will be in the October issue of VP along with synopses of the other 9 episodes and sets of questions for reflection. I left out of the heading  “Discussion” because the coarse language of some characters and the sex scenes make this a dubious choice for religious groups. However, the latter are not as explicit as in most cable dramas, so a group of mature adults might very well want to discuss these wonderful episodes. The sex scenes are by no means gratuitous! I plan to continue with coverage of the two other seasons as well. And there’s promise of a fourth–a binge watcher’s dream series!

If you have found reviews on this site helpful, please consider purchasing a subscription or individual issue in The Store. You will discover that your $39 pays for not just 12 issues of a journal that includes the discussion questions for the films, but a large archive of over 2200 films and even more reviews and special articles in all the issue of past issues of Visual Journals dating to 2012.

The series tells the story of the ups & downs of Denmark's first female PM & the cost of her power to herself and to each member of her family--husband, teenage daughter, and 8-year-old son.