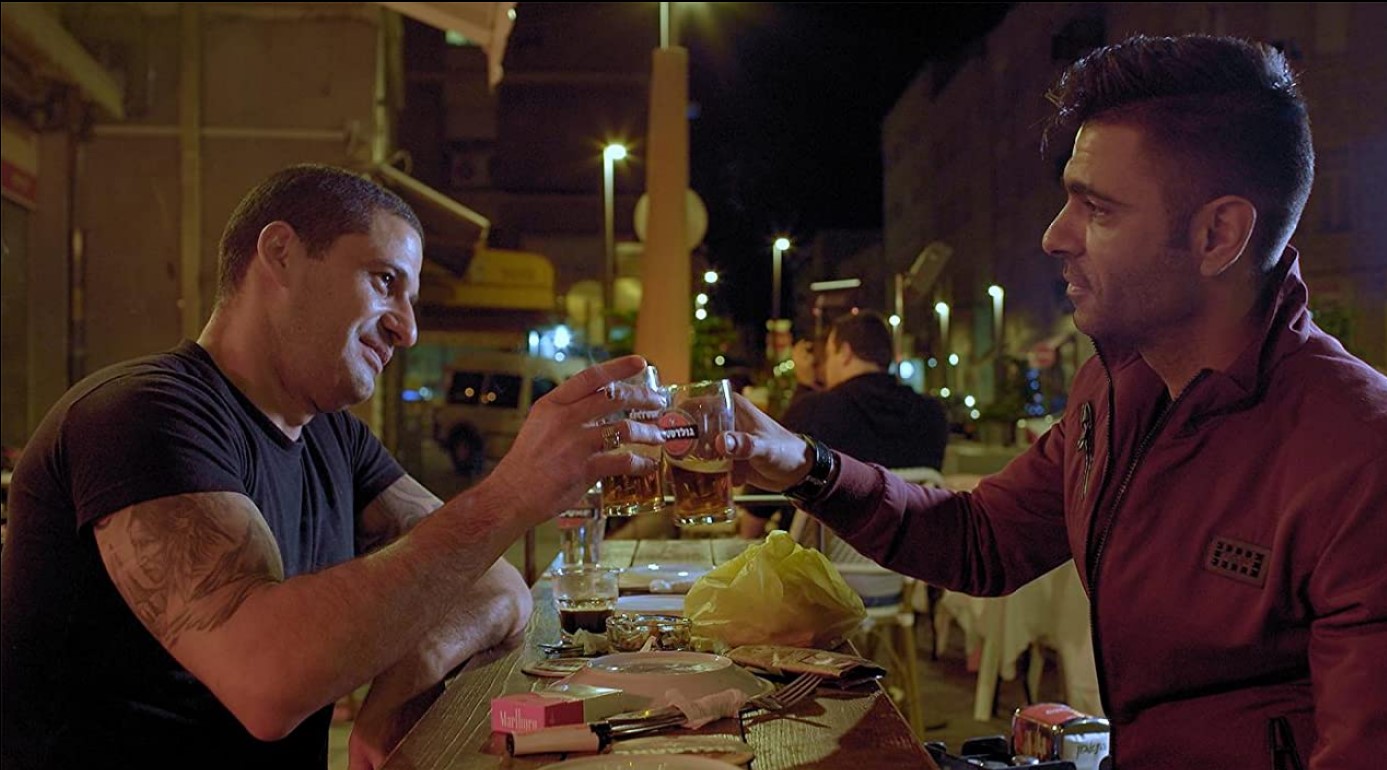 If your enemies are hungry, give them bread to eat;
and if they are thirsty, give them water to drink;


No, “if your enemies are hungry, feed them; if they are thirsty, give them something to drink; for by doing this you will heap burning coals on their heads.”

Central to documentarian Beth Elise Hawk‘s film is Dr. Nof Atamna-Ismaeel – the first Muslim Arab to win Israel’s MasterChef on the TV show “MasterChef Israel.” Inspired by a quotation from Bourdain, “Food may not be the answer to world peace, but it’s a start,” she interviews Atamna-Ismaeel and a table-full of other chefs who are preparing for the annual food festival that Atamna-Ismaeel founded in Haifa in 2015. This is the A-sham Arabic Food Festival, where pairs of Arab and Jewish chefs collaborate on exotic dishes.

We are treated to numerous Arab and Jewish chefs who tell their stories of cherished family recipes passed down through the generations and of strife-ridden pasts, yet who are willing to work together to create mouth-watering dishes for festival attenders—dishes such as kishek (a Syrian yogurt soup), and qatayef (a dessert typically served during Ramadan). She uses a plate of manti (Turkish dumplings) as an allegory for the virtues of diversity. The outlines of the various Middle-Eastern nations are seen, but disappear when the manti is folded together for eating. “Even if you look at food, when it’s one color, it does not look good. But when it’s colorful, it pops out,” she says. “The same with people: When it’s variety, it’s just better.”

The city of Haifa apparently was chosen because of its cultural and religious tolerance, the city celebrating Christmas, Hannukah and Ramadan. The mayor is interviewed, having defended the Festival at times when there had been pressure to cancel it. It is somewhat of a disappointment that the film devotes only five minutes or so to the Festival itself, the majority of the film’s 85 minutes consisting of interesting back stories on several of the teams of chefs. Breaking Bread is short enough that an extra 15 minutes or so would not have spoiled it.

However, despite any shortcomings, the film is an intriguing combination of food and peacemaking, and thus should be of interest to two groups normally not associated together. In the press notes director Beth Elise Hawk states:

“In today’s world, where we are bombarded with stories about division, I was driven to tell the story of Breaking Bread, which is about commonality. Breaking Bread demonstrates that food can nurture a connection among people from disparate groups, chipping away at discord. When the chefs cook together in the kitchen, political and religious labels fall to the wayside, and what’s left in their wake are human beings with striking similarities. Breaking Bread highlights our humanity. Its message transcends politics and religion, whether Muslim, Jewish or Christian, Democrat or Republican.”

It may sound naive to think that food can overcome deep political differences, but those who fondly remember Babette’s Feast might argue otherwise. People of faith will be reminded how in the Scriptures food was seen as a potent symbol of hospitality, as we see in the Genesis story of Abraham welcoming the three travelers and ordering Sarah to prepare a meal for them; and how meals are central to all three Abrahamic faiths.

(I am also reminded of the daring acts that brought down scorn and criticism upon the great Southern social justice advocate Will Campbell–his having dinner with KKK leaders in an attempt to understand them and open their eyes to his humanity despite their radical differences. Militant Klansman Raymond Cranford reportedly said of him, “This is one person I trust.”)

One thing I am sure of, the dishes are so beautifully presented in close-ups that viewers will leave the theater hungry for what a local Middle Eastern restaurant might offer their stomachs after being fed such rich food for the soul.

We see Arab & Jewish chefs working together to get dishes ready for Haifa's annual food festival designed to bring enemies together.
Editor Rating ★★★★★4.5 out of 5
More Details