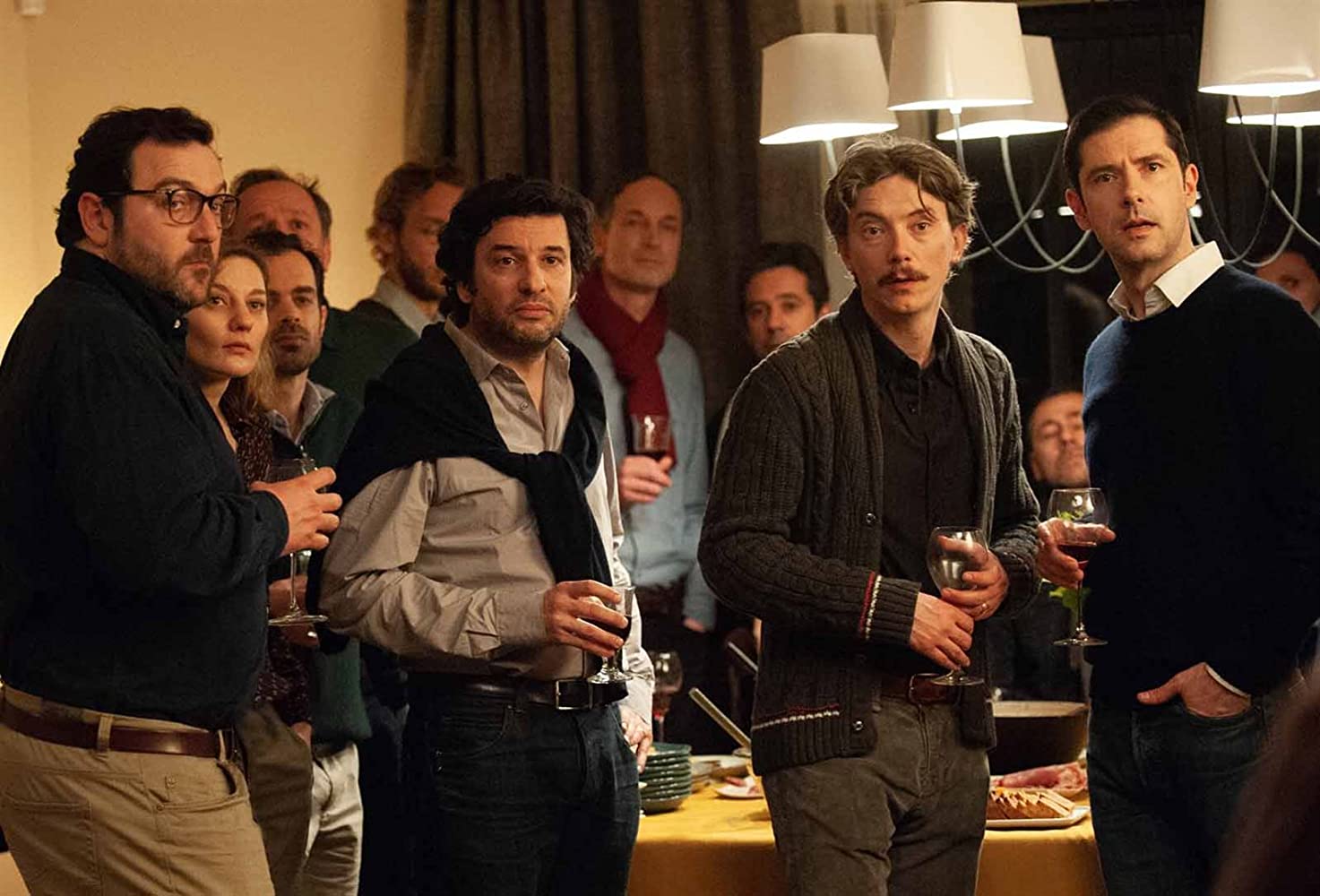 
Two are better than one, because they have a good reward for their toil. For if they fall, one will lift up the other; but woe to one who is alone and falls and does not have another to help.


Woe to the shepherds who destroy and scatter the sheep of my pasture! says the Lord.

Francois Ozon’s rivetting drama joins two other excellent films reviewed here  that personalize the issue of the abuse of boys by priests and its cover-up—Our Fathers and Spotlight. The script, written by the director, is based on the real lives of three men abused as boys by Father Bernard Preynat (Bernard Verley). He tried to block itd release in France, but failed, the film going on to win the Jury Grand Prix at the 69th Berlin Film Festival. We enter into the lives of three men whose lives have been impacted by the popular priest.

In Lyons banker Alexandre Guérin (Melvil Poupaud) lives with his wife Marie (Aurelia Petit) in relative peace until the day he sees in the paper an article about the priest. He is upset to learn that the man is not only still serving a parish but working with children. He had been led to believe that the man had been removed. Despite his past trauma he has remained a loyal Catholic, regulary attending mass with their four sons and daughter. The older two sons are about to go through the rite of confirmation, so Alexandre believes he must raise a complaint against the now 71 year-old priest, both to set an example for his boys and to protect the children currently in contact with the cleric. Not everyone in his family agrees, his mother objecting, “It’s been 30 years. He’s a harmless old man, to which his father adds that he’s “great at stirring up shit.”

Alexandre goes through a long process of emails and phone calls trying to meet with Cardinal Philippe Barbarin (François Marthouret), the prelate assuring him when they do meet that he is concerned for children. The diocesan psychologist in charge of victim support, Regine Maire (Martine Erhel) is sympathetic and supportive, though as matters grow more complicated, it is obvious that she is divided in her loyalty to her clients and to her boss the Cardinal. The banker even meets with the priest,  Father Bernard Preynat (Bernard Verley) who openly admits to the abuse but does not offer a real apology. He says that he told his superiors of his attraction to young boys, but thy merely transferred him around.

The focus of the story moves to François Debord (Denis Ménochet) when Alexandre comes across his name as also one of the abused. François wants nothing to do with any campaign for justice because his memories are too painful to dredge them up. However, he too sees an article about Fr. Preynat, and he is so upset that he changes his mind. The trauma had driven to leave the church and embrace atheism. His mother has saved the letters she had exchanged with the church about his abuse, and so the police pay a visit pursuant to pressing charges. When he sets up a website about abuse, he is flooded with responses, so he organizes a group called “Lift the Burden.”

The most unstable of the priests victims is Emmanuel Thomassin (Swann Arlaud) whose life has been ruined. He is an  epileptic who goes into convulsions when faced with bad new. Ensnared in a toxic relationship with an addict, he is unable to hold a job for long. He makes the third of the small band dedicated to expose the cover-up and bring the priest to justice. A fourth victim joins them to “lift the burden of silence.” He is Gilles (Éric Caravaca), who, when the men disagree, acts as a mediator.

The men find a small measure of relief when they talk about their past abuse, discovering the power that comes from others who will listen and who have also suffered similarly–all had attended St.  Luc summer camp, where Father Preynat oversaw the scouts. We often are taken back to that camp where we see Father Preynat call a boy aside for special attention. The men are disgusted that that Cardinal Barbarin was aware of Preynat’s  sins all along but had been more concerned for the church’s reputation than for the welfare of the boys. This is a fact that we in the audience have trouble understanding, because of all Christians, clergy persons should be well aware of Jesus’ love for children in particular, as we see in Mark 10:14.

Those who appreciated Spotlight will take to this film—we even see in a police station a poster of that film on a  wall. Ozon’s film, though, instead of focusing on the press as the prophetic exposures of evil that thrives in darkness, takes further what was done in an earlier Showtime film, Our Fathers. That 2005 film had a twin focus, the victims and the prophetic lawyer who took up their seemingly impossible case against the Boston Catholic Church.

Francois Ozon dwells solely upon the victims. Though he changes their last names for the purpose of adding details to round out their characters, their stories are true. There is no mistaking what he thinks of the cardinal and the priest, the latter guilty of the actual abuse of hundreds of children, and the latter of covering up that abuse and failing to put a stop to it. The filmmaker underlines the hypocrisy of the cardinal by taking the name of his film from a public remark the prelate made at a press conference where he said that “by the grace of God” the statue of limitations was about to run out!

Fr. Preynat attempted to block the release of the film, but lost. The Cardinal was convicted of the cover-up, but, after the film’s release, won in his appeal to a higher court to have his conviction overturned*. It is interesting to contemplate how the filmmaker might have concluded his film had he made it after that sad verdict. Perhaps with some note of irony about the one institution is based on the ethic of love calling it to protect and shelter the vulnerable and powerless?

*For more on this and to see a trenchant short (0:02:39) film featuring a victim (this time a girl) see the BBC article by clicking here.

The true story of how a group of tormented men in Lyons France struggled to bring the Catholic Church to justice over their abuse by priests when they were boys.
Editor Rating ★★★★★5 out of 5
More Details