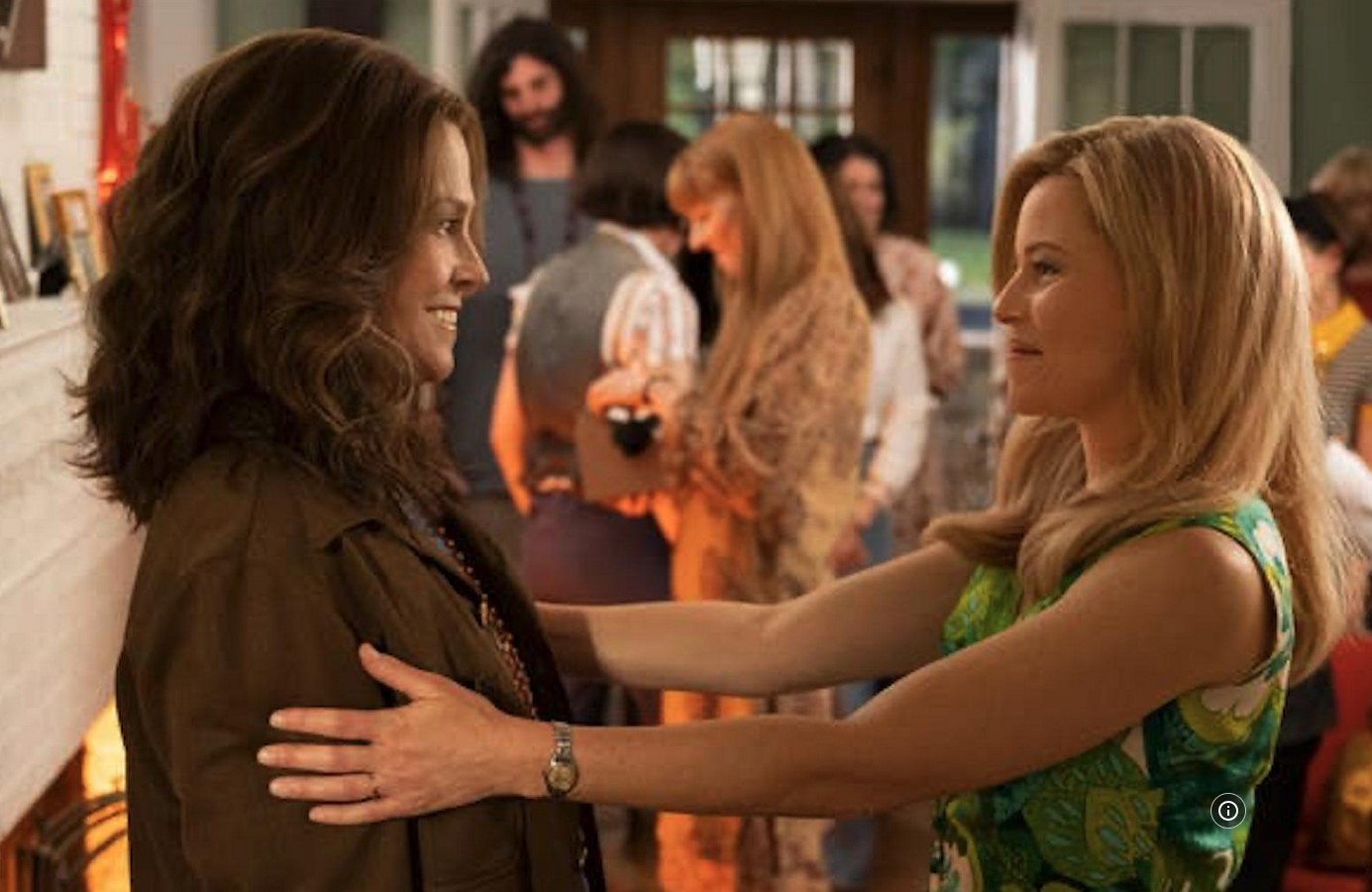 Then the king of Egypt said to the Hebrew midwives, one of whom was named Shiph′rah and the other Pu′ah, “When you serve as midwife to the Hebrew women, and see them upon the birthstool, if it is a son, you shall kill him; but if it is a daughter, she shall live.” But the midwives feared God, and did not do as the king of Egypt commanded them, but let the male children live. So the king of Egypt called the midwives, and said to them, “Why have you done this, and let the male children live?” The midwives said to Pharaoh, “Because the Hebrew women are not like the Egyptian women; for they are vigorous and are delivered before the midwife comes to them.”


Soon afterward he went on through cities and villages, preaching and bringing the good news of the kingdom of God. And the twelve were with him, and also some women who had been healed of evil spirits and infirmities: Mary, called Mag′dalene, from whom seven demons had gone out,  and Jo-an′na, the wife of Chu′za, Herod’s steward, and Susanna, and many others, who provided for them out of their means.

Director Phyllis Nagy takes us back to the Chicago of 1968 in this story about an underground cadre of women who provided safe abortions for desperate women. The members of the underground group, known as the Jane Collective, risked their freedom to help the helpless. They are real, only the story and its central character are fictional. In light of the right-wing dominated Supreme Court’s overturning of Roe Vs. Wade, this is one of the most relevant films to be released this year, as well as one that Christians will both praise and damn, depending on whether they are pro-choice or pro-life..

Joy (Elizabeth Banks) is married to rising attorney Will (Chris Messina) celebrating his having been made partner at his firm. They are parents of a teenage daughter Charlotte (Grace Edwards) and expecting another child. However, during the pregnancy Joy develops complications of the heart, the doctor telling her that her life is in danger if she goes through with the birthing He recommends “therapeutic termination,” doctorese for “abortion.” Unfortunately, the hospital board—all men doctors—refuse to allow an abortion, leaving the couple in despair. Coming into that meeting with a gesture of good will, a plate of cookies, she takes them with her when she and Will leave.

So troubled in mind, Joy even considers throwing herself down the stairs to induce a miscarriage. Learning of an illegal abortion clinic, she visits it, but is repelled by its unsavory appearance. At last, at a street corner she sees on a telephone pole and a drop box posters with tear-off tabs bearing the message, “Pregnant? Need help? Call Jane!” Upon calling “Jane” Joy is picked up, blind-folded, and driven to a secret location where a group of women are ready to render help. Each time upon meeting a woman she asks if that person is Jane, and is told “No.” “Jane,” she learns, is the name of the group, the Jane Collective.

The Collective is headed by the no-nonsense Virginia* (Sigourney Weaver), once an activist for feminism who has stopped marching in order to rescue helpless women from the dangerous illegal abortion clinics with their untrained staffs. Theirs is a clean facility with a competent doctor, Dean (Cory Michael Smith), whose bedside manners might be terrible, but who is skilled in providing a safe and quick abortion. Also in the office is Gwen (Wunmi Mosaku), a Black Power advocate who argues that the going rate of $600 is too expensive for most Black women even more in need of their services than the middle class whites they currently are aiding. Surprisingly, there is even a nun in the group, Sister Mike (Aida Turturro), who serves as phone answerer and as cook, providing spaghetti for recovering patients.

Joy is uneasy in regards to Dean, but he performs the operation swiftly. Blindfolded again and driven to another secret location, Joy is soon being cared for by the women. Virginia firmly insists that she must not leave right away but allow time for recovery. She explains what is happening in her body and what to expect in days ahead.

Some time later Virginia calls Joy to ask her to pick up a client. Joy does not want to become involved, saying, “I don’t agree with what you’re doing.” The strong-willed Virginia, not a person that accepts “No,” keeps on urging her, battering down Joy’s defenses. Soon Joy finds herself becoming a regular driver, spending hours away from home. To explain her frequent absences she tells Will and Charlotte that she has enrolled in an art course. Soon, seeing the sorry plight of so many poor women, she becomes an enthusiastic volunteer, even going to the extent of persuading Dean to show her how to perform the relatively simple operation so she can perform them herself. Her weapon in getting him to agree is her discovery that he is not the full-fledged M.D. he claims to be, merely a layman who has picked up the knowledge to perform the procedure.

Virginia is at first dead-set against Joy attempting the procedure on a woman who has paid in the expectation that a qualified doctor will operate on her. It is too dangerous a risk, she argues, but Joy points out how under the present expensive arrangement with Dean they can never help most of the women who turn to them for help. If she pitches in, they can reach the poor Black women Gwen wants to help.

As Joy becomes completely won over to the cause of the Jane Collective, we witness the process that Liberation Theology proponents call “conscientization,” one in which a member of an oppressed class comes to an awareness of the causes of her suppression and to think critically about them so she can act against them. (For another example of this see my review of the 1985 Oscar winning Argentinean film The Official Story.) The film spends far more time on Joy’s involvement in the Jane Collective than upon her abortion, making this a film much more about sisterhood than abortion itself. Virginia and her fellow volunteers follow in the path of those brave Hebrew midwives who went against the current of their time–or of the women who probably scandalized their families and friends when they left their homes to follow around Galilee and Judea an unauthorized rabbi and tend to his needs.

Indeed, the film’s opening sequence set in a downtown Chicago hotel, makes more sense now. Joy has been at a fancy dinner sponsored by husband Will’s law firm when she hears sounds of a protest outside. It is August, 1968, and the yippies and activists are demonstrating against the Democratic National Convention. Joy stands behind a line of policemen, in a stand-off with the demonstrators, the latter yelling, “The whole world is watching!” Thus we see the beginning of her wokeness from her familial bubble that has kept the outside world at a distance. She will discern her own second class citizenship when she is at the family bank writing a check for the cash to pay for her abortion. The teller, instead of handing over the cash, excuses himself to go and consult with a supervisor for permission. The official, apparently recognizing her, nods his head, and the teller returns and counts out her money. (It would not be until 6 years later that Joy would have been allowed even to have her own credit card!) The prohibition against abortion was but part of the oppression of women at the time, this scene affirms. The Jane Collective thus provides Joy and its members a sense of empowerment as they work together to help other women.

The weakness of the film is in its script by Hayley Schore and Roshan Sethi, which does not develop very well the characters of Will and Charlotte. They seem very naïve and way too susceptible to Joy’s excuse for being gone from home for long stretches. If your wife or mother wasn’t home very much, wouldn’t you ask to see some of the art she claimed to be working on? Running a household involves a lot of time and effort—how did Joy see to all the housecleaning, meal preparations, laundry and dry cleaning, and other chores required to maintain a home for 4 persons? A short scene of her hurriedly sweeping or washing the dishes piled up in the sink before daughter or husband returned home would have improved the film’s credibility. However, despite this, the film is otherwise so good, and certainly so timely, that this is but a minor caveat.

Available only at a few theaters at the present, the film is due to be released later on Hulu. It goes against the beliefs of some Christians, but for those who believe that a fetus is not yet equivalent to a human being, the filmmakers have given us a social justice film reminding us of what women had to contend with before Roe vs. Wade—and what they might have to face today if anti-abortionists prevail in the states where they wield political power.

*Virginia is loosely based on Jane founder Heather Booth, who in 1968 was much younger than depicted in the film, and who would go on to become involved in civil rights, labor affairs, and progressive politics (the latter including serving as an advisor to Chicago Mayor Harold Washington, the city’s first African American mayor.

Through the story of a fictional Chicago housewife needing an abortion the story of the underground Jane Collective, the pre-Roe vs. Wade group providing abortions, is told.
Editor Rating ★★★★★4.5 out of 5
More Details