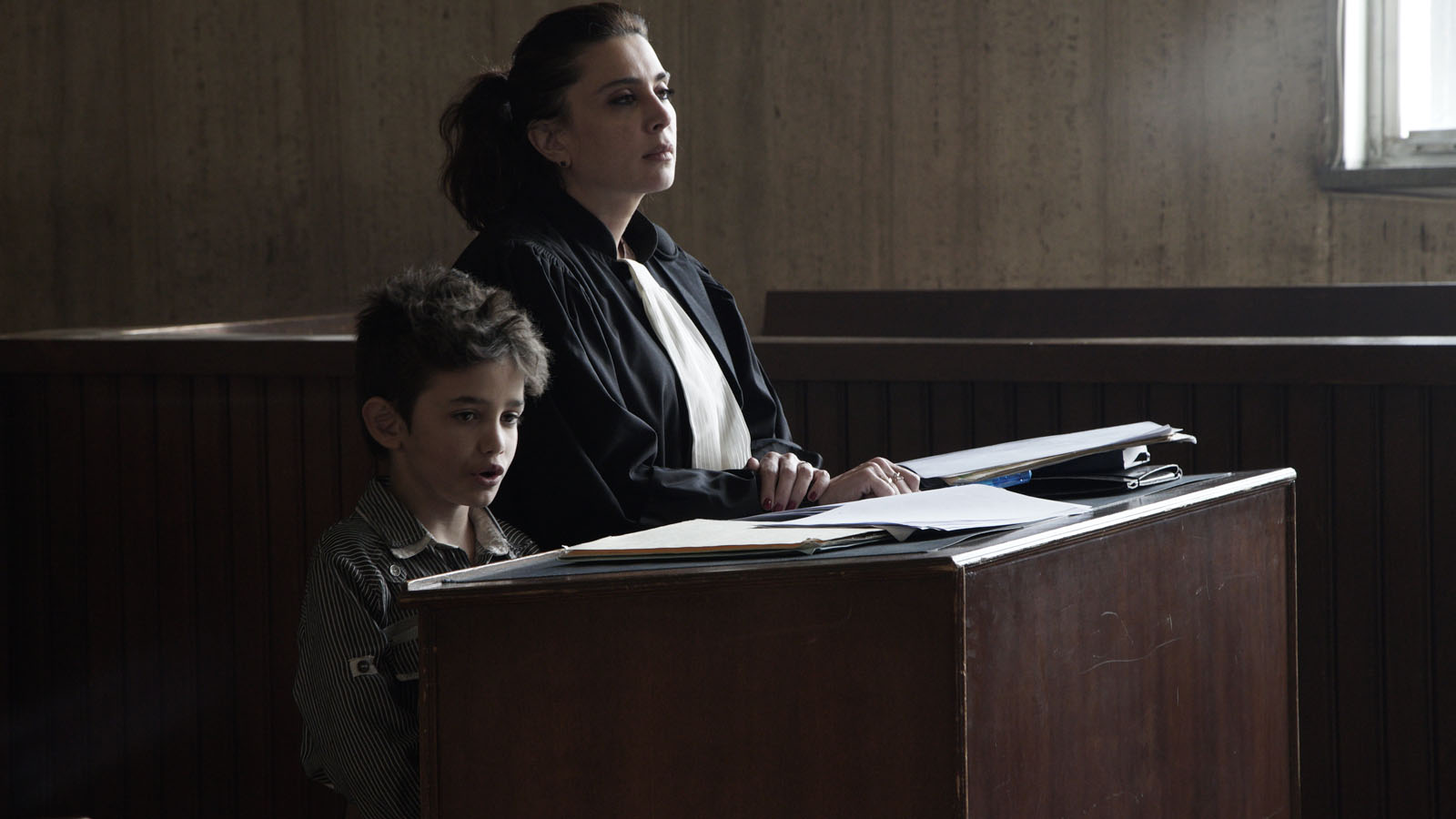 Since there will never cease to be some in need on the earth, I therefore command you, “Open your hand to the poor and needy neighbor in your land.

For the needy shall not always be forgotten, nor the hope of the poor perish forever.

Lebanese director Nadine Labaki’s film is structured around an unlikely court hearing in Beirut, but the rest of it is grimly realistic in its depiction of the plight of the poor who are bereft of any legal papers or ID. Ms. Labaki gives us a picture of the needy of the city every bit as stark and desperate as that of the Brazilian film City of God. Most of the actors, including the doe-eyed Zain Al Rafeea, who plays 12 year-old Zain, are not professionals, so we need to give credit to casting director Jennifer Haddad, as well as to Ms. Labaki.

Zain is serving a five-year sentence for stabbing a man, when he manages to call a TV station and tells them he wants to sue his parents … for giving him life. In flashbacks we see his chaotic (the title is from a French word meaning “chaos”) life at home where he tries to protect his beloved 11-year-old sister Sahar (Cedra Izam) from a shopkeeper who has eye on her. When he is unable to prevent her sale to the man, the boy steals some of his parents’ money and runs away, embarked on both a rebellion and a flight from his harsh home life.

At a local carnival he meets the Ethiopian single mother Rahil (Yordanos Shiferaw) who is working as a waitress in the country illegally. She has a toddler Yonas whom she keeps hidden in a bathroom. Neither She nor Zain have papers that would allow them to obtain any aid, so they team up, Zain staying at her decrepit shack to care for the child while she is at work. Unfortunately, she is picked up by the authorities, leaving Zain alone with no resources to care for her son. With no papers, she is fearful of being separated forever from her son if she is deported, so she tells the police nothing about him.

The courtroom scene might seem a bit of a strain, but the harsh conditions of Zain’s home and his trying to obtain food for himself and Yonas are all too real. His is the kind of a situation that would have drawn the attention of Charles Dickens. Given the condition of millions of the world’s poverty-stricken children, film maker Nadine Labaki aims straight for the viewer’s heart—and hits a bulls eye. The non-professional Al Rafeea is able to use his big eyes so well to convey innocence that masks his underlying cunning as he takes on a world indifferent to the plight of most of its children. He has been able to watch enough TV—at Rahil’s he cleverly sets up her broken mirror in a window so that he and Yohan can watch their neighbor’s TV in its reflection—to know its power to reach and stir an audience, hence when he is arrested and thrown into jail, he uses his allowed phone call to contact the TV station and inform its staff of his plight. Like the youthful hero of Slumdog Millionaire, this boy will do more than just survive—or so we hope. Had Roma not been on the “Best Foreign Language Film” list, this Lebanese film might have won the Oscar. It is a “must see” film, one that gives religious groups a good opportunity to discuss and do something about the plight of the world’s poverty-stricken children.

A poor boy in Beirut sues his parents after stabbing a man to whom they had sold his 11-year-old sister & after he has cared for a toddler when its illegal immigrant mother was arrested.
Editor Rating ★★★★★4.5 out of 5
More Details