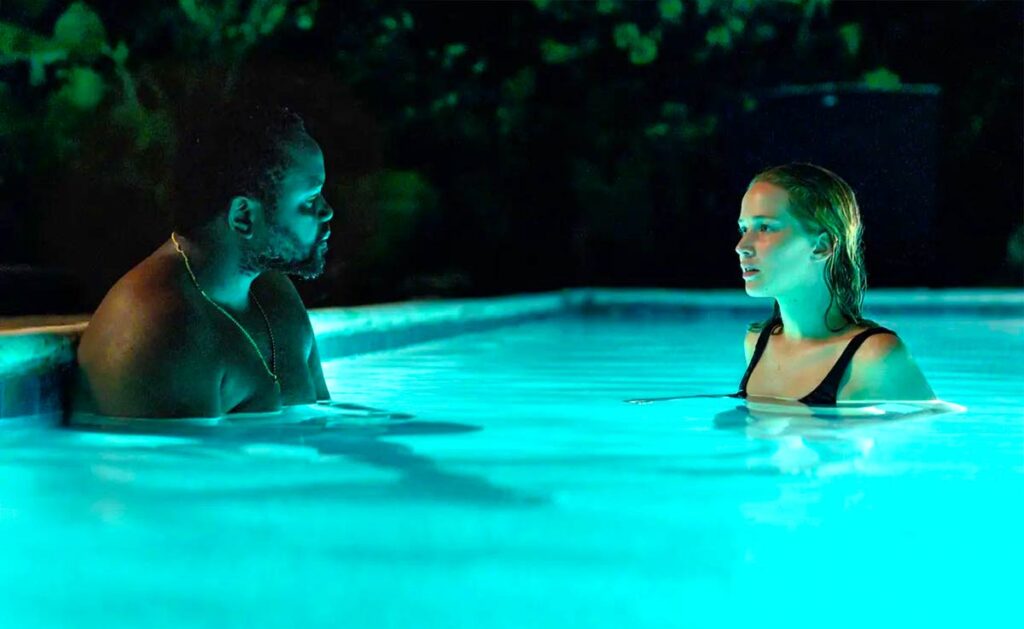 I lie awake;
I am like a lonely bird on the housetop.


He heals the brokenhearted
and binds up their wounds.

Broadway director Lila Neugebauer, in her feature directing debut, brings us the story of a wounded warrior on the road to recovery but still struggling when she returns to her native New Orleans. In a tale less epic in scope than her Hunger Games films, but even more moving, Jennifer Lawrence shines, reminding us that she is one of the most talented actors of her generation. Teamed with Brian Tyree Henry, the two present us with a story that moves beyond the racial and gender barriers of our society.

Lynsey (Lawrence) has suffered a traumatic brain injury from an IED during her tour with the Army Engineering Corps in Afghanistan. Barely able to walk without aid, she endures a grueling rehabilitation regimen at a VA facility, gently guided by an aide named Sharon (Jayne Houdyshell). She has to relearn basic tasks like brushing her teeth and holding a water glass, as well as walking. During this process we see her frustration and her rugged determination to be able to redeploy with her unit.

She must return to her mother’s home in New Orleans, even though their relationship, is strained. (Her mother, Gloria, even failing to pick her up at the bus station because she had thought it would be a few days later!) Linsey’s sense of loneliness increases as she spends the day alone in the house. When Gloria does come home, there is no warm embrace. The two will maintain at a distance throughout the film, the mother wrapped up in her job and a boyfriend.

Finding her old battered truck in the garage, Lynsey sets forth and finds a job with a pool cleaning firm. After her boss makes sure she is competent during the first job, Lynsey works alone at a series of lavish pools in the Garden District. And I do mean alone, the owners’ always being out of town or away at work.

Her truck breaks down, and she takes it to a garage owned by an African American named James (Brian Tyree Henry). He is attracted to her, and she, noticing his limp and realizing he has a prosthetic leg, is also drawn to him. He offers her a ride home. After this and some conversations, during which she recalls that she had played against his sister when they were on competing high school basketball teams, they begin to hang out, drinking beer together at various bars and sharing smokes and six-packs of beer in parks. This is New Orleans, a unique place in the deep South, so they seldom draw any hostile attention from whites.

James too has been lonely, also suffering from a trauma, he reveals, due to a car crash in which he lost not just his leg, but also his young nephew. His sister, blaming him, had broken off contact. He feels a double guilt because he did have two beers, but worse, he had given in to the boy’s plea to sit up front rather than in the rear child’s seat. His sister had objected, but he, wanting to please the boy, had over-ruled her. Thus, like Lynsey, he has become an anguished, lonely outsider. At one point he suggests that she move in with him, that it would be nice to share cigarettes and coffee in the morning.

When James expresses a romantic interest, Lynsey quickly inform him that she prefers women. This stops his advances, but not their friendship. She invites him to a home where they swim together in the pool. We expect the owner to show up, but this does not happen. Instead, there is pain inflicted by a careless remark of Lynsey’s, and the pair are separated for a period. James refuses to call back when she tries to phone him. What Linsey decides will warm your heart, even though the result of her decision is not depicted on screen. Nevertheless, we are left feeling that hers and Henry’s future will be far brighter than their past.

This little film is not only a good character study of two traumatized human beings, but also a celebration of the healing possibilities of friendship across racial and gender barriers. There is no big advertising campaign for this little film, as with Hunger Games, so you might have to search for it, but it is well worth the effort.

Lynsey, a wounded Army vet, returns to New Orleans & bonds with a Black man who also has suffered a trauma, but not in a romantic way because she prefers girls.
Editor Rating ★★★★★5 out of 5
More Details