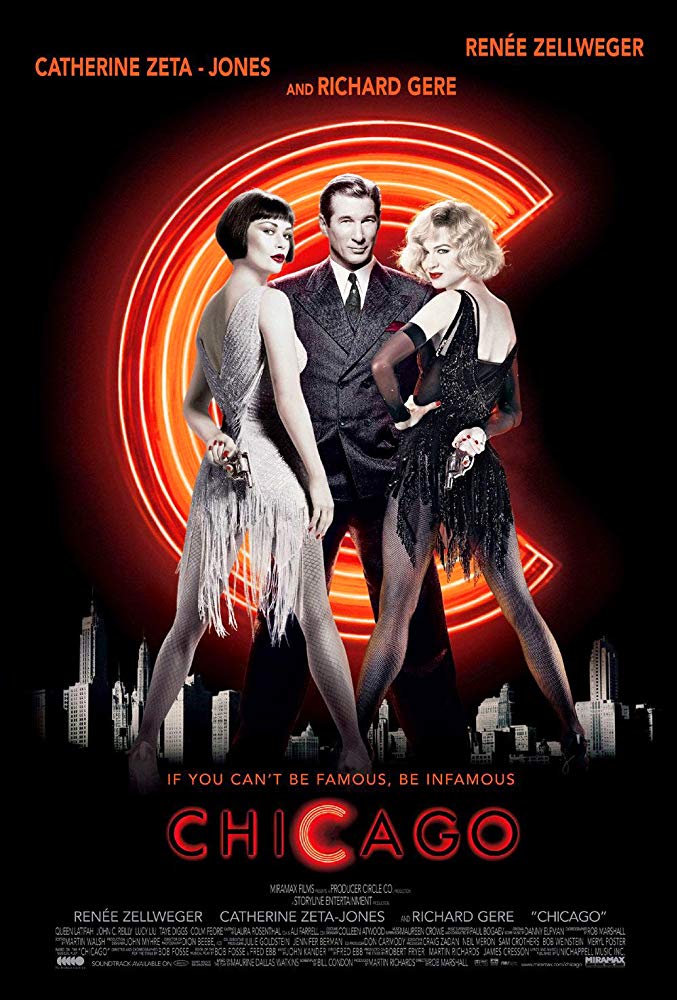 Do not envy the wicked,
nor desire to be with them;
for their minds devise violence,
and their lips talk of mischief.


Recently while reading the book HE HAD IT COMING, I was led to post this review, written in 2012. The book, giving the background of the events that inspired the stage play CHICAGO and the film adapted from it, is reviewed in the April issue of VP. The next film review I’ll be posting is of ROXIE HART, an amusing Betty Grable hit based on one of the Chicago women who killed her lover. 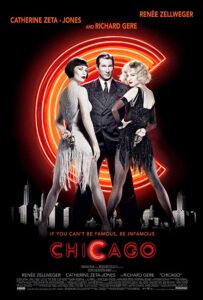 This is a brilliant adaptation of the long-running musical set during the Roaring Twenties that takes a sharp, cynical look at our systems of criminal justice and news reporting. Instead of a drama interrupted by songs, this is more of a musical commentary upon our money and celebrity worshiping society interspersed with some stylized dramatic scenes. The music is razzle-dazzle, hilariously spoofing show girls who want to be rich and famous, lawyers who bend and twist the law for their own aggrandizement, and shark-like reporters who go into a feeding frenzy around the latest sensational criminal that captures the public’s fancy.

Renee Zellweger plays sweet-faced Roxie Hart, incarcerated in the Cook County Jail for killing her lover. There she is brushed off by fellow inmate Velma Kelly (Catherine Zeta-Jones), the brash show girl who broke up her popular sister act when she caught her sibling in bed with her  husband (she murdered them both). Roxie had killed her lover because he was dumping her without getting her the promised audition for a show. Velma has no time for such nobodies, but when Roxie convinces her dim-witted husband Amos (John C. Reilly) to stand by her and secure the services of hotshot lawyer Billy Flynn (Richard Gere), things begin to change. At first Flynn, who also is representing Velma,  acts like he will not take the case when Amos can come up with only a little over half of the $5000 fee, but the sight of all those bills about to be taken away by the disappointed Amos is too much for the greedy lawyer. (Billy boasts, “If Jesus Christ had lived in Chicago, and if he’d had $5,000, and had come to me–things would have turned out differently.”) Soon, the lawyer is spending more time consulting with Roxy than with Velma, and when Roxy turns out to be a fast learner at fabricating a sob story about what “really” happened the night of the killing, Billy realizes he has a headliner on his hands, one that makes Velma’s case and story yesterday’s news. Now it is Roxy’s turn to squelch Velma.

One of the cleverest episodes has Billy singing cynically about trials and juries, declaring that “it’s all a circus” in which you must “razzle dazzle them.” He becomes the puppet master with Roxie as his marionette. Then the jury members also have strings attached to them, and high above them Billy pulls them to do his bidding. I couldn’t help but think of some of the showman lawyers of our time, swaying juries with their antics, such as the race card used so skillfully to set free O.J. Simpson not so long ago. Not much dignity of the law to be seen in this film. Nor does the press come off any better. The Chicago papers and the radio station served by Mary Sunshine (Christine Baranski) are closer to the National Enquirer than to the NY Times, none of the reporters caring about truth or justice.

Beside those already mentioned the cast includes Queen Latifah as Jail Matron ‘Mama’ Morton; Taye Diggs as the Bandleader emceeing the songs and acts, and  Lucy Liu as  Kitty Baxter. Even the stars who are not singers or dancers hold up their end well, the movie propelled along by the infectious music and high kicking dances. 113 minutes seldom seem to have passed so fast, nor has getting away with murder ever seemed like such fun. I would like to say that it can happen only in the movies, but then there is that case involving a certain football player.

No questions for this film, though some for the film Roxie Hart  could be used for it.

Filled with music & sexy dances, Chicago is set in the jazz era when 2 women kill their lovers and a flamboyant lawyer uses the press & theatrics to convince jurors to acquit them, showing the public as fickle & the law as easily manipulated.
Editor Rating ★★★★★4.5 out of 5
More Details