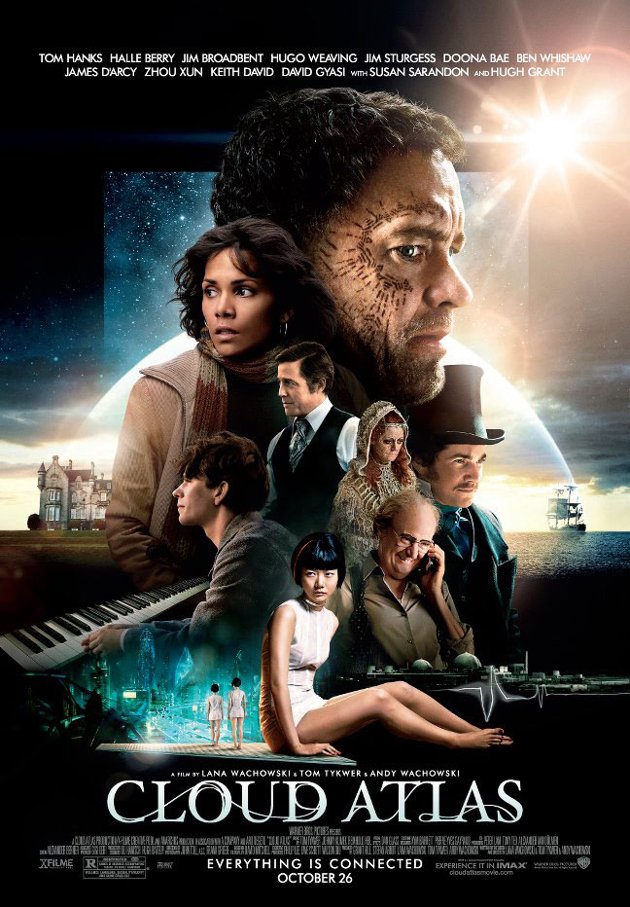 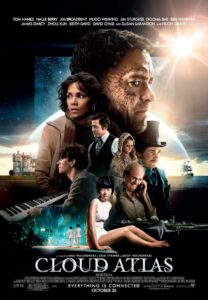 Then the Lord said to Cain, ‘Where is your brother Abel?’ He said, ‘I do not know; am I my brother’s keeper?’

Then God spoke all these words: I am the Lord your God, who brought you out of the land of Egypt, out of the house of slavery; you shall have no other gods before me. You shall not make for yourself an idol, whether in the form of anything that is in heaven above, or that is on the earth beneath, or that is in the water under the earth. You shall not bow down to them or worship them; for I the Lord your God am a jealous God, punishing children for the iniquity of parents, to the third and the fourth generation of those who reject me, but showing steadfast love to the thousandth generation of those who love me and keep my commandments.

Therefore, since we are surrounded by so great a cloud of witnesses, let us also lay aside every weight and the sin that clings so closely,* and let us run with perseverance the race that is set before us…

This complex film, based on David Mitchell’s sci-fi novel of the same name, has not one but three directors– Tom Tykwer (best known for th delightful Run, Lola, Run)  and the Wachowski brothers (Lana and Andy, creators of The Matrix Trilogy). They have taken the six stories of the novel, that range from the 19th century to the present and to the distant post-apocalyptic future, and broken them up into fragments that are entertwined: we might compare this to taking beads of six different colors and intermingling them on a strand for a bracelet. The official synopsis sums it up well: “An exploration of how the actions of individual lives impact one another in the past, present and future, as one soul is shaped from a killer into a hero, and an act of kindness ripples across centuries to inspire a revolution.”

1.In the 1849 San Francisco lawyer Adam Ewing (Jim Sturgess) on a Pacific voyage becomes the advocate for stowaway slave Autua (David Gyasi) and is being slowly poisoned by ship’s doctor Henry Goose (Tom Hanks) who covets his patient’s coins that he has discovered in a chest. All this drives Adam later to take up a stand against slavery.

3. In 1973 in San Francisco journalist Luisa Ray (Halle Berry) encounters Frobisher’s lover Rufus Sixsmith (James D’Arcy), now a nuclear scientist. He tells her of a conspiracy concerning the safety of the nuclear facility she is investigating, and there follows a series of events that result in two deaths and the near death of Luisa when her car is run off a bridge.

The film is often confusing because of the jumping back and forth between stories, but it is always fascinating. The snippets of each story are just long enough to engage our interest, leaving us with the desire to find out what comes next. For some the constant interrupting of the flow of the story will be irritating, and, as it was for this reviewer, often confusing, but this ought to be seen as showing that the filmmakers respect the audience enough in the belief that we can deal with the shifts from one tale to another. In this respect the three directors are very much like Terrance Malik, whose wonderful Tree of Life dealt with cosmic themes, and also confused many of its viewers. I suspect that many will want to see the film at least one more time to reduce confusion and settle any question of the the plot and connection of the stories.

I am sure that another reason for revisiting the film is the delight in seeing again so as to identify the actors who plyed multi-characters, sometimes switching genders. I have seen many films in which an actor played several roles (my favorite being the 1949 British film Kind Hearts and Coronets in which Alec Guiness played both the murderer and the eight relatives whom he kills in order to inherit a dukedom), but none in which so many actors/actresses assume multiple roles. Among the notables not mentioned is High Grant, who even plays a murderous savage in the sixth story, quite a delightful contrast to his usual characters! Susan Sarandon also stars, scarcely recognizable in three of her four roles.

The novelist and filmmakers’ Zen-like theme of the interconnectedness of humanity is one that people of faith can profit from, even if they cannot accept their belief in the incarnation and transmigration of souls. A thirst for freedom is just the first of connections among the many characters. This film stands over against our individualist culture that denies, like Cain responding to God’s question about the whereabouts of his brother, any bond that would seemingly hinder the pursuit for profits, wealth, or “self-fullfillment.”

This interconnectedness is affirmed so strongly in the Old Testament, with God blessing or cursing peole through the generations, that it had to be balanced by affirmations that individually we, and not our children, do pay for our own sins. In the New Testament the author of the Hebrews affirms our connection through faith to a host of past heroes of the faith in the 11th chapter and concludes with that great invitation that begins with the words, “Therefore, since we are surrounded by so great a cloud of witnesses…” A millennium and a half later English poet John Donne would write: “No man is an island,/Entire of itself./Each is a piece of the continent,/A part of the main.” In its own convoluted form this film adds its voice to Donne’s great affirmation of our connectedness. If it fails to join such sci-films as Bade Runner as a classic, I will be very surprised.