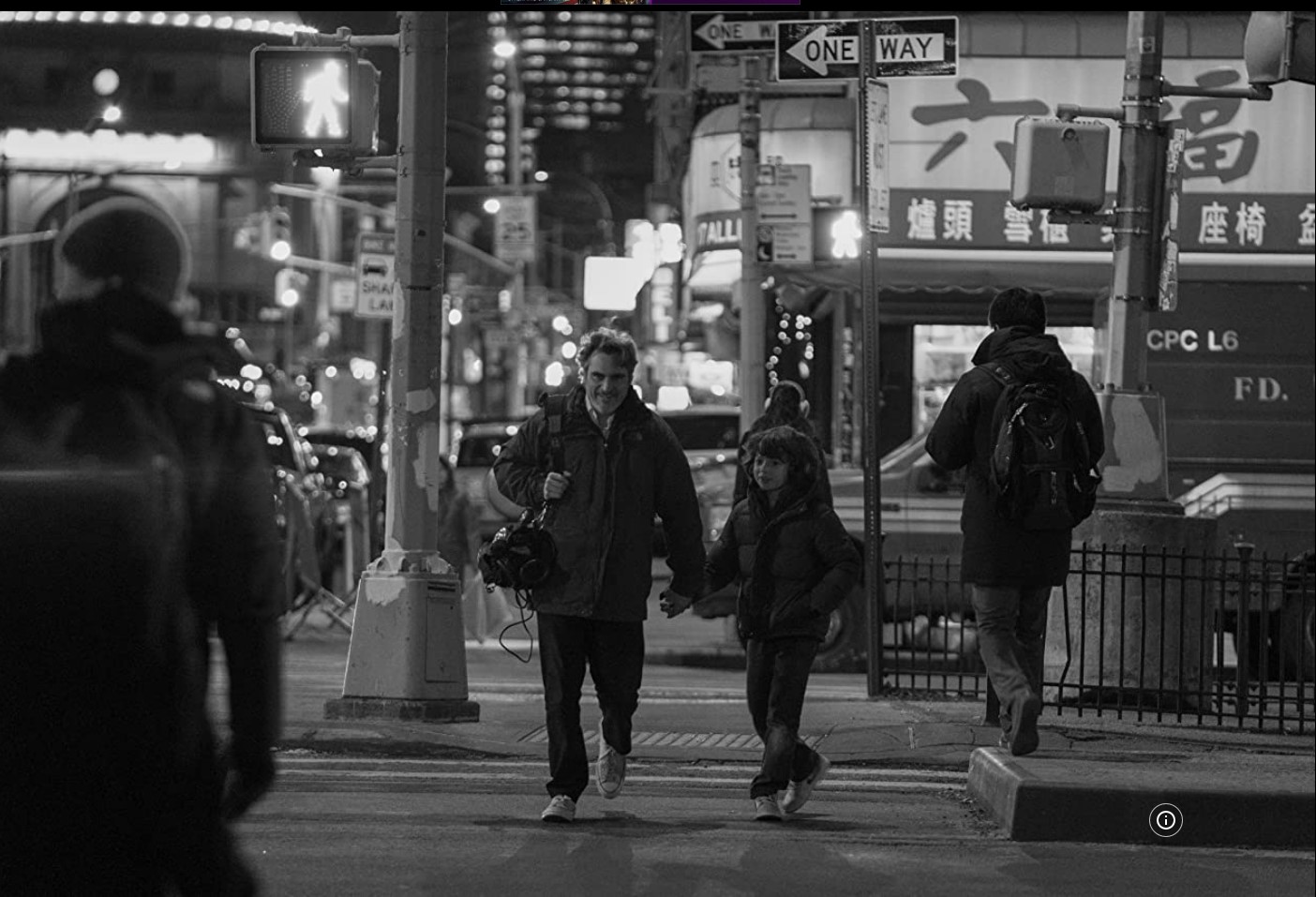 How very good and pleasant it is
when kindred live together in unity!

After watching another superhero fantasy, I found Mike Mills’ relative simple tale of the growing relationship between an uncle approaching middle-age and his nine-year-old -young nephew a refreshing tonic. No car chases or epic fights or flying through the air—just a man and a precocious (but never cutesy) young boy bonding together.

Ever since the death of their mother, Johnny (Joaquin Phoenix), a radio journalist living on the East coast, has been partially estranged from his sister Viv (Gaby Hoffmann), who lives with her young son Jesse (Woody Norman) on the West coast. When he reaches out to her by phone, Viv mentions that she has to rush to the aid of her ex-husband Paul (Scoot McNairy) suffering a bipolar episode in Oakland and convince him to seek inpatient care. But what can she do with her son while she is away for a few days? Thus Johnny, with his typical New Yorker’s disdain for Los Angeles, travels across the country to watch over the boy.

He gets more than he bargained for when Viv is delayed in returning. Johnny has professional commitments, so he convinces his sister to agree to his taking Jesse back to New York with him. The boy at times acts obnoxiously, and Johnny is reticent about talking about himself. Jesse at times pretends that he is an orphan, apparently the result of feeling so neglected because of his father’s illness and his mother’s preoccupation with it. At a busy store the boy wanders off, giving Johnny a panic attack. When he does find the boy, his meltdown leads to the boy to withdraw even further.

Right after the store incident Viv, in their daily telephone call, leads to the reconciliation of uncle and nephew after Johnny accepts her advice and apologizes for his outburst. Jesse continues to ask Johnny questions about his past life and his troubled relationship with Viv. Johnny reveals that he and Viv had strongly disagreed over how to care for her, fighting even over her deathbed. He shows the boy how to operate his tape recorder and takes him with him around the city as he interviews youth and younger children.  Johnny’s interviews with the children and youth begin with, “When you think about the future, how do you imagine it will be?”

When Johnny has to go on a journey that will include Detroit, New Orleans, and other points, he takes Jesse with him, along with his two-member tech team who help watch the boy. Complications arise, but I will leave them for you to discover. Joaquin Phoenix proves again what a consummate actor he is, and young Woody Norman is a real find—hopefully this is but the first of film roles for him.

This is a tender film of relationships between adults and a child, sh owing that we all must be open to growing and adjusting with the unexpected “slings and arrows” that life throws our way.

Radio journalist Johnny slowly bonds with his young nephew Jesse while the boy's mother looks after a sick ex-husband.
Editor Rating ★★★★★4.5 out of 5
More Details