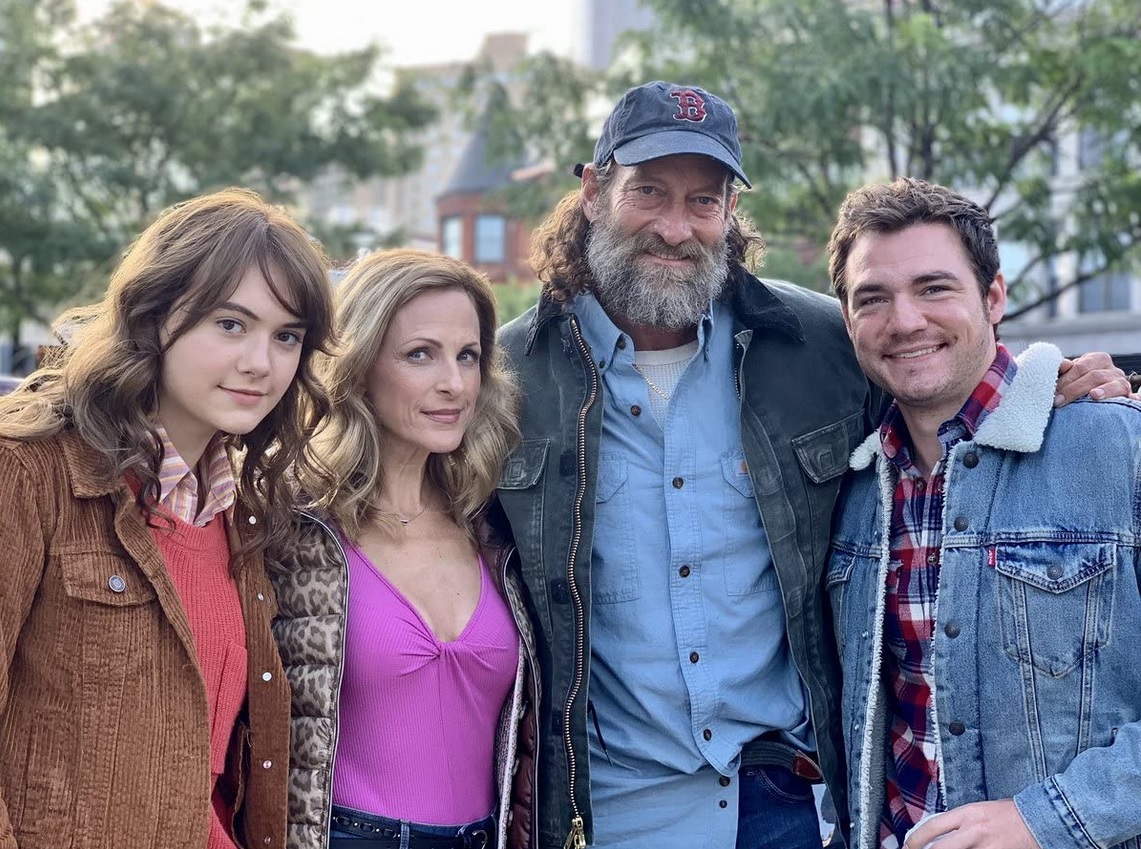 What is desirable in a person is loyalty, and it is better to be poor than a liar.


Speak out for those who cannot speak,
for the rights of all the destitute

Writer/director Sian Heder’s coming of age film is a remake of the French film La Famille Belier. The story centers on 17-year-old Ruby (Emilia Jones), daughter of the deaf Jackie and Frank Rossi (Marlee Matlin and Troy Kotsur). She has an older brother Leo (Daniel Durant), but he too is deaf, making her the only non-deaf member of her family. Thus, the film’s title comes from the acronym for Child of Deaf Adults.

Ruby has grown up learning ASL, pressed into service as the family interpreter whenever there are dealings with the outside world. She and her brother work on the family’s fishing boat docked at Gloucester. At high school she sometimes is so exhausted from working in the wee hours of the morning that she falls asleep in her classes. She has grown up as an outsider, mocked at grammar school because her speech was “different.” One day while she is opening her locker, a classmate declares for all to hear that Ruby smells of fish—this was on the day when she had rushed from the boat directly to class, with no time for a shower. Ruby does have a best friend in Gertie (Amy Forsyth), a girl always on the lookout for boys. Eventually Ruby’s brother Leo will attract her, so that her eye will rove no more.

Ruby decides to join the school choir because she enjoys singing. Bernardo Villalobos (Eugenio Derbez) is the somewhat flamboyant teacher who is pleased with her singing, offering her free lessons after class. However, when she is constantly late because of her fishing boat duties, he doubts Ruby’s sincerity, threatening to break off with her. Her family is upset with her one day when she is with her teacher while the Coast Guard board the boat because they did not hear their signal. Frank loses his license for this infraction and can get it back only by having a hearing person aboard at all times while he is at sea. Ruby’s prospects of earning a scholarship to the Berklee College of Music are good if she and her partner Miles (Ferdia Walsh-Peelo) can win an upcoming singing contest. Thus, the girl finds herself having to choose either her family or her dreams of a singing career.

There are also subplots—one dealing with her romantic attraction to Miles, and the larger one of her family and other fisher families being squeezed by the local corporation that purchases their fish. They have been paid so low that Frank rebels, setting up a rival company, a cooperative made up of other boat owners willing to risk joining with him. But for this to succeed, Ruby’s translating skills are necessary.

Sian Heder’s desire to give us an authentic story is evident throughout the film, beginning with the casting of deaf actors Troy Kotsur, Daniel Durant and Marlee Matlin, the latter an Oscar winner. The Rossis at home are like any close-knit family, bantering back and forth and joking. When Miles is invited to dinner, he marvels at, even envies, Ruby because his own family is consumed by bitter strife. There is a wonderful scene when the family attends the choir’s spring concert, at first totally not comprehending what is transpiring. But as Jackie looks around and notices how much the audience is reacting to the singing, she “gets it,” reversing her original negative view of her daughter’s desire to sing. This several-minute long scene helps us also “get it” in regard to experiencing what a deaf person goes through while attending an event based mainly on sound.

This is a feel-good movie that leaves you wanting to cheer, while at the same time enlightening you about the life of a portion of the population often made to feel that they are outsiders. It is also a heartwarming tribute to the power of family solidarity when the Rossis sneak into the balcony of the theater where Ruby is auditioning. I love the film also because the song that Ruby is singing is one of my favorite pop songs, Joni Mitchell’s “Both Sides Now.”

The film even has a fart joke, something that I have long despised in those comedies aimed at a 3rd-grade mentality released during the summer, but in this film, it is delightfully appropriate. I think it is Frank who says, “You know why God made farts smell? So deaf people could enjoy them too.”

By all means see this film! This would be a good one for a youth group to watch and discuss, youth so often on social media criticizing anyone who is different. Leaders should take note that the PG-13 rating is due to language, so parents should be apprised of this. Emilia Jones’ Ruby is a vibrant character both females and males should be able to relate to and root for.

High schooler Ruby, the only hearing member of her deaf family, has a good chance for a scholarship at a music college, but her family needs her badly as interpreter.
More Details