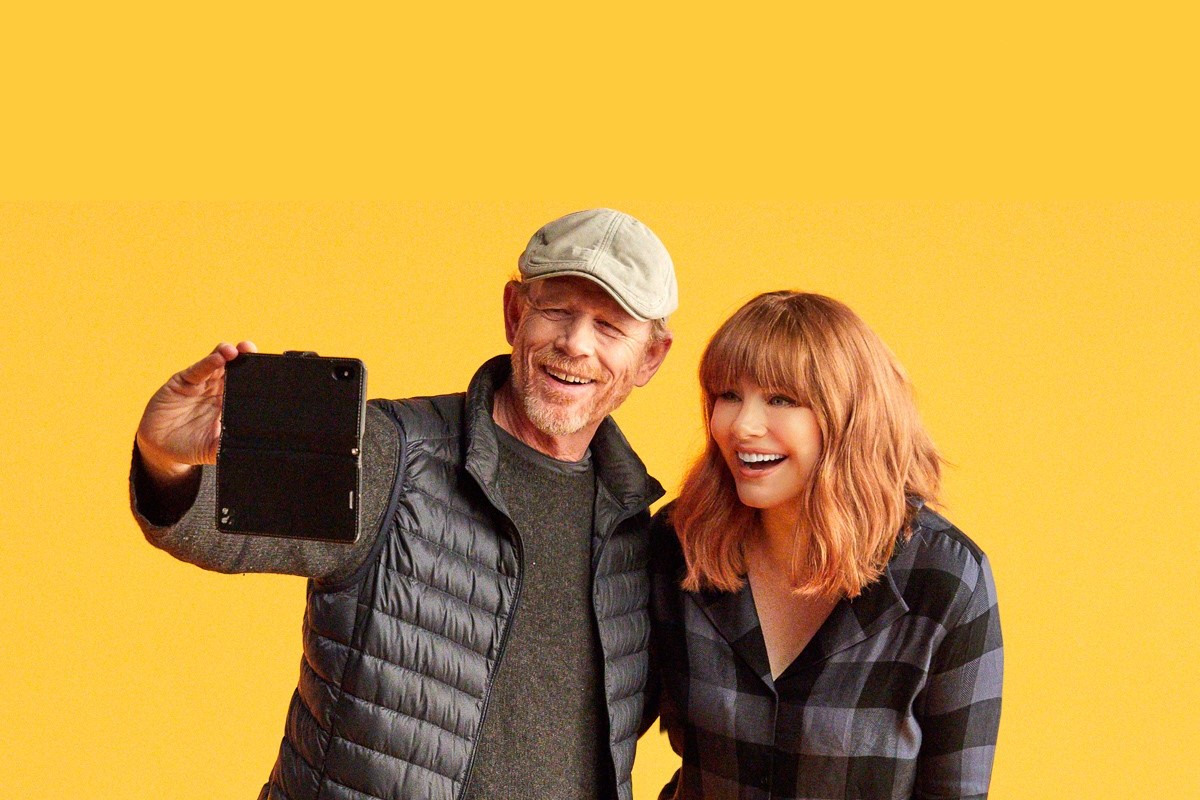 
When Israel was a child, I loved him,
and out of Egypt I called my son.
The more I called them,
the more they went from me;
they kept sacrificing to the Baals,
and offering incense to idols.

Yet it was I who taught Ephraim to walk,
I took them up in my arms;
but they did not know that I healed them.
I led them with cords of human kindness,
with bands of love.
I was to them like those
who lift infants to their cheeks.
I bent down to them and fed them.


And, fathers, do not provoke your children to anger, but bring them up in the discipline and instruction of the Lord.

This is a light-hearted yet thought-provoking film montage of fathers speaking about fatherhood. It’s light-hearted in that the celebrities that director Bryce Dallas Howard has assembled for her camera are stand-up comics or actors known for their comedy films. Yet, though their statements are humorous, they are often insightful, their wisdom gained from being actual fathers–men who have discovered that fatherhood is both a burden and a joy. These funny men turned wise men include Judd Apatow, Jimmy Fallon, Neil Patrick Harris, Ken Jeong, Hasan Minhaj, Conan O’Brien, Patton Oswalt, and Kenan Thompson. Also adding diversity are non-celebrities who, as we shall see greatly add to the diversity of the film, saving it from being a rich white man’s take on fatherhood.

Bryce is the daughter of Oscar winning actor turned director Ron Howard, so it should be no surprise that she spends a lot of screen time on Ron as father. Her brother Reed Howard is also a frequent participant, and just before the film is finalized, a new father himself. In one of his appearances Ron Howard admits self doubts about his being a father, stating that he didn’t think he could be as good a one as his father Rance. What a fine father the latter was is revealed in the vignette about Ron’s role as Opie in the beloved Andy Griffith TV series. The story is told in the first person because Bryce was able to film her grandfather telling the story. As his guardian Rance accompanied his young son during filming. At a read-through of a script Rance sat in for his son because the boy could not yet read. After reading Rance stood up and objected to the way that Opie make smart-alleck remarks. You’ll get laughs, the father told them, but you will damage his relationship to his father. Later Andy came to him and said that he talked this over with the writer during lunch. You are right, Andy said, and from now on we will base Opie’s relationship on how you relate to him as a father. Wow, what a revelatory insight into the development of an iconic show, one that my wife and I had come to love precisely because of the sensitive father-son relationship the show always depicted!

Along with the celebrities are three plain guys who, as mentioned above, add diversity to the film. In Brazil a man abandoned by his father speaks of wanting to be close to his son. A stay-home father, he blogs about the joys and responsibilities of fatherhood, based on the loving relationship with his little son. His father sees the blog and reconnects. Now a changed man, he becomes a loving grandfather. In Japan a father recounts how he once took pride in working over 100 hours a week, until illness made him quit his job, his wife agreeing to become the breadwinner. He found himself enjoying cooking and caring for the home. After a few years he wanted more, at last persuading his reluctant wife to give birth to a child. Now he revels in his relationship with their little boy, finding support for his unusual choice by joining with a mixed group of parents sharing their experiences of parenting. The third family is a gay couple wanting to have children. They decide that they will not break up siblings, so when the white pair come upon four black children, three brothers and a sister, they suddenly go, as one says, from no children to four. There are some problems, so the guys decide to give up their urban lifestyle and move to a farm. There are plenty of chores to keep all the children occupied and imbued with a sense of responsibility. The two brush aside the question of “Who is the mother, and who is the father?’ by declaring they are just parents.

There is enough material in this film for several discussion sessions, so that a group might watch the entire film, share initial reactions, and then in subsequent sessions, watch it in segments, getting more specific as to the different issues that are raised. To the question what constitutes a good father, this film presents as an answer a mosaic, with each of the participants offering an important piece. Jews and Christians, of course, have the insights of the Scriptures to help answer the question. The theme of fatherhood is a central one  there, from the Ten Commandments and the writings of such prophets as Hosea to the teachings of Jesus who addressed God as “daddy” and told the story of a dad who threw a party, so great was his love for his returning son–and one word that stands out in these pictures of fatherhood is “giving.” A father is giving—in the film the dad who says he would take a bullet for his child to the gay couple who give up their urban life to move to a farm for the sake of their four adopted children. And, too, virtually all report that in the giving they receive–something that they can never get from their work or wealth or fame.

The film is available on Apple TV+.