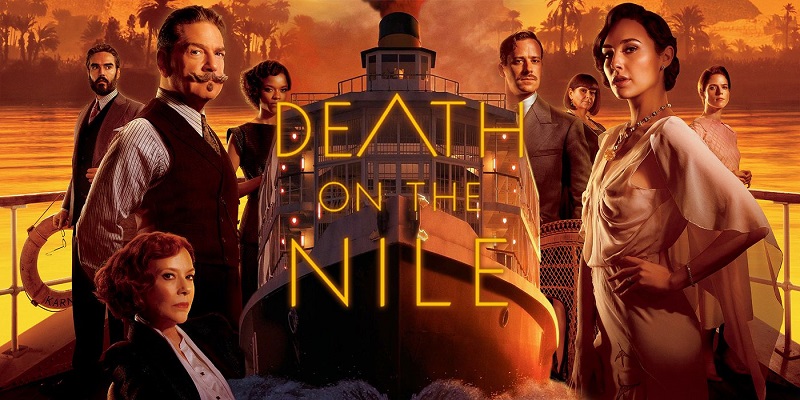 Break the arm of the wicked and evildoers;
seek out their wickedness until you find none.

Hercule Poirot again must solve a murder, this time several, on board a luxury boat on the River Nile. 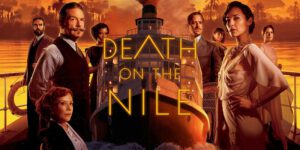 He’s back, that French detective with a mustache so large that it could be regarded as a fire hazard. Just as he was a passenger in 2017’s Murder on the Orient Express, so Hercule Poirot (Kenneth Branagh) is again a passenger, but this time on a luxury paddle boat a few hundred miles south—the Nile River. And although he is ostensibly on vacation, we know that eventually it will come out that he’s really on business—the business of murder.

Hovering over them like a dark storm cloud is Jacqueline (Emma Mackey), engaged to Simon until she had introduced her supposed friend to him. I am not sure why Linnette had not been able to get her kicked off the boat, but then there would have been no story, and no deaths if she had been able to.

Best thing about this Agatha Christy adaptation are the scenic settings and the gorgeous period costumes (1930s). The pyramids and the royal tombs are beautifully photographed and the recreation of a sumptuous and exotic hotel at the river’s edge makes me wish I could afford to book a room.

This visual parable can be seen as the fulfillment of the Psalmist’s wish. Detective Hercule Poirot is in the same business as the Lord, combatting “the wicked,” breaking their arm, that is overcoming their power until there “is none.” Though no great contribution to world cinema, this new chapter in the life of the great detective is reassuring in a world where evil is running rampant, murdering far too many innocents in a distant country, and spreading dangerous lies here at home, with the future very much unsettled. It’s heartening to know that Poirot will solve the crime and restore justice.