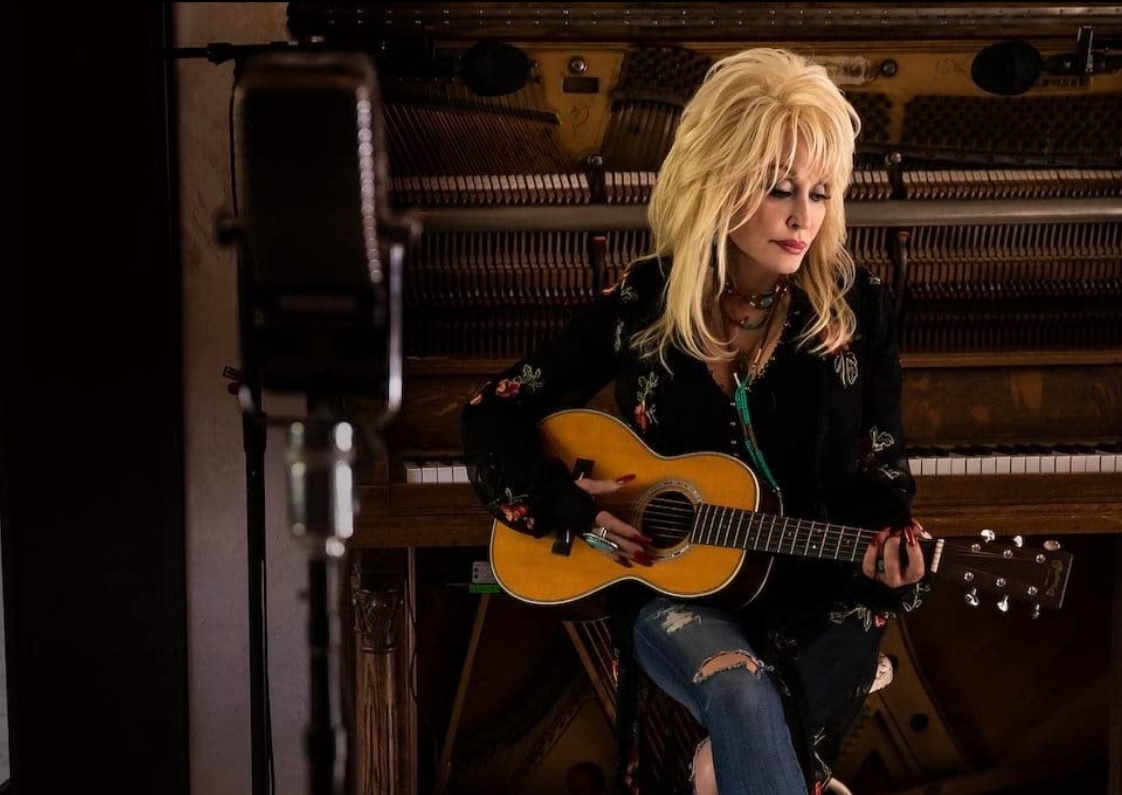 You don’t have to be a Dolly Parton fan to appreciate Francis Whately’s heart-felt documentary about the singer/song writer. The music alone should make it enjoyable, and the comments of a stage full of friends and admirers will add to your knowledge of the singer. Of all those testifying to her greatness as a songwriter I was especially glad to see Lydia R. Hamessley appear so often throughout the film, thus making this film a visual companion to her delightful book UNLIKELY ANGEL: The Songs of Dolly Parton.

Mac Davis, Linda Perry, Hillary Scott, and numerous studio musicians also testify to Dolly’s genius as a songwriter. Jane Fonda pops up several times to voice her admiration of Dolly as a woman who is not only talented but able to manage the business side of her career. Lily Tomlin joins Fonda in what might be the most popular of the interesting sequences, the two telling the story of the making of the movie 9 to 5. Jane mentions that Dolly said yes to her proposal upon the condition that she write the theme song. (Who could say No to that? And aren’t we all glad she wanted to write it?!)

Dolly herself makes many comments, including remarks about her stage look. She goes back to her childhood memory of seeing a local woman said to be “white trash,” dressed in her tight dress and big hair and herself saying,” That’s what I wanna be when I grow up: trash.” We are treated to clips from her career, from her days with “The Porter Wagoner Show” through the 50th anniversary of her very first performance at the Grand Ole Opry in Nashville, and beyond.

It can be said that Dolly Parton is a “one of a kind,” who might well have adopted the apostle Paul’s call not to conform to the world that he issued to the Christians in Rome. She has insisted on going her own way, even in regard to marriage. Before marrying Carl Dean in 1966 she had told him that she would not be the typical wife preparing meals and cleaning the house. After fifty years of marriage it is obvious that he had agreed to this, preferring to remain almost completely out of sight, never accompanying Dolly on her tours. Some of the musicians working with Dolly say they have never met the man. And, true to what Jane Fonda says about Dolly never revealing her secrets, Dolly during the snippets of her interview, never talks about her marriage.

That Dolly has been generous to her public we have seen, with her donation of a million dollars to fight the Covid-19 virus and her willingness to be filmed while being vaccinated so as to encourage her fans to follow suit. (Don’t you love her “remake” of “Jolene”? “Vaccine, Vaccine, Vaccine…”?

Some have complained that the documentary, which goes into such detail at times, leaves out Dolly’s collaboration with Linda Ronstadt and Emmylou Harris and her participation in the beloved film Steel Magnolias. While this is regrettable, these omissions could be due to copyright issues, and is certainly forgivable, considering what Francis Whately does give us. Watching this film is a great way to relax and enjoy the genius of a woman who has risen from poverty thanks to her musical talent and genius for business, as a fine singer and just as fine a songwriter.

The greatness of Dolly Parton as a songwriter is affirmed by numerous stars and experts in this look at her life and career.
Editor Rating ★★★★★4.5 out of 5
More Details