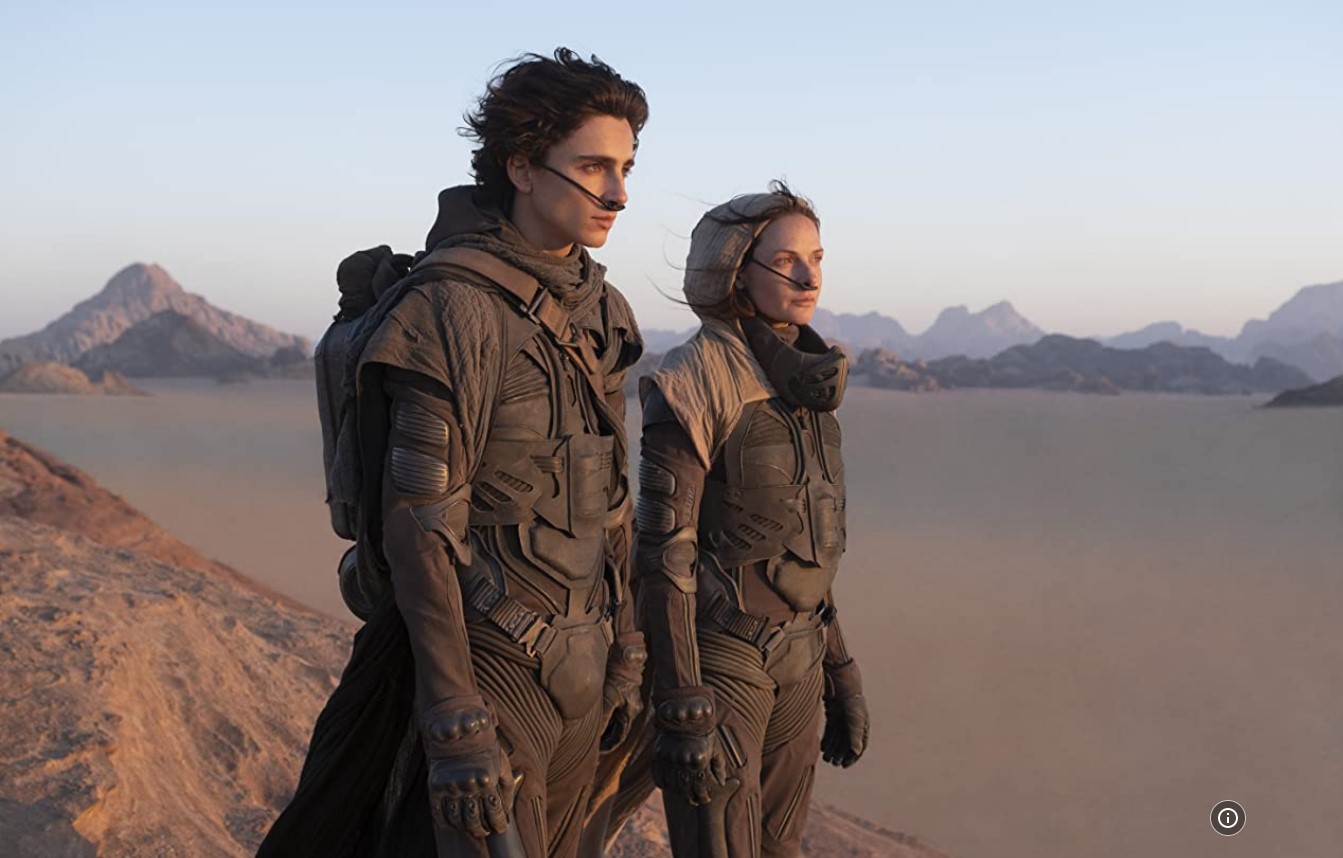 
Though an army encamp against me,
my heart shall not fear;
though war rise up against me,
yet I will be confident.

It’s been more years than I can remember since I have read Frank Herbert’s sprawling science fiction novel. Filled with the intricacies of an intergalactic empire in the distant future, the fight over control of a planet’s precious resource, and the natives’ resistance to colonialism, the novel seemed too big to film—and so it proved to be with the disastrous attempt made in 1984 by David Lynch. I recall sharing in the widespread disappointment back then, even though we respected the director so greatly for his other films.

This time filmmaker Denis Villeneuve proved wiser by deciding to film just half of the novel, rather than cram everything into one film, even a two to three hour one being far too short. The complex script, by Villeneuve, Eric Roth (A Star is Born) and Jon Spaihts (Doctor Strange), demands close attention, with the cuts to so many characters as the action mounts. I admit that at times I was confused as to who was who, my confusion partially due to my hearing impairment. Nonetheless, I had no problem enjoying the desert scenery and the incredible special effects, so enhancing to the story  itself.

Set far into the future, the story’s hero is Paul (Timothée Chalamet), son of Duke Leto Atreides (Oscar Isaac), of the powerful House Atreides. When Leto is assigned to be the fief ruler of Arrakis by the Emperor, Paul accompanies him, along with his father’s lover Lady Jessica (Rebecca Ferguson) to the planet. With them comes the veteran soldier Gurney Halleck (Josh Brolin) and hot-shot pilot Duncan Idaho (Jason Mamoa).

Arrakis is a desert planet, much like Tatooine, but far, far more dangerous due to enormous sand worms that can detect victims from afar and can swallow whole vehicles. The creatures grow up to 400 meters in length. Inhabited by tribes called Freman, the planet is of interest to the Emperor because it is the only source of melange, called “spice,” which is a sacred hallucinogen and necessary for intergalactic space travel, as well as a prolonger of life. The Emperor has hidden motives in appointing Duke Leo to replace Baron Vladimir Harkonnen (Stellan Skarsgård), who will revolt against the Atreides House and eventually destroy it. There is lots of action, and mysticism, with Duke Leto dying amidst a treacherous attack and Paul and his friends fleeing into the desert. Paul has visions of a young Freman woman named Chani (Zendaya). The Freman were the original human inhabitants of the arid planet who lived in small tribes and resisted outside rule. Their culture is centered on precious water and its preservation. The spice has caused them to have bright blue eyes and also, like the diamonds of Africa, drawn the ones who covet the spice for themselves. As Chani observes, “The outsiders ravage our land in front of our eyes. Their cruelty to my people is all I’ve known. What’s to become of our world, Paul?” Paul, we will see, will become an important part of the answer to her question.

Paul’s mother Lady Jessica Atreides (Rebecca Ferguson) has a bigger role this time than in the earlier film. Member of a mystical order, she says at one point,” I must not fear. Fear is the mind-killer. Fear is the little death that brings obliteration. I will face my fear and I will permit it to pass over me and through me. And when it has gone past… I will turn the inner eye to see its path. Where the fear has gone there will be nothing. Only I will remain.” Her words might well send believers back to Psalm 27, one of God’s great antidotes believers turn to in moments of danger.

Dune reportedly cost $185 million to produce, and this is evident by the incredible special effects. It will be enjoyable on the small screen, but demands a large theater screen to be fully appreciated. Those loving adventure laced with loyalty and betrayal will thoroughly enjoy this complex film. Paul Atreides might live in the distant future far removed from the time of the psalmist, but his struggle against evil is the same in the galactic empire as it was in ancient Israel. And it is the same God of justice who presides over both.

Science fiction has come a long way in my lifetime, emerging from a fringe genre with primitive special effects to today’s blockbuster status. And even garnering Oscar attention. Surely it will be a winner in one of the ten categories in which it has been nominated.

Dune is the story of Paul Atreides on the desert planet Arrakis as he joins with Chani & her Fremans to fight against the evil empire that covets the planet's priceless substance called spice.
Editor Rating ★★★★★4 out of 5
More Details