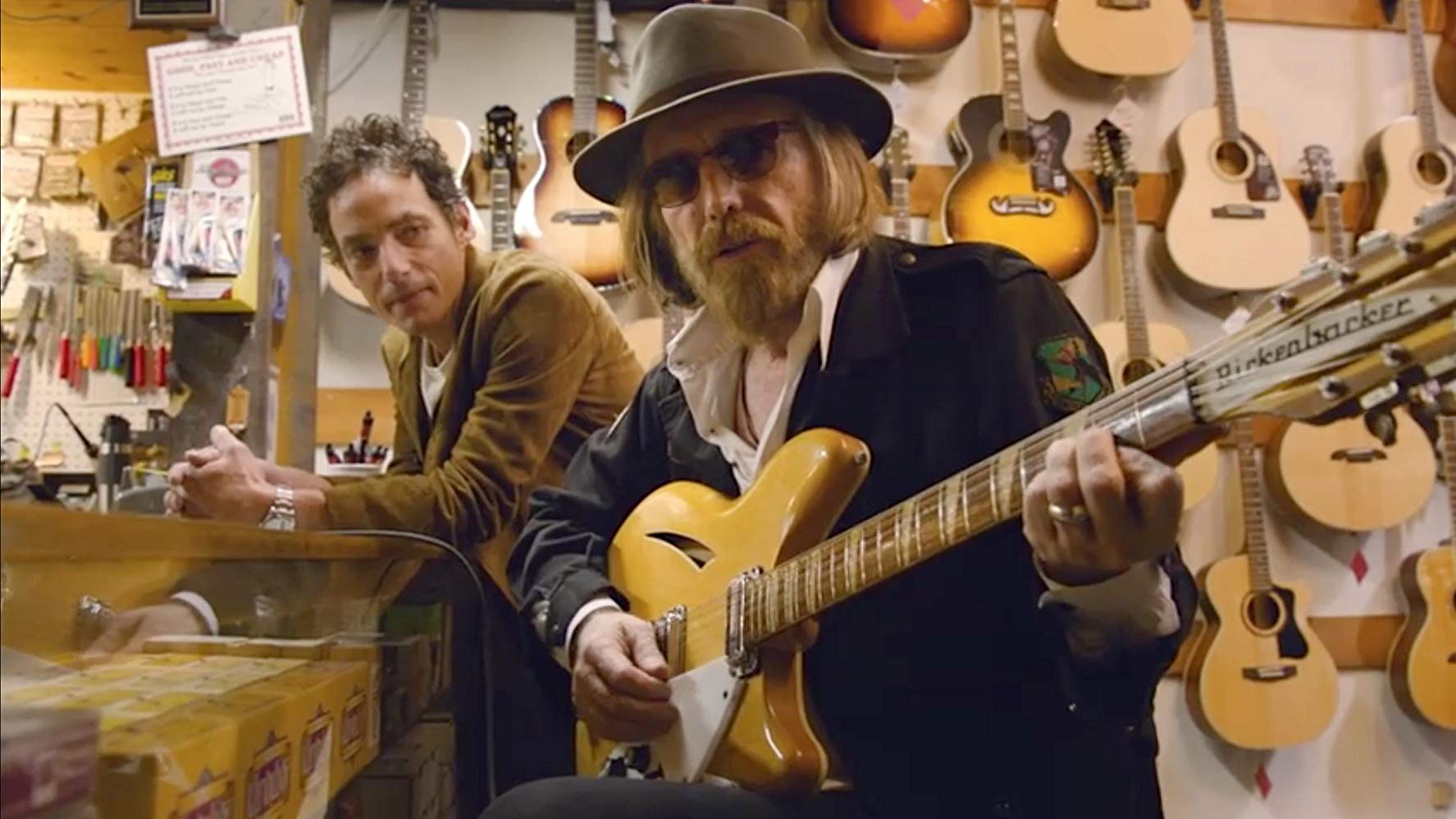 Director/writer/producer Andrew Slater has assembled a galaxy of musicians and uses Grammy award-winning musician Jakob Dylan as his host, who mixes and plays with the original artists and joins with a second generation of musicians to demonstrate the timelessness of the songs. (Yes, Jakob is the son of superstar Bob Dylan.) Mr. Dylan is as adept at his intermingling with and interviewing the stars as he is at performing their songs. The title’s canyon is Laurel Canyon, just a few minutes drive from Hollywood. For a few brief years in the late 60s it was a bee hive of musical creativity, ample proof provided by the host of songs that we are treated to, constituting what became known as “The California Sound.”

Sharing their memories and songs of the era are Tom Petty, Brian Wilson, Eric Clapton, Ringo Starr, Stephen Stills, Roger McGuinn, Michelle Phillips, David Crosby, Graham Nash, Jackson Browne, John Sebastian, and Lou Adler. They and others for a brief period lived close to one another, dropping in to one another’s homes and playing together. They forged what was called folk rock, their influence reaching back east where Bob Dylan shocked folk song fans by switching from acoustic to electric guitar. From many the many interviews we see cross fertilization taking place, with the Beatles influenced greatly by the Byrds, even as the Byrds sought to be “the American Beatles.”. We are told that during the latter’s visit to England, they and the Beatles hung out together.

Jakob Dylan leads present day musicians in paying tribute to the songs. Scenes from a theatrical concert attended by an enthusiastic audience are intercut at frequent intervals. He is accompanied on stage by present day stars such as Beck, Fiona Apple, Norah Jones, Regina Spekto, Cat Star, and others. We also hear a number of times from Ringo Star.

What a delight that Andrew Slater was able to elicit so much from so many stars of the era. His having served as a music critic, manager, record producer, and the CEO of Capitol Music must have been a big help in securing the rights clearance for the music. The eclectic list of songs start with the folk “Turn, Turn, Turn” and “The Bells of Rhymney,” to “California Girls,” “California Dreaming,” “Dedicated to the One I Love,” “Monday, Monday,” Mr. Soul,” “Questions,” What’s Happening,” “Expected to Fly,” “Pet Sounds,” and such Beatles’ songs as “I Want to Hold Your Hand,” and “If I needed Someone.” And many more.

The film demonstrates well what a fertile period those brief years were. It also lightly touches on the music makers ‘drug use and their promiscuous sex. I started to write “of the times,” but realize that if we were dealing with the age of Mozart (and one interviewee compares Brian Wilson to that great classical composer), sex outside the bounds of marriage probably would have been as prevalent.

Although none of the talented musicians in director co-writer Andrew Slater’s documentary evoke Psalm 108, or are ever likely to, the same Spirit, I believe, inspired them all. (Not, of course, that the creators of the Psalms resorted to drugs or indulged in free sex, as did some of the canyon dwellers in the film.)The film leaves it up to viewers to make their own moral judgment on the artists’ personal lives, but enthusiastically invites us to revel in the music they produced. It is the latter that makes this an invitation worth accepting.

Chronicles the brief period in Laurel Canyon during the 1960s when a concentration of musicians created folk rock or the California Sound.
Editor Rating ★★★★★4 out of 5
More Details